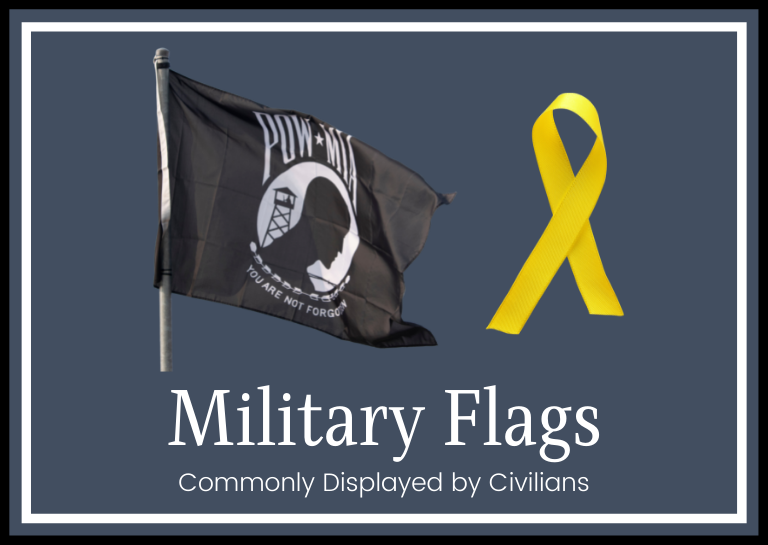 As an institution, the military is known for its steadfast adherence to tradition and love of symbolism. But those who belong to the Armed Forces aren’t the only ones who find value in maintaining symbolistic traditions. Families and loved ones of those who serve in the Armed Forces are often equally as proud to display their connection to the military. Which is why, in addition to the U.S. military flags specific to each service branch, there are some flags and symbols often presented by military families and supporters.

Here are the three U.S. military symbols (and their meanings) most commonly displayed by civilians in the U.S., plus a little bit of history about each.

The Blue Star Service Flag, or Blue Star Military Flag, was designed by a WWI Army Captain whose two sons were serving on the front lines of the war. This flag quickly became the unofficial symbol of families with a child in service, and these families became known as Blue Star Families. (Note: During the first world war, families who lost their child in service began to cover their blue star with a gold star to indicate the service member had died. These families are referred to as Gold Star Families.)

Although still “unofficial,” use of the Blue Star Service Flag became much more widespread during WWII. In 1960 the Blue Star Mothers of America was established, and in 1966 the design of the Blue Star Flag was made official by the Department of Defense.

The Blue Star Service Flag is authorized for displayed by spouses, parents, stepparents, children, stepchildren, and siblings of members of the U.S. Armed forces. The Service Flag is an indoor flag which is intended to be hung, facing out, from the front window of an authorized family member’s home. 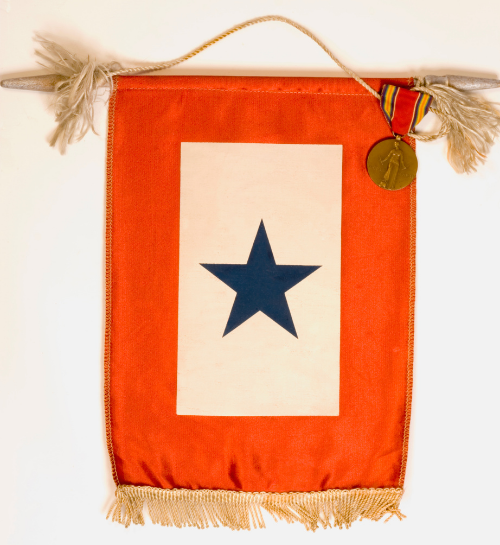 In the late 1960’s a loose establishment of an organization for POW/MIA families began on the west coast. The group included spouses, children, parents, and siblings of Americans listed as prisoners of war, former prisoners of war, missing in action, killed in action, or body not recovered – all from the Vietnam War. This initiation stemmed from the belief the government was downplaying the POW/MIA issue which existed during the Vietnam War.

Both the issue and the organization gained steam after the first official POW/MIA story was published in 1968. Two years later, the necessity for formal incorporation was recognized and the National League of American Prisoners and Missing in Southeast Asia – also known as the National League of POW/MIA Families – was born.

Board members felt the need for an official symbol to represent our missing service members, and they got it. The POW/MIA flag was designed in 1970 and was officially adopted by the League in 1972. In an historic piece of legislation, the POW/MIA flag was installed in the U.S. Capitol Rotunda in 1989 as a symbol of America’s commitment to the U.S. service men and women who remain unaccounted for. 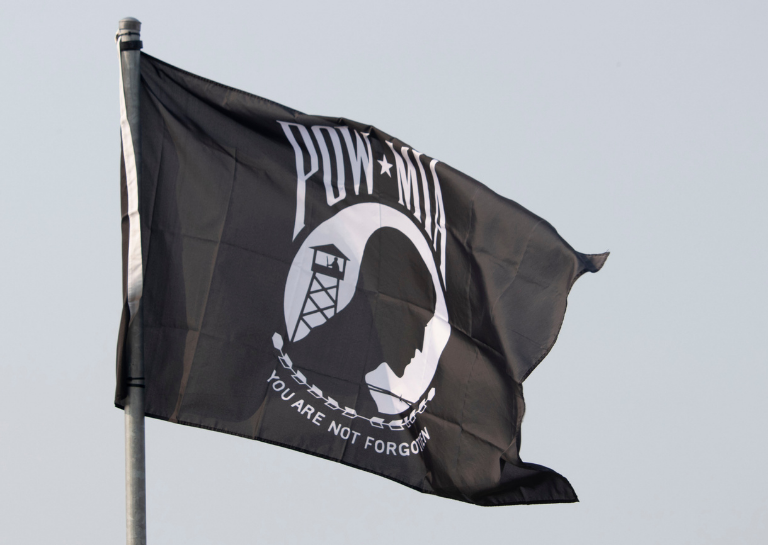 The meaning and history of the yellow ribbon, at least as it refers to the military, isn’t particularly clear. As a military symbol, it’s been around for quite some time, but what it represents has changed over decades, perhaps even centuries.

What does a yellow ribbon mean outside of the military?

First and foremost, yellow ribbons have long been used to signify that an individual is awaiting the return of a loved one. While this may have been a loved one in military service, it wasn’t exclusive to the military. This tradition seems to have roots in Puritan history and is believed to have been brought to America by early English settlers.

In the early 1900’s the song, “Round Her Neck She Wears a Yeller Ribbon,” was a popular Army Marching song. Many iterations of the song, as well as a sequel to it, have been written and performed since this time.

Yellow ribbons as a symbol of military reverence and recognition weren’t popularized until the Iran Hostage Crisis in 1979. It was at this time that a ladies’ service organization in Kentucky campaigned to tie a yellow ribbon around the towns’ public trees in support of the hostages being held in Iran.

The tradition grew in popularity when the wife of Bruce Laingen, the most senior service officer being held hostage, tied a yellow ribbon around a tree in the front yard of her Maryland Home. At this time the ribbon was meant to symbolize the resolve of the American people to bring the hostages home safely.

Yellow ribbons gained renewed popularity during the Gulf War in the early 1990’s and often appeared alongside the slogan “Support Our Troops.” Again, yellow ribbons were tied to trees. Additionally, they were seen pinned to lapels, tied to vehicles, and displayed in windows. Although the circumstances differed from the hostage crisis, the sentiment was the same: we support those sacrificing for our country and we hope they are brought home safely.

It’s safe to say that no matter when a yellow ribbon is displayed, it is intended to be a symbol of the binding ties between loved ones separated by military conflict. 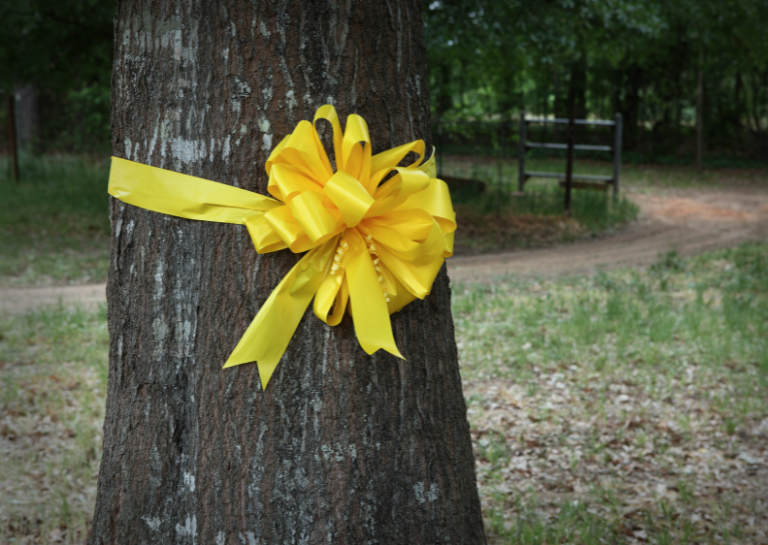 Want to learn more about military flags, their history, and what they symbolize? Check out part one of this series and subscribe to our military blog so you never miss another post.

Operation Family Caregiver Provides Coaching and Support to Those Caring for... Scroll to top
Follow a manual added link