You are here: Home / Military Blog / Holidays & Events / Celebrating Independence Day: The History Behind the 4th of July 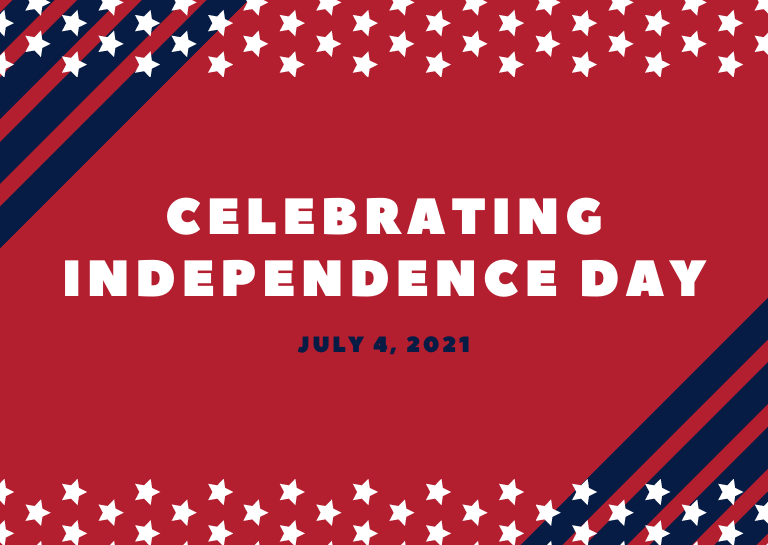 In just a few short days Americans will don their red, white, and blue and gather for backyard barbeques and neighborhood pool parities before watching fireworks illuminate the night sky. Traditions for celebrating Independence Day in the United States have changed very little over the almost 250 years since the first commemoration of America’s independence. But why do we celebrate the 4th of July as America’s official birthday?

Why do Americans Celebrate the 4th of July?

Americans began celebrating Independence Day to honor the July 4, 1776 signing of the Declaration of Independence by the 2nd Continental Congress, which included representatives from all 13 American colonies.

The American Revolution began not as a fight for complete independence, but rather for colonial representation within the British government and increased autonomy from the empire. However, after colonists’ pleas for fairness fell on deaf ears and physical demonstrations were met with brute force, the Founding Fathers recognized an increasing need for complete separation from British rule.

The war officially began with the shot heard around the world in April of 1775, and the motion for complete independence was introduced by Virginia delegate Richard Henry Lee on June 7th of the following year. A five-man committee was appointed to draft the Declaration of Independence. John Adams, Roger Sherman, Benjamin Franklin, and Robert Livingston all worked with Thomas Jefferson to create the document which would serve to publicly sever ties with Britain.

This document was presented to Congress on June 28th, and the official vote to break from the crown took place on July 2, 1776. Two days later the draft was completed, and the Declaration of Independence was signed by each member of the 2nd Continental Congress.

U.S. Independence Day in 1776 had an impact that reached past the 13 colonies and Britain. In the years that followed, other colonies around the world began declaring independence from the European empires by which they were governed.

Fourth of July Facts and History

Impress the guests at your BBQ this year with some 4th of July history and trivia.

Independence Day was established as a Federal holiday by Congress in 1870.

Celebrating Independence Day During the War

Just after the resolution to separate from the British Empire was passed, John Adams famously wrote to his wife that July 2nd “will be celebrated by succeeding generations as the great anniversary festival,” which would include, “pomp and parade, games, sports, guns, bells, bonfires, and illuminations from one end of [the] continent to the other, from this time forward forever more.”

He may have had the date wrong – John Adams believed the day of the vote, not the day of signing, should have been celebrated as America’s official day of independence – but he got the celebrations right.

On July 4th of the following year, even amidst a war, celebrations were held in honor of America’s Declaration of Independence. An official dinner full of toasts, a 13-gun salute, speeches, prayers, music, and fireworks was held in Philadelphia for the Continental Congress. At the same time, John Adams and Benjamin Franklin, who were in France negotiating the Treaty of Versailles in the years following the signing of the Declaration of Independence, held a similar dinner for their fellow Americans in Paris.

Happy 4th of July celebrations continued throughout the war years. One of the most notable at the time was quite simple. George Washington is said to have issued double rations of rum to all of his soldiers to honor America’s birthday.

Celebrating Independence Day remains an important piece of American culture today. We still honor American Independence with local parades and family gatherings followed by some serious fireworks. The American Pyrotechnics Associations estimates that more than 14,000 fireworks displays are enjoyed on July 4th ever year. Check out this list of July 4, 2021 fireworks in every state to find a celebration near you.

Learn More About the American Revolution

To learn more about America’s fight for freedom and the events leading to Independence Day in 1776, check out our list of the Greatest American Revolutionary War Movies which includes several documentaries and docuseries.

Hope for the Warriors