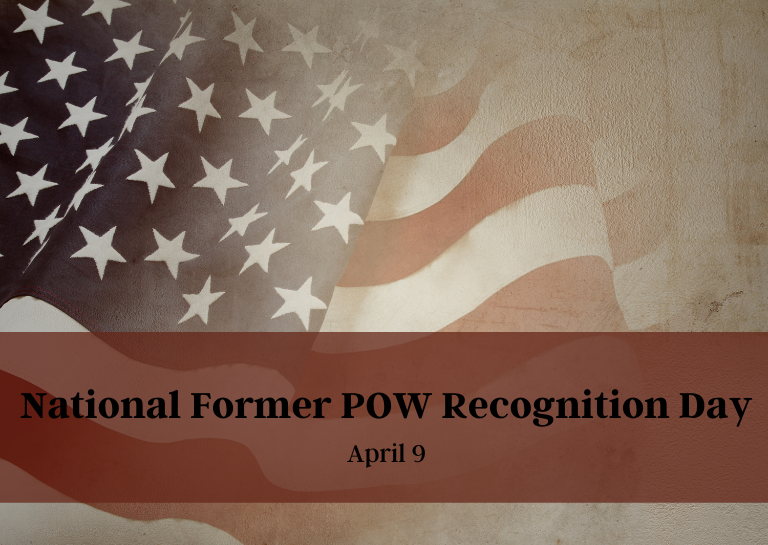 National Former Prisoner of War Recognition Day was initially signed into law by President Regan in 1987. At its inception, Former POW Recognition Day was established to honor the surrender of up to 80,000 U.S. and Filipino service members to the Japanese Army during the Bataan Death March on April 9, 1942. It has now come to be inclusive of all U.S. conflicts, and we honor more than 500,000 American soldiers captured while protecting our country.

Government officials, veterans, and many military-based organizations observe this day of recognition with ceremonies and events. Some states fly the POW/MIA flag on this day, as well.

If you are looking for ways to honor former POW veterans, consider volunteering at your local VA chapter or other veteran organization. And of course, take to social media using the hashtag #FormerPOWRecognitionDay on Twitter and Instagram.

National Former POW Recognition Day is one of two POW recognition days in the United States. National POW/MIA Recognition Day is a day of remembrance to honor those who were captured and are still unaccounted for. This day is observed on the third Friday of September.

The Woobie: Blanket, Poncho Liner, and So Much More Scroll to top
Follow a manual added link