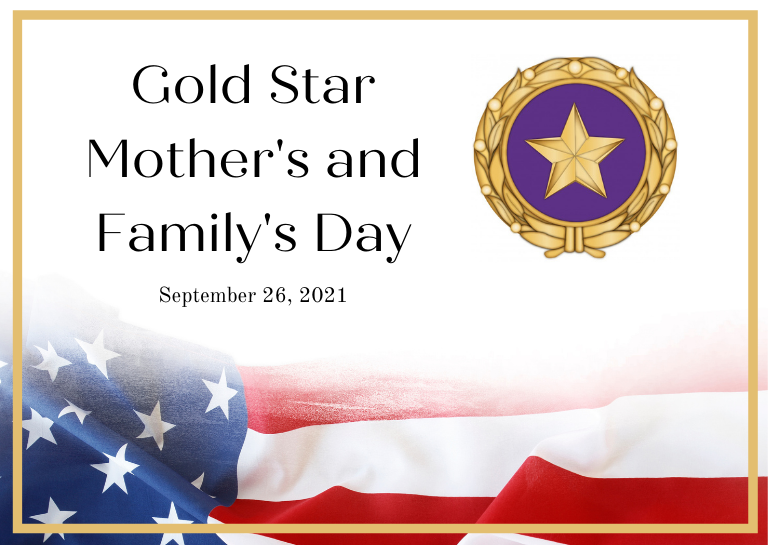 The American Gold Star Mothers, Inc. was officially established as an organization in 1928, but its dates to more than a decade earlier.

Grace Darling Seibold volunteered much of her time during WWI visiting stateside military hospitals. She provided a friendly face as well as a comforting presence, easing the pain of the many servicemen who returned with injuries. She did this not just for their benefit, but for her own as well. Grace said goodbye to her 23 year old son, George, when he left to take an aviation assignment in France just as the United States entered the war in 1917. By early 1918, letters from George stopped arriving, and in October the Seibold family received the terrible news that he had lost his life almost a year before.

Grace, fearing the self-destruction that can come with grief, devoted her time and efforts to working in the hospitals and extending a hand of friendship to other mothers whose sons lost their lives in military service. She organized a group of these special mothers, and together they provided loving care to hospitalized veterans far from their homes and their own mothers.

Membership to this organization again opened after World War II and the Korean War. Today, membership is open via application to any natural, adopted, or step mother who’s child lost their life as a result of military service. Gold Star fathers, siblings, and grandparents are also able to join as associate members.

Gold Star Mother’s Day was established by Presidential Proclamation in 1936 and is celebrated on the last Sunday in September every year. Recently, the day of recognition was designated Gold Star Mothers and Family Day to honor all who have lost a child, grandchild, or sibling as a result of their military service. (Note: Gold Star Spouses Day is honored separately, on April 5th, each year.)

The organization credits its success to the bond of mutual love, sympathy, and support of Gold Star Families who have channeled their grief to help lessen the pain of others. Visit the American Gold Star Mothers, Inc. fundraisers page to help support gold star families.