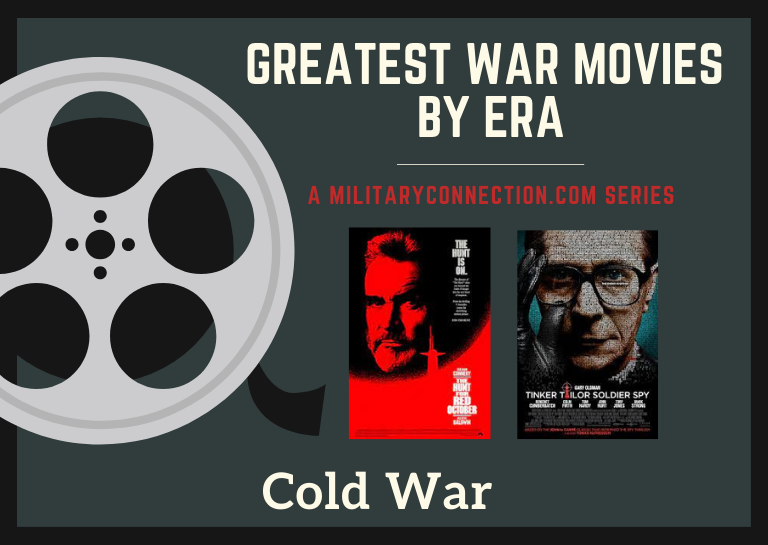 When setting out to write a Cold War Movie Review, it became clear that films about the era are very different than other films highlighted in our Greatest War Movies Series. This is, of course, because the Cold War was not a war in the typical sense. It was a period of tension between the U.S. (and our Western Bloc allies) and the Soviet Union (and their Eastern Bloc allies).

While official start and end dates are difficult to pinpoint, most agree that the Cold War spanned the 40+ years between the end of WWII in 1947 and the dissolution of the Soviet Union in 1991. The term “Cold War” was used because there was no large-scale fighting in this conflict. Rather, the term describes the span of time and the actions taken during it.

The best Cold War films were created during one of two time periods. The first – near the beginning of the Cold War, after most of the famous WWII movies of the time had been imagined, filmed, and released. These films were unique in that they were at the forefront of cinema during the conflict. The second – years after the end of the conflict, most within the past decade, and all with the advantage of hindsight regarding the ways in which the Cold War influenced world culture.

That said, our Cold War Movie review offers an interesting look into how the war was viewed both during and after, as well as perspective on its impact has changed over time. Here are the ten famous movies about the Cold War on Netflix, Amazon, and other streaming services. You’ll want to add these to your watchlist this fall!

Dr. Strangelove Or: How I Learned to Stop Worrying and Love the Bomb is a Cold War movie classic. Stanley Kubrick’s satire about the Cold War is based on Red Alert, a 1958 novel by Peter George, and features an all-star cast including Peter Sellers and George C. Scott. The story unfolds as an unstable U.S. Air Force General orders a nuclear attack on the Soviet Union. Governmental officials along with an RAF exchange officer attempt to prevent the attack, which would inevitably start a worldwide nuclear war. Although the film is about a subject which is undeniably “not funny,” Kubrick brings an air of humor to a difficult topic, and to this day, Dr. Strangelove is considered one of the best comedies ever made. 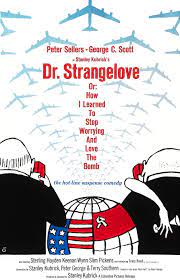 A Cold War thriller film based on the novel of the same name depicts a fictional account of what was, in reality, very nearly a nuclear crisis. Henry Fonda, Walter Matheau, and Frank Overton are just a few of the performers featured in Fail Safe, which not only illustrates the tensions between the Soviet Union and the United States during this tumultuous time, but reminds us just how close our two nations may have come to mutual destruction. 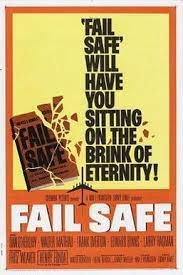 The Manchurian Candidate is a true psychological thriller about the Cold War, and stars none other than Frank Sinatra in the leading role. The plot centers on Korean War Veteran, and member of a prominent political family, Raymond Shaw who is brainwashed by the Soviets after his unit is captured. Upon his return to the States, Shaw becomes an assassin for the enemy, aiming to ultimately overthrow the U.S. Government. Following its release, the film was nominated for best supporting actress and best editing among many additional accolades. The Manchurian Candidate is considered a film of historical significance and has been preserved in the National Film Registry by the Library of Congress. 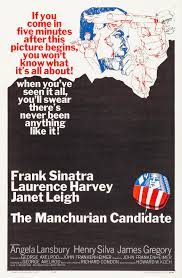 By far the best cold war spy movie from the 60’s, The Spy Who Came In From the Cold is a British film based on a John le Carre’s novel. When a British agent is tasked with infiltrating East German operations and providing damaging, inaccurate information about German intelligence officers, he is equal to the task. Agent Alec Leamas pretends to have left the British intelligence service and presents as a washed up, angry, alcoholic who then allows himself to be recruited by German agents in England. 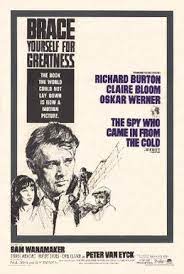 Based on Tom Clancy’s debut novel featuring Jack Ryan, the Hunt for Red October follows Soviet Marko Ramius as he defies orders and heads for the United States in his submarine, the Red October. State of the art technology makes his sub difficult to track, but Ryan (played by Alec Baldwin) sets out on a mission to track the Red October and prevent a potential attack on the United States. 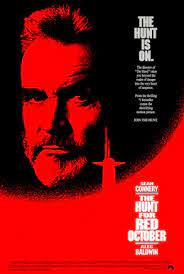 There are quite a few military movies based on true stories of the Cold War, and Charlie Wilson’s War is one of the most famous. Notorious congressman Charlie Wilson partners with a Texas socialite and CIA agent in an unlikely alliance to help Afghan rebels fight against invading Soviets. Actors Tom Hanks, Julia Roberts, and Phillip Seymore Hoffman star as the incredible trio whose covert operations eventually contribute to the fall of the Soviet Union and aid in ending the Cold War after 45 years. 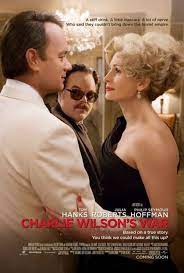 Among the Cold War movies on Netflix these days, this one is sure to be a favorite. Set in 1970’s England, the head of MI6 seeks to uncover the identity of a Soviet spy in his ranks. When the mission goes bad and the person with the information is killed before he can reveal the spy’s identity, a veteran agent is called in from retirement to find the mole and prevent further dissemination of British secrets to the Soviets. An all-star British film cast including Simon McBurney, Gary Oldman, and John Hurt bring this story, full of twists and turns, to life with upmost skill. Tinker Tailor Soldier Spy is a must for anyone who wants to understand how and why the Western Bloc was so committed to seeing the Cold War through to the end. 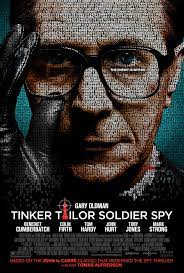 In the midst of the Cold War, the Soviets captured U-2 spy plane pilot Gary Powers after shooting down his aircraft. Powers is sentenced to ten years in a Soviet prison and his only hope of release lies in CIA operative James Donovan. Donovan embarks on an intense negotiation mission for the release of Powers in exchange for a former Soviet spy who has spent the past three years in U.S. prison. What ensues in Bridge of Spies is a modern take on the classic Cold War spy thriller, brought to life by the genius of Steven Spielberg and Tom Hanks. 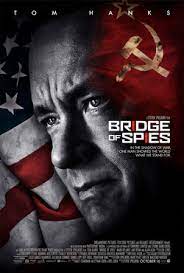 We couldn’t have a list of films about the Cold War without including Cold War, now could we? This historical drama was actually co-produced by U.S., British, Polish, and French studios. The film is set in post-WWII Poland and France where a musical director discovers a talented young singer, and their love story unfolds over the course of more than two decades. This less-than-typical Cold War movie highlights the ways in which the Cold War impacted the lives of everyday people around the world. 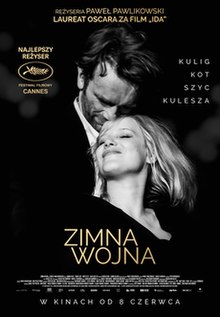 Another film which is more of a movie set during the Cold War, rather than a famous movie about the Cold War, we had to include First Man in our list because it covers one of the most significant, albeit peripheral, events of the war. This biographical drama portraying Neil Armstrong follows the astronaut in the years leading up to the Apollo 11 mission and moon landing. The film was nominated for four Oscars, two Golden Globes, ten Critics Choice Awards, and seven British Academy Film Awards. In short, we think it has more than earned its place on our list, despite it’s less than impressive box office debut. 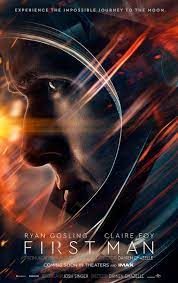 If you liked our Cold War Movie Review, read more of our Greatest War Movies Series in which we share the best films about each major American military conflict. To date, we’ve covered movies about the American Revolution, Civil War, WWI, WWII, and the Vietnam War (with more to come).