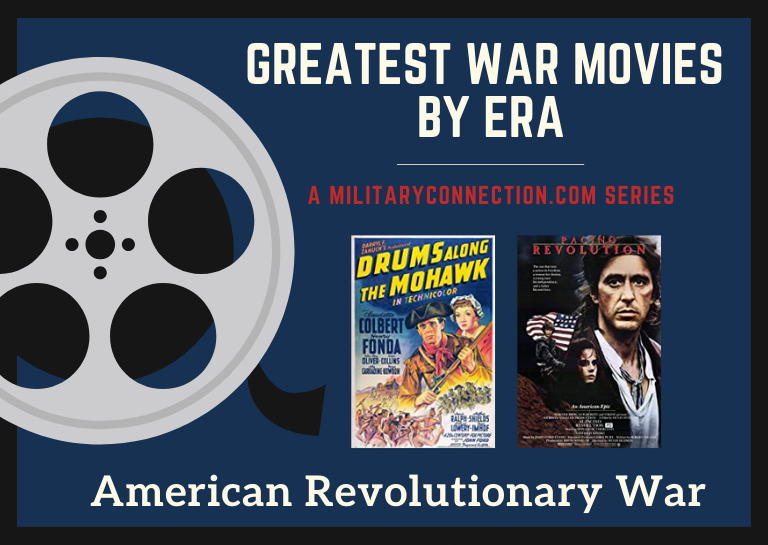 The American Revolution was, hands down, one of the most significant periods in our Nation’s history. Colonists fought for years against the injustices brought by the British Empire. Interestingly, there is little cinematic portrayal of this pivotal period. There are plenty of famous war movies depicting other conflicts in U.S. history such as The Civil War, World War II, and the Vietnam War. However, a truly definitive American Revolutionary War movie has yet to appear.

Perhaps this is because early attempts at these films flopped. Perhaps it’s because there is relatively little public interest in this time period. However, due to the success of several television series set during the American Revolution, it seems most likely that the complexities of the Revolution couldn’t be accurately portrayed in just a few hours.

Regardless, there are still a handful of major motion pictures and made-for-TV movies which carefully tell the story of America’s fight for independence. Add to that a few television series that do the same, and you have the 10 best movies and television shows set during the American Revolution.

Note: You can find nearly all ten of the best American Revolutionary War movies on Netfilx or other streaming services. We’ve included links to each.

This fictional representation of life on the New York Frontier during the American Revolution provides a unique plotline. A family leaves their comfortable lives in the city to settle on the Frontier. As the Revolution gains strength, British and Indian armies attack their land. They eventually flee before their home is destroyed and they are forced to seek refuge with a wealthy widow. Drums along the Mohawk might not be the best movie about the Revolutionary War from the perspective of a history buff, but the film paints an accurate picture of circumstances in which many settlers found themselves at the time. 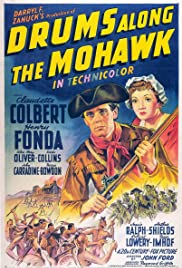 The Scarlet Coat tells the story of Major John Bolton who, while working undercover in the British Army, finds an unlikely friend in British Major, John Andre. What follows is a tale full of twists and turns as the “friends” attempt to outsmart each other in an effort to help their respective countries win the war. The film boasts a historically accurate plotline and covers topics not referred to in most modern stories of the Revolution. 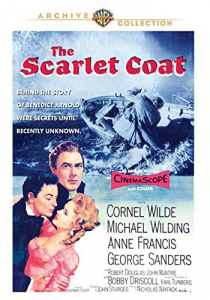 As far as true war movies about the American Revolution go, The Devil’s Disciple does have its problems. In fact, it faces fire from film critics to this day, but it makes our list because of its poignant portrayals of the drama faced by many New England families during the crucial 1777 Campaign. While there aren’t streaming options available for this one, the 1987 BBC remake can be viewed on Amazon. 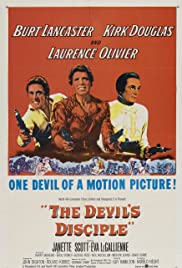 A film adaptation of the Tony Award-winning musical, 1776 features some of America’s most notable Founding Fathers and their experiences as members of the Second Continental Congress. The drama surrounding the decision to declare independence from Britain lends itself to a tumultuous plot filled with thoughtful dialogue, much of which was taken directly from letters and memoirs of those present during the creation of the Declaration of Independence. 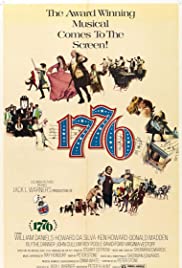 Al Pacino stars as a Colonist and fur trapper who is drawn into the War after it hits close to home. Revolution seems to make every list of the best Revolutionary War movies, but it also tends to be highly criticized. Our suggestion: enjoy it for what it is, and don’t expect it to be something it’s not. You won’t get a deep dive into historical figures of the period, but you’ll certainly get a great feel for the time. While the acting might not be top notch, the set design, art direction, staging, costumes, and cinematography are. 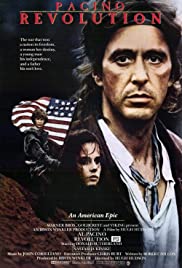 Young Adam experiences the Shot Heard Around the World and the Battle of Lexington first-hand. In this coming-of-age tale, April Morning illustrates the grief, fear, and confusion experienced by so many young men thrust into the War. The made-for-TV film has been applauded for its attention to historical details many other Revolutionary War movies overlook, such as the distinction among shades of red worn by the British as well as the use of uniquely authentic dialogue. 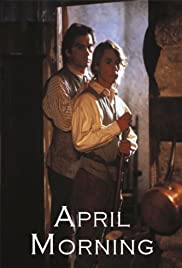 While facing near constant defeat and loss, George Washington fears the Revolution will quickly collapse if he doesn’t turn things around. He plans a surprise attack on the British in Trenton. The movie portrays his crossing of the Delaware and the subsequent battle, which played a pivotal role in the American Revolution. This A&E film is praised for its authentic atmosphere and fantastic cinematography. Unavailable for streaming as of this writing, The Crossing can be purchased on DVD from Amazon. 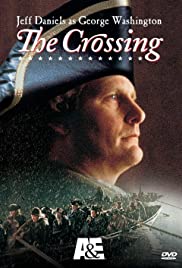 Perhaps the most famous American Revolution movie on our list, The Patriot is the fictional tale of peaceful southerner, Benjamin Martin. Famously played by Mel Gibson, Martin finds himself driven to lead a group of revolutionaries after the Redcoats murder one of his sons and capture another. While this film has been attacked for its historical inaccuracies, it remains a dramatic piece of cinema that depicts the complexity of the American Revolution, with some epic battle scenes, to boot. 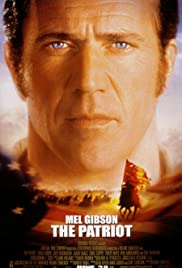 One of the best American Revolutionary War movies, according to historians and film buffs alike, is not a movie at all. It’s the HBO miniseries, John Adams, based on the Pulitzer Prize winning biography of our Nation’s second president. Because the series portrays events of the American Revolution as they relate to Adams, there are few battle scenes, if any. The series is recounts circumstances which led to the Revolution, the politics involved in winning the war, and the events that occurred after American victory. Each of the seven episodes focuses on a particular turning point in the Revolution, and the series spans the fifty years that encompass Adams’ political career, retirement, and death at age 90. 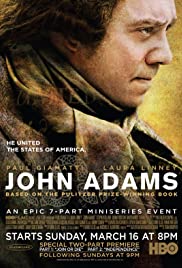 This one is an AMC TV show initially focused on the Culper Spy Ring, which is said to have turned the tide in favor of America during the Revolution. Successive plotlines tackle Benedict Arnold’s betrayal as well as the Siege of Yorktown. Turn aired for four years, so the plot is highly fictionalized. But as with most other television shows on this list, it hit the nail on the head in terms of costume and set design. Furthermore, the long-term nature of the show allowed for deeper dives into pivotal moments of the American War for Independence. 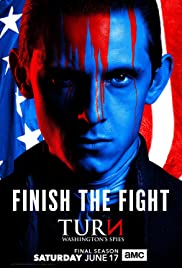 Additional American Revolution Movies on Netflix and other streaming services, or available for purchase on DVD:

Benedict Arnold – A Question of Honor

War for a New Nation

This post is the first in our Greatest War Movies by Era – A Military Connection Series. Check back for top films set in other eras such as the Civil War, World War I, Post 9/11, and more.