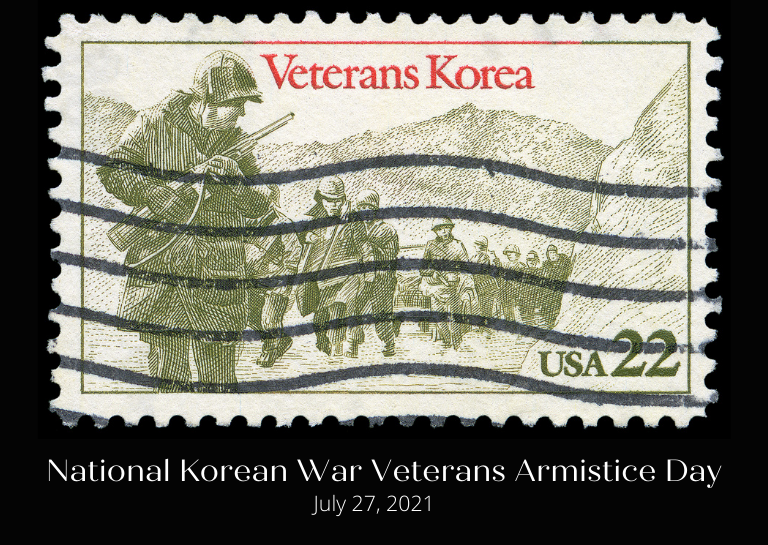 “American service members, along with our United Nations counterparts, fought through some of the most unforgiving terrain and weather conditions on the Korean Peninsula.  Through searing summer heat, bitter winter cold, and torrential rains, our forces fought with relentless courage, resilience, and perseverance.” – President Joseph R. Biden, July 26, 2021

Why did the Korean War Begin?

If you want to know why did the Korean War end, we must first discover why it began.

Korea had been occupied by Japan beginning in the early 20th century. When the Soviet Union declared war on Japan during World War II, the northern part of the country was liberated from Japanese occupation. After the end of World War II, Korea remained divided into what would quickly become Communist North Korea and Democratic South Korea.

The nation of Korea was described as strategically non-essential to the United States by the time North Korea invaded South Korea in June of 1950. But the Cold War had just begun and fighting to prevent the spread of communism was a top priority for many governments around the world.

When did the Korean War End?

The Korean War technically never ended; however, an armistice was signed and fighting ceased as a result. Just over three years after the U.S. began deploying troops to support South Korea’s fight to maintain their independence, the Korean peninsula returned to its previous state of divide without either side of the conflict claiming victory or defeat.

When was the Korean Armistice Signed?

The Korean War Armistice – the longest negotiated armistice in history – was signed on July 27, 1953.

After the Korean War Armistice

After the Armistice, 1.8 million American troops sent to fight for South Korea were withdrawn. Upon returning stateside, Korean War Veterans did not receive the homecoming celebrations given to Vets returning from other wars.

Perhaps this was because there was no official resolution to the Korean War. Perhaps it was because Korea was never perceived as a major threat to the U.S. Or perhaps in the wake of WWI and WWII our citizens were simply tired of war and wanted to move on. Regardless, this day of recognition aims to be a sort of Korean War Veterans Day, acknowledging and thanking U.S. Veterans for their service in a war that receives very little recognition in history books.

The Impact of the Korean War on American Lives

Whether it was highly publicized or not, over 36,000 Americans lost their lives and 100,000 came home injured as a result of the war. And then there are the 7,500 U.S. service men and women who remain unaccounted for to this day.

Korean War Vets are more likely than the average civilian to face health issues such as trauma to the nervous system and vascular system as a result of the intensely frigid weather faced during the Korean Winter of 1950 when temperatures dropped as low as -50 degrees Fahrenheit. Many were also exposed to hazardous substances such as asbestos, PCB, and radiation during their service in Korea.

On July 27th every year, the President of the United States issues a proclamation declaring the day National Korean War Veterans Armistice Day, and Americans honor those who fought and those we lost during the Korean War. Stateside observances are often held at Arlington National Cemetery as well as various military installations across the country.

Love military history? Subscribe to our Military Blog to learn more about other days of recognition such as Vietnam War Veterans Day and Former POW Recognition Day, famous military operations like D-Day and Operation Desert Storm, and historic attractions including famous military forts and National monuments.