10 Facts About the D-Day Invasion You Need to Know

You are here: Home1 / Military Blog2 / Holidays & Events3 / 10 Facts About the D-Day Invasion You Need to Know 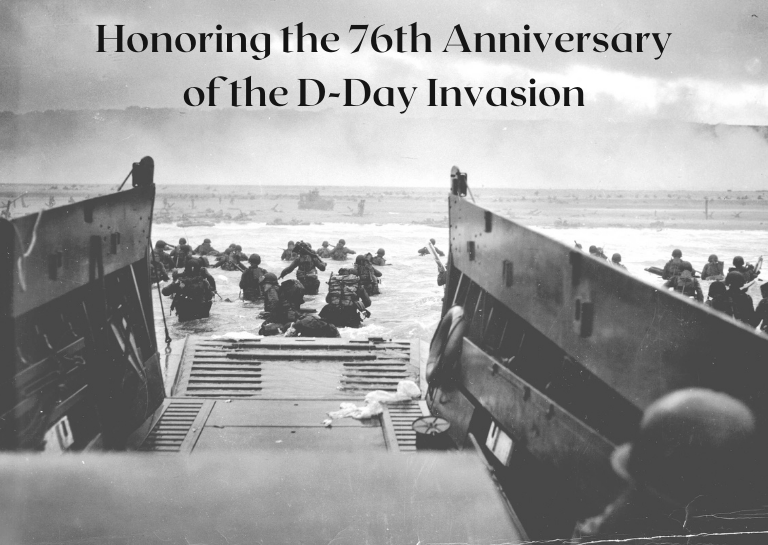 10 Facts About the D-Day Invasion You Need to Know

D-Day is recognized as a major turning point of World War II. This year, we honor the 76th anniversary of the D-Day invasion with a little D-Day history and some interesting facts you may now know about one of the most notorious events in the history of modern warfare.

Operation Overlord, the Allied invasion of Nazi-occupied France via the English Channel and beaches of Normandy, is one of the most notorious and important operations in Military History. Landing on those beaches – the D-Day Invasion – was a massive, uniquely coordinated attack, that turned the tides of the war in favor of the Allies.

Why is it Called D-Day?

Interestingly, there really isn’t any significant “D-Day” meaning as it relates to the Normandy Beach invasion. D-day was simply the term used to indicate the launch date of a mission before the actual date was chosen. Once a date was chosen, the term D-Day was used to keep it a secret from the enemy. As it turns out, this particular mission altered the course of history, and we continue to refer to Allied troops storming the beaches of Normandy as “D-Day.”

When Was the D-Day Invasion?

While the D-Day Invasion was scheduled to take place on June 5, 1944, bad weather forced a delay. When forecasts showed a brief window of clear weather the next morning, the decision was made to move forward with the mission.

Around midnight on June 6th, airborne troops were dropped behind enemy lines, inland from the coastline and beaches of Normandy. Their mission was to sabotage bridges, railroad lines, and any other thoroughfare which could be used to provide reinforcements to the Germans once the attack was underway.

Despite the rough waters, the D-Day Invasion took place just after dawn the same day, and one of the bloodiest battles of the war was underway. Germans had previously lined the Normandy landing zone with a wall of obstacles making amphibious invasion incredibly difficult, and the day wasn’t without significant loss. Nearly 4,500 Allied soldiers lost their lives during the Normandy invasion; however, by nightfall, roughly 140,000 Allied troops had successfully made it ashore.

The Impact of D-Day on WW2

The D-Day invasion created the opportunity for Allies to set up shop in Nazi-occupied Europe, and the German Army began to retreat. Additional offensives to advance inland were underway within three months of D-Day.

Less than a year later, Germany formally surrendered to the Allies and victory was declared in Europe. This date, May 8th, continues to be celebrated today as V-E (Victory in Europe) Day.

On September 2, 1945, World War II officially ended with the surrender of Japan. This date is known as V-J (Victory over Japan) Day.

For more D-Day history and interesting facts about the D-Day invasion and other important points during WWII, visit www.iwm.org.uk.