Forts In the Northeast: A List of Historical Sites Every History Buff Should Visit

You are here: Home1 / Military Blog2 / Military History3 / Forts In the Northeast: A List of Historical Sites Every History Buff Should... 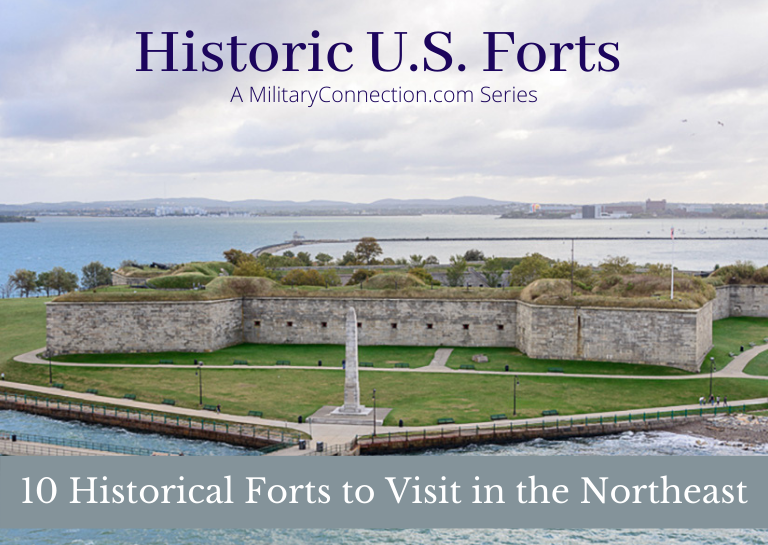 Forts In the Northeast: A List of Historical Sites Every History Buff Should Visit

The Northeastern United States is rich with history of colonial settlers and the American Revolution, so it’s no wonder that most forts on our list of historical sites, below, are the oldest in the country. Many played a role in the Revolutionary War, and all still stand today. Visitors can tour what remains and learn about the ways in which these fortifications worked to change the course of American history. 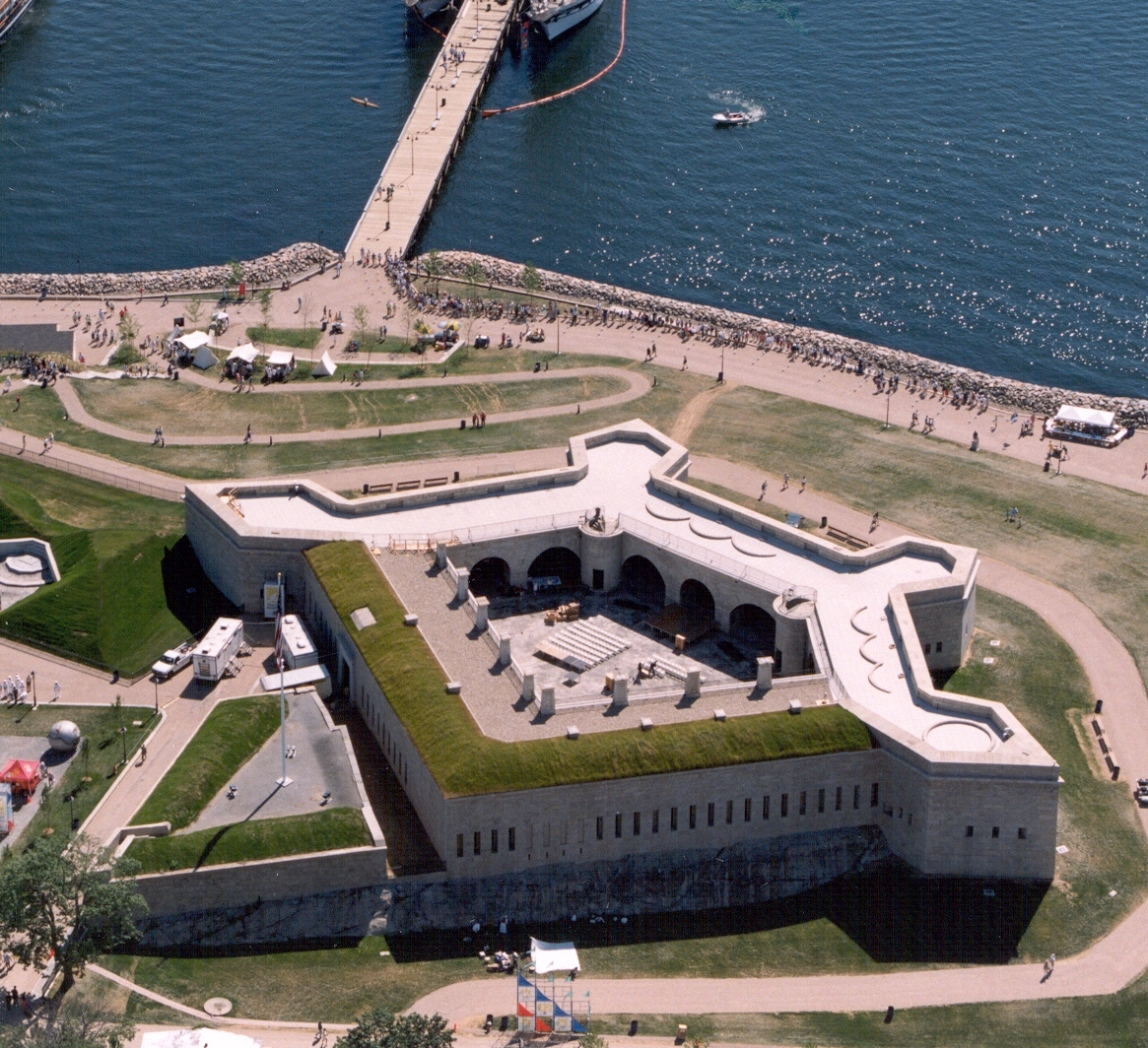 During colonial times, Fort Trumbull protected the New London Harbor from British attack. Built on a rocky point close to the mouth of the Thames River, construction was completed in 1777. It was captured during Arnold’s Raid in 1781, repaired in 1808, redesigned in 1812, and rebuilt again starting in 1839. Since the Civil War it has been used as the Coast Guard Academy, an education facility, and the Naval Underwater Sound Laboratory. Today the site is a state park and is open to the public. 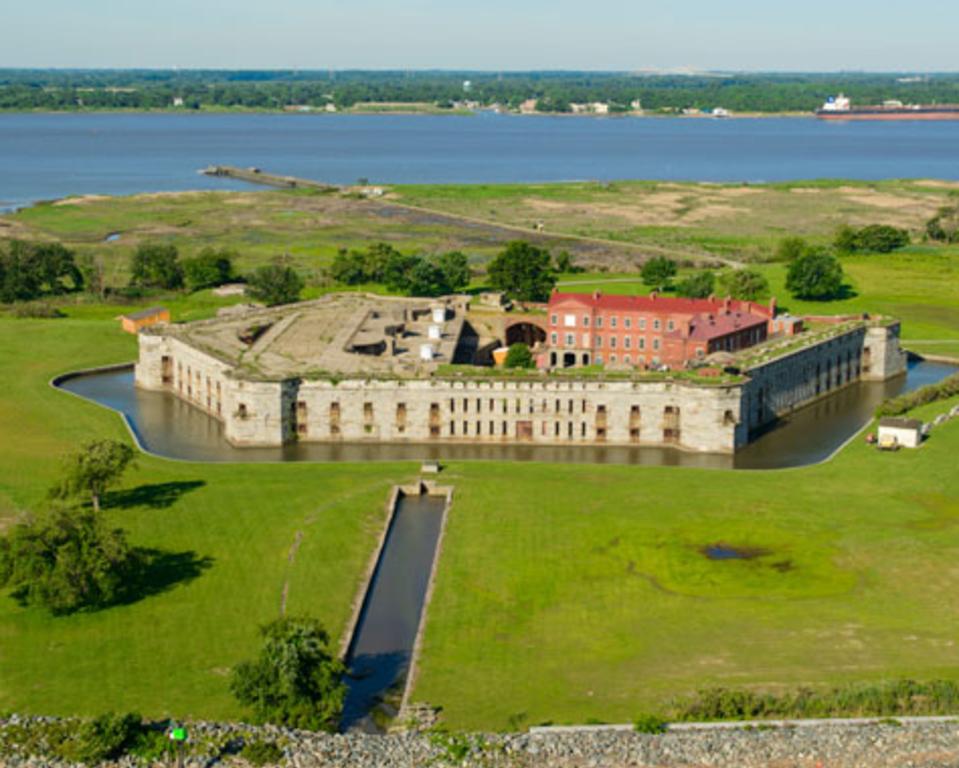 Initially constructed in the mid 1800’s to protect the area’s major cities from enemy attack, Fort Delaware remained active through WWI. It housed as many as 12,600 confederate POWs during the Civil War. The fort was manned only briefly during WWI and WWII until the island on which it sits and the fort itself were abandoned in 1944. Fort Delaware was established as a state park in 1951, and today, costumed interpreters take visitors back in time to learn about those who made the fort their home during the Civil War. 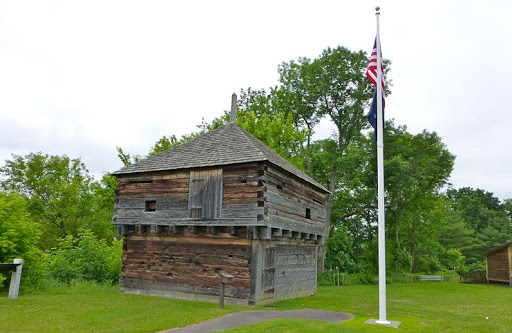 Established in 1754 and located in Winslow, ME, Fort Halifax is the oldest blockhouse in the United States and the largest frontier fort in Maine. It was built to protect settlers who lived in the Kennebec River Valley and was garrisoned for over a decade. After the town of Winslow was founded in the surrounding area, the fort became a community gathering area with tavern, dancing all, and meeting place. It was painstakingly rebuilt after a flood in the 1987, and Fort Halifax Park has since become a popular community gathering place, once again. 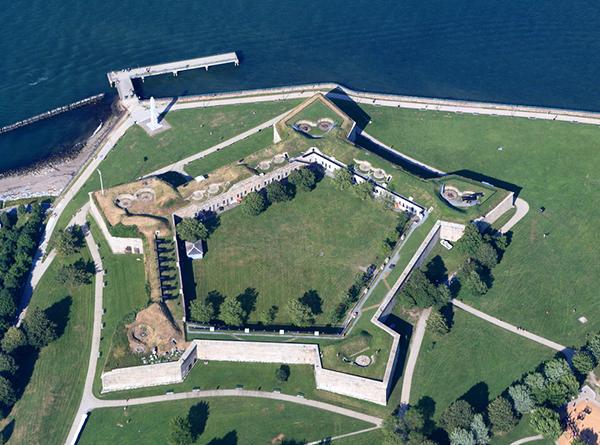 Originally built as Castle William in 1634 to protect Boston from attack by sea, many fortifications have occupied the location now known as Fort Independence. The fort has seen many rebuilds and expansions, and in 1797 was turned over to the U.S. government who added to it. The construction on the present structure began in 1836. Fort Independence gradually fell out of use after the Civil War and has since been designated a historical site and park, which is open to the public year-round. 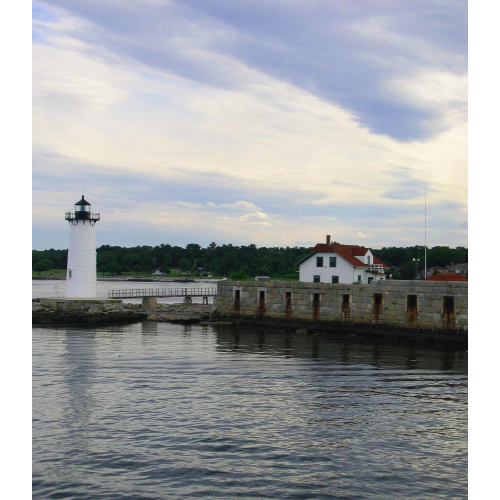 Fort Constitution was one of seven forts built to protect Portsmouth Harbor and the Naval Shipyard in the early 1800’s. It saw most use during the War of 1812 and the Civil war. Additions were made to the fort through World War II. Fort Constitution was returned to the state of Connecticut in 1951 and was added to the National Register of Historic Places in 1973. The ruins are open to the public and available to tour. 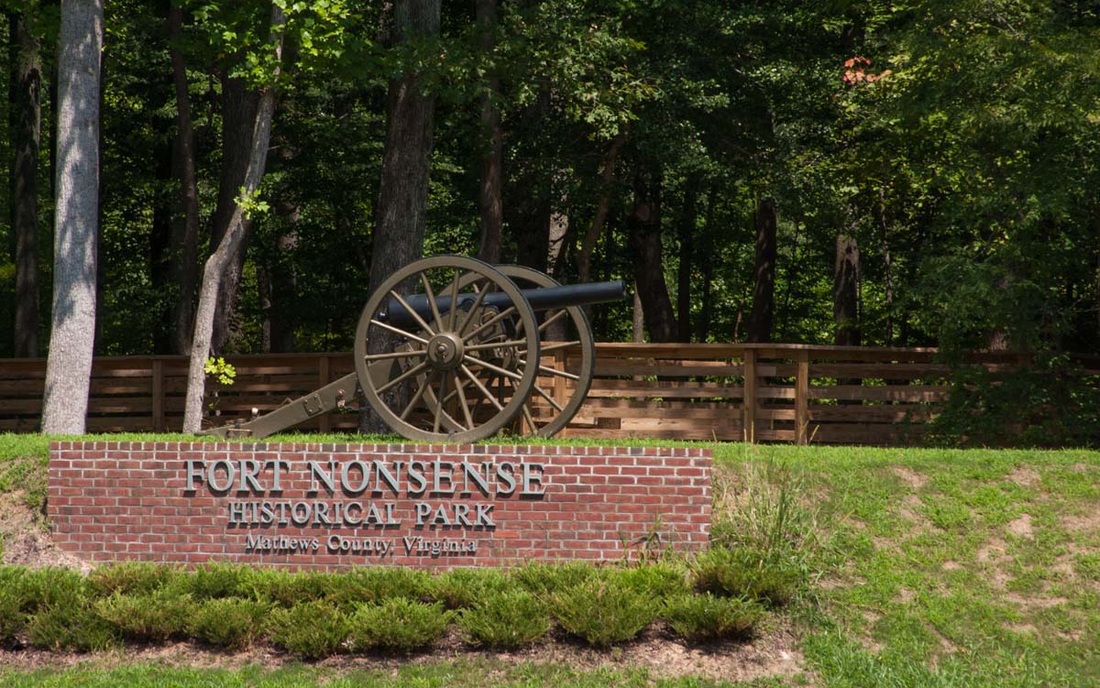 In 1777, the construction of Fort Nonsense, in Morristown, NJ was ordered by General George Washington, himself. The intent of the fort was to secure Morristown as a supply base. In the end, an attack on Morristown never became a reality, so the fort never saw any real action; however, it’s beacon was used several times in 1780 when the British crossed into New Jersey. Today the fort is managed by the National Park Service and is open to visitors daily.

The grounds of Fort Ticonderoga is said to be the largest series of untouched Revolutionary War era earthworks surviving in America. Located on Lake Champlain, the fort was originally built by the French during the Seven Years’ War and was in use by the British during the Revolution. It was captured in 1775 by Benedict Arnold and Ethan Allen, later recaptured by the British, and abandoned a few years after. It fell into ruin after the Revolutionary War and was purchased by a private family in 1820. In the early 20th century, the same family restored the fort, and a foundation now operates it as a tourist attraction, museum, and research center. 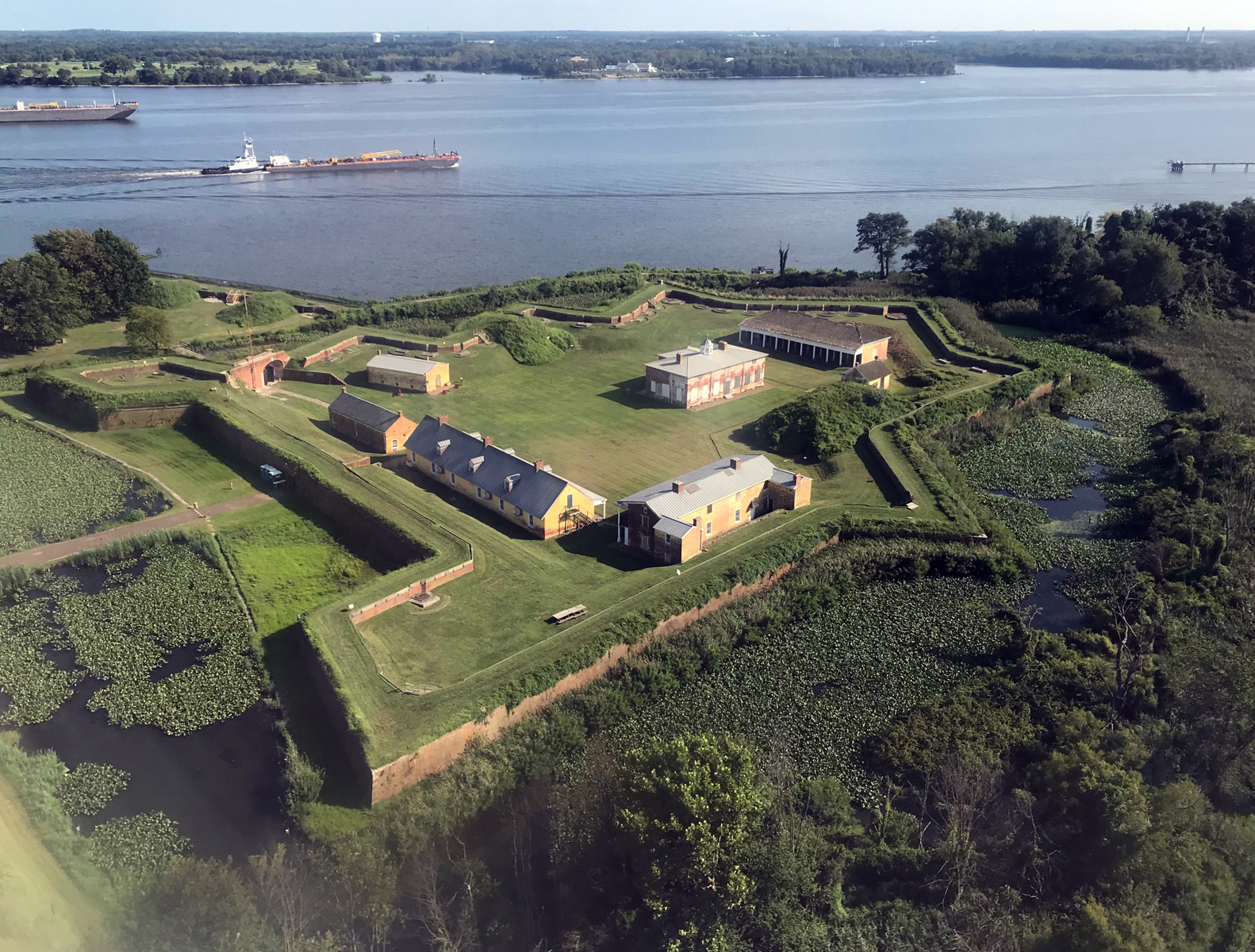 Another fort which was originally under British control, Fort Mifflin, was secured by the Americans in 1775 and played a key role in holding the British Navy at bay while Washington and his troops moved into Valley Forge. While continental troops were eventually forced to abandon Fort Mifflin, the American flag remained, and it’s said that the six-week delay the Continental Army was able to cause the Brits changed the course of American History. The fort is open to the public in the spring, summer, and fall for educational and scouting programs. 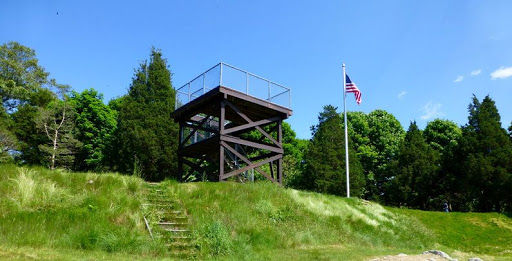 Established in 1777 as Tiverton Heights Fort and renamed fort Barton a few months later, this Revolutionary War fort was armed with just seven guns. It was mainly used as the Patriot staging area for the Battle of Rhode Island in 1778. It was abandoned just a few short years later, and today an observation tower and earthworks redoubt are located on the public site. Fort Barton Woods provides excellent hiking for outdoor enthusiasts and a panoramic view of Narragansett Bay, below. 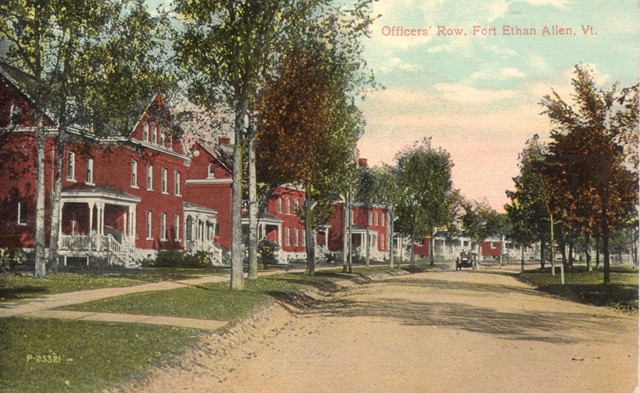 Established as a calvary post in 1894, this is the only fort on our list of historical sites that was built after the Civil War. It was erected as a form of permanent defense near the U.S./Canada border. It was home to the 10th Calvary Regiment in the early 1900s and several additional battalions, squadrons, and infantries in the years that followed. Fort Ethan Allen was deactivated in 1944 but much of the post remains as it was when first constructed. The Fort Ethan Allen Museum is located in the pump house – the first building established at the fort. It houses a collection of photos artifacts, uniforms, equipment and more, all of which are on display for the public. Visitors can tour the hospital, riding hall, and officers’ row among several other features of the original post.