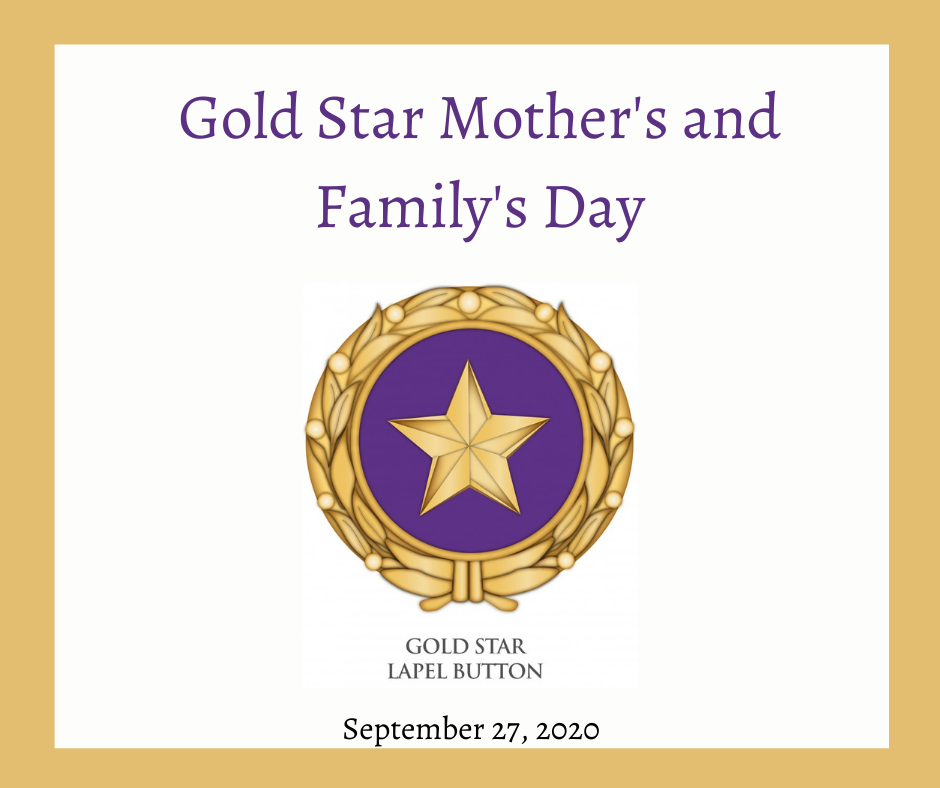 Gold Star Mother’s and Family’s Day, observed on the last Sunday in September each year, recognizes and honors mothers and families who have lost a child in the service of the U.S. military. In 1936, the 74th Congress declared, “the last Sunday in September shall hereafter be designated and known as ‘Gold Star Mother’s Day,’ and it shall be the duty of the President to request its obser

vance as provided for in this resolution.” Continuing the long-held tradition, in 2016, President Barack Obama proclaimed that September 25, 2016 was to be known as Gold Star Mother’s and Family’s Day, “I call upon all Government officials to display the flag of the United States over Government buildings on this special day. I also encourage the American people to display the flag and hold appropriate ceremonies as a public expression of our Nation’s gratitude and respect for our Gold Star Mothers and Families.”

The Gold Star Lapel Button, also referred to as the Gold Star pin, is distributed to members of the immediate family of a fallen service member by the Department of Defense. The pin is distributed according to strict Department of Defense guidelines for service members who have lost their lives in a conflict or in support of certain military operations.

The Gold Star first made an appearance during World War I after being placed over a service flag’s blue star when a service member was killed in combat. The Gold Star signified the family’s pride in the loved one’s sacrifice rather than the mourning of their personal loss. The lapel pin displays a Gold Star with a purple back

ground surrounded by a gold wreath.

Shortly after World War I, the Gold Star Mothers Club was formed to provide support for mothers who lost sons or daughters in the war. The name came from the custom of families of service members hanging a Service Flag in their windows. The Service Flag had a star for each family member in the military embroidered on it. Living service members were represented by a blue star and those who were killed in action were represented by a gold star.

The National Gold Star Family Registry is the first comprehensive database of the United States’ fallen Heroes ever developed.  The Registry not only affords family members the opportunity to publicly remember their loved one, but serves as a historical log of the country’s true heroes.  By providing educational resources and personal accounts, the Registry ensures that future generations may know who these brave Americans were, not only how they died, but, more importantly, how they lived.

First launched in 2010, the Registry has been continually upgraded with the latest in technology and resources.  This 21st Century memorial ensures that anyone anywhere can honor and remember the Heroes who have laid down their lives in defense of freedom.  Whether they gave their life in Iraq, Afghanistan, Vietnam, Korea, WWII, or another conflict, the Registry is a place to ensure their memory will live on.

The surviving families of our fallen service members deserve the respect and honor that this day commemorates. Much like Memorial Day and Veterans Day, Gold Star Family Day is a chance to pay tribute and remember the sacrifices made by these courageous individuals and their families. 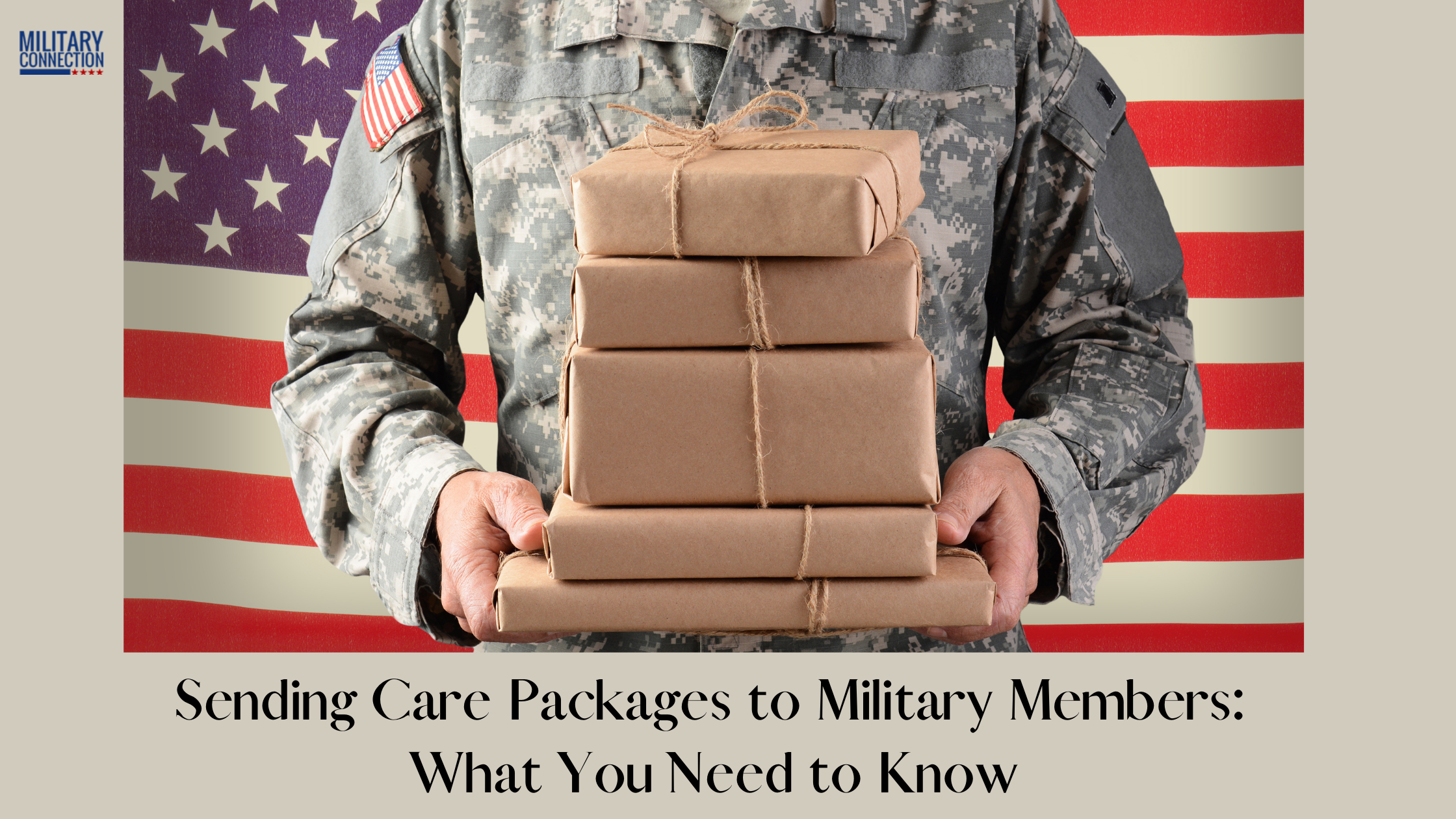 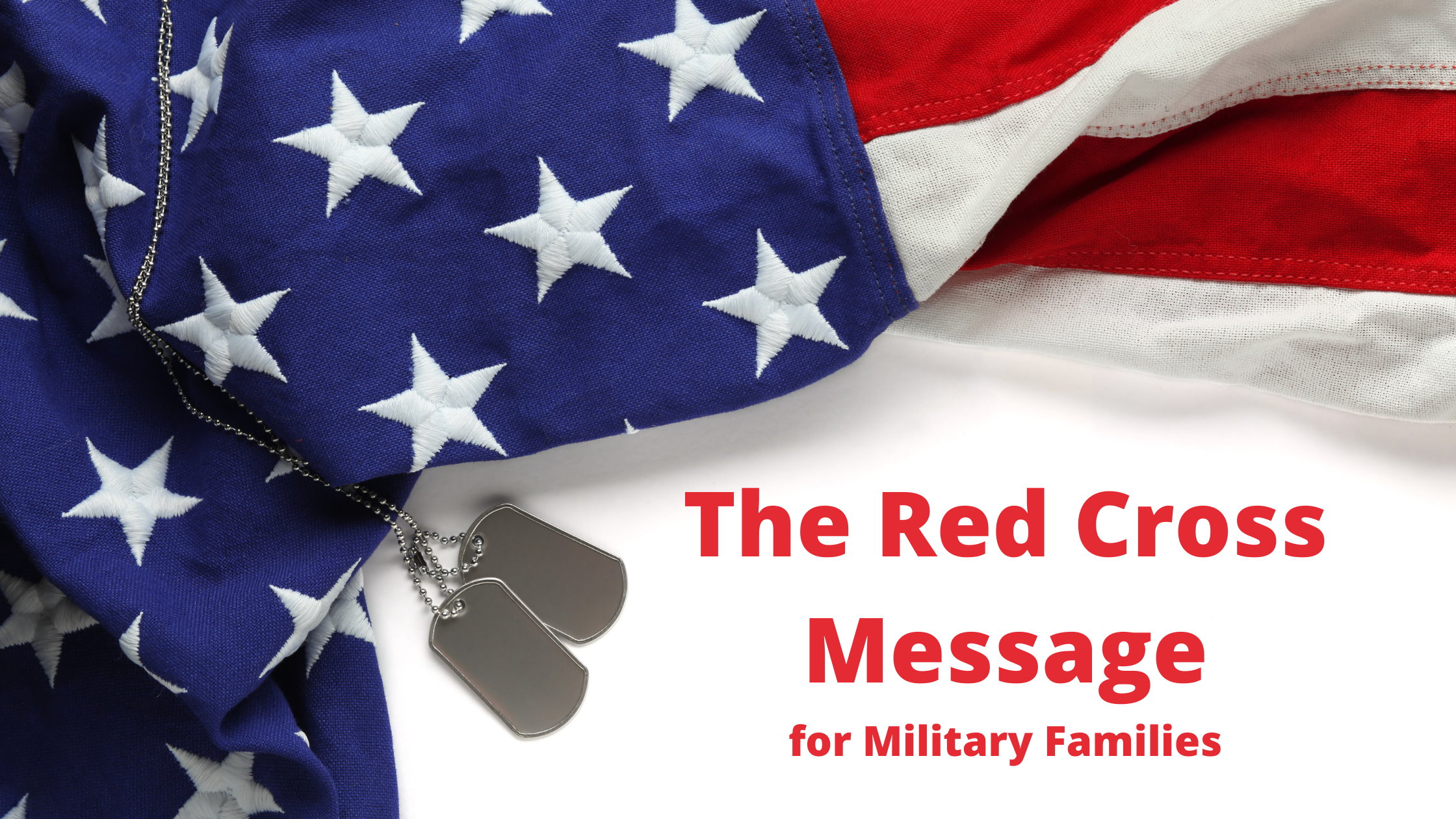