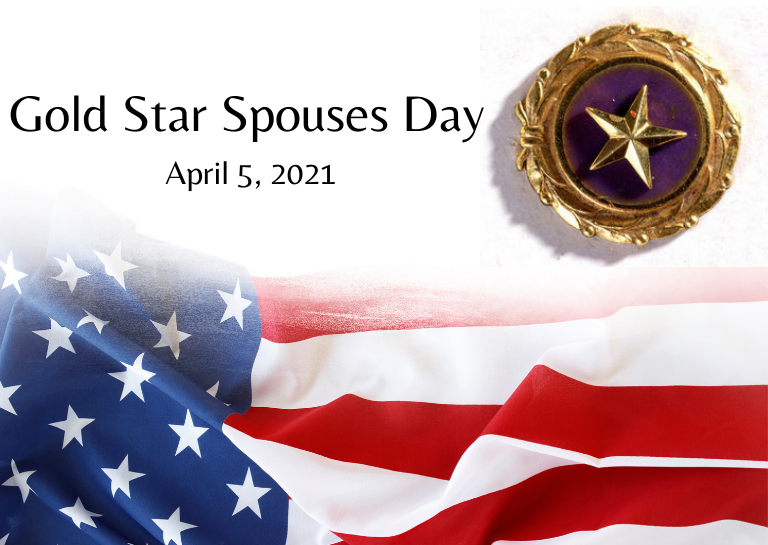 During World War I, families of military men and women began displaying small Service flags with a blue star as an indication that their loved one was serving in the war. If that loved one lost his or her life, the blue star was replaced with a gold star.

In 1936, the last Sunday in September was named Gold Star Mother’s Day, and before the end of World War II, Gold Star Wives of America and Gold Star Wives Day were established. Today, our Nation honors the sacrifice made by all Gold Star families and family members.

Although it was originally referred to as Gold Star Wives Day, the day of recognition was always intended to be inclusive of all spouses who suffered a loss. Eventually it was renamed to explicitly express that inclusivity. Gold Star Spouses Day 2021 will be recognized on April 5th, as it every year, to publicly honor the sacrifice made by spouses of our nation’s fallen soldiers.

It is possible that no group of people have given more for their country than the families of our fallen soldiers. To learn more about the Gold Star Lapel Pin, how to honor Gold Star families you can enroll in a seven minute, on-demand MilLife learning course titled “Recognizing Military Service.”

April is the Month of the Military Child