You are here: Home1 / Military Blog2 / Military History3 / 16 Historical Forts in to Visit in the South 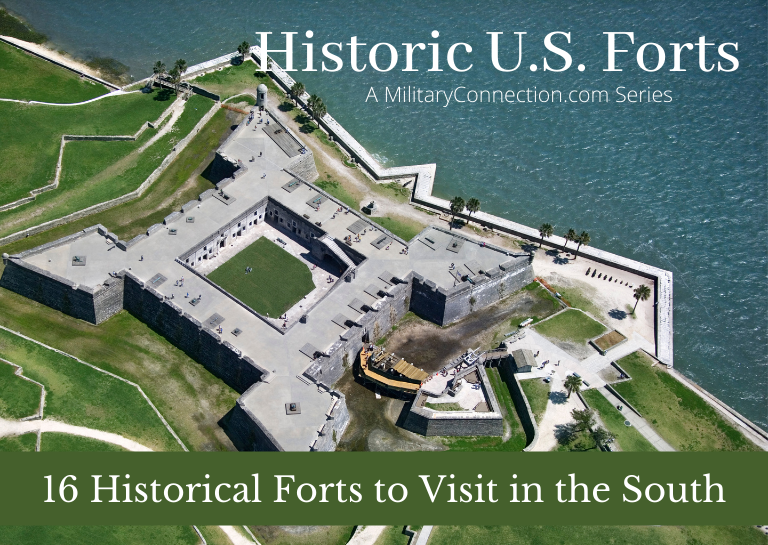 Many southern historical forts in the United States were erected to strengthen U.S. defenses in light of losses experienced during the War of 1812. The majority of those that survived the following decades played significant roles during the Civil War. Here are 16 historical forts to visit in the U.S. South. 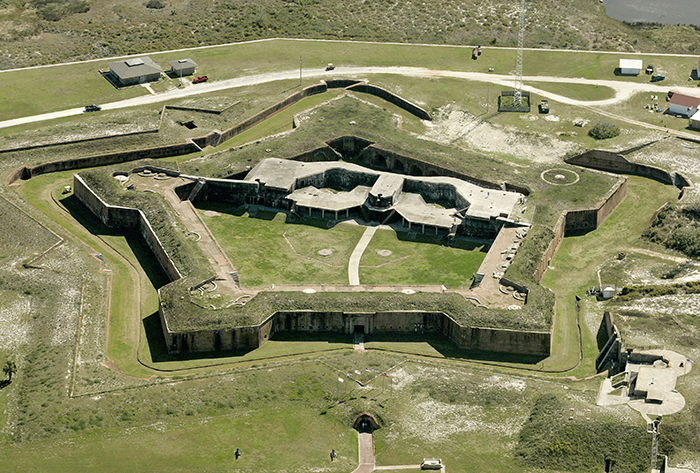 Built and completed by the U.S. Army Corps of engineers in 1834, Fort Morgan was called the finest example of military architecture in the New World. It played a major role in the Civil War, was reinforced and reconstructed beginning in 1895, and remained active until 1944. 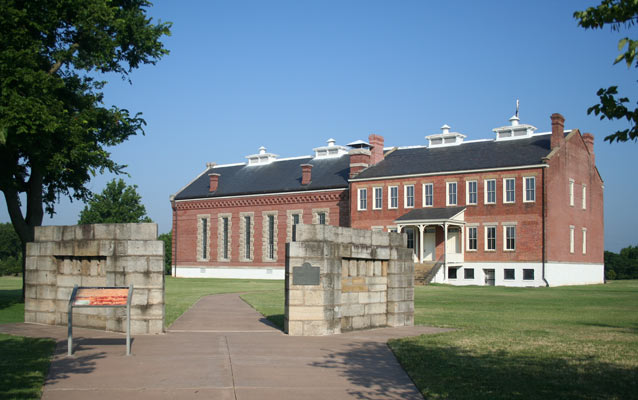 Fort Smith was originally erected to maintain harmony between the local Osage and a band of Cherokee in the area. What is now the Fort Smith Historic Site is where some of the most well-known outlaws of the wild west were brought to justice. 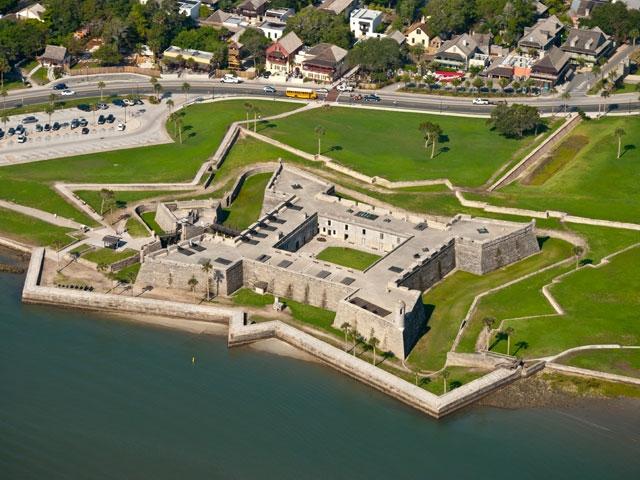 Castillo de San Marco is the oldest masonry fort in the continental United States. Originally Spanish, in 1821 Castillo de SanMarcos was designated a U.S. Army base, at which time it was renamed Fort Marion. During its 100+ years as an Army Base, Fort Marion housed Native America prisoners and was most notably the site of mass Apache Incarceration in 1886. 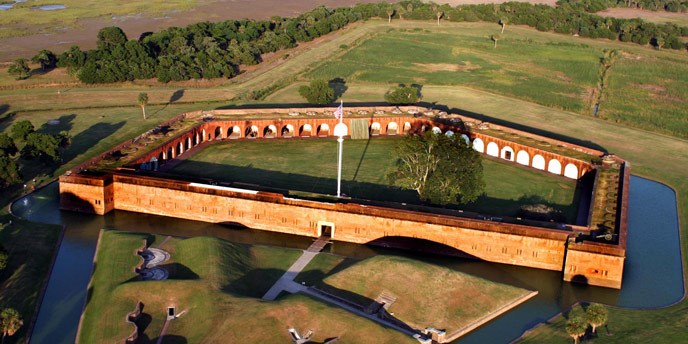 Built to protect the port of Savannah in 1847, Fort Pulaski was overtaken by Confederate soldiers as Georgia seceded from the Union in 1860. It was again overtaken by the Union two years later. It began to deteriorate around WWI, at which time it was declared Fort Pulaski National Monument. 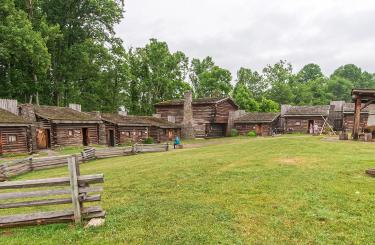 A Kentucky frontier fort founded by Daniel Boone in 1775, also played a role during the Civil War. Fort Boonesborough served as an outpost during the American Revolution and remained active until the early 19th century. It has been reconstructed as a working fort, complete with cabins and period furnishings. 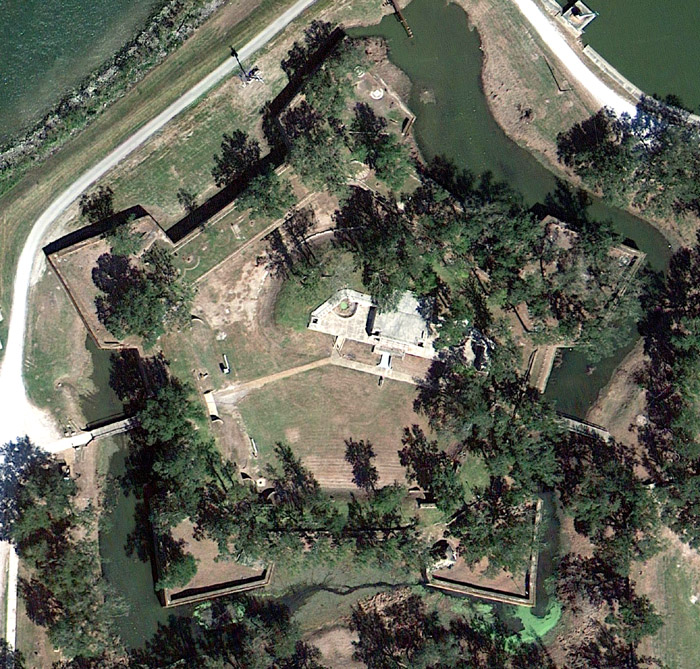 Constructed to defend New Orleans, Fort Jackson saw battle from April 16-April 28, 1862. The Fort eventually fell to Union forces. Today, the exterior grounds are open to the public as is the Fort Jackson museum, located just a half mile from the original site. 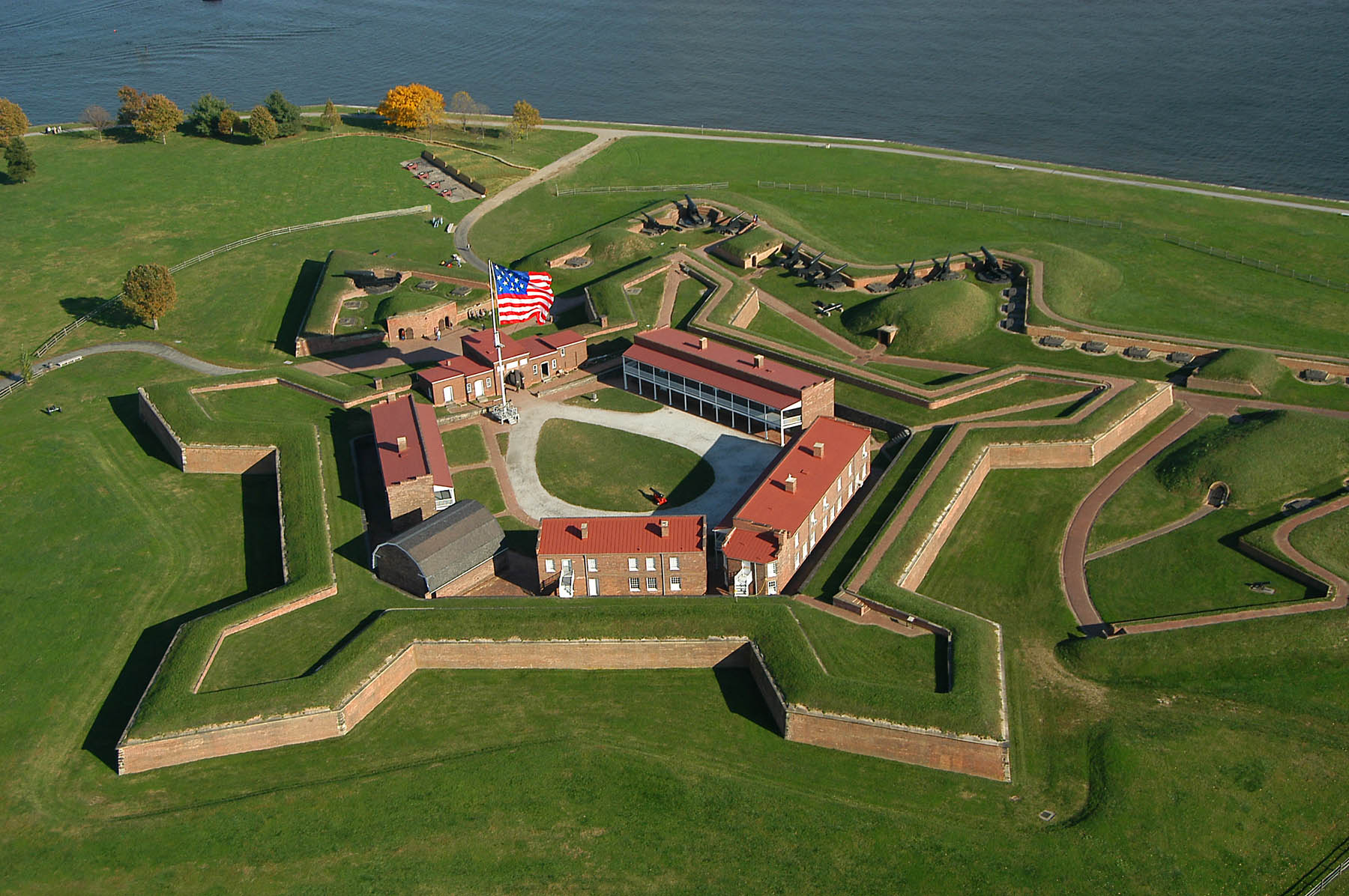 Most notable for its defense of the Baltimore Harbor during the Battle of Baltimore, it was here that Frances Scott Key wrote “The Star-Spangled Banner.” Today, the grounds are a National Park and the Fort McHenry National Monument is open to the public. 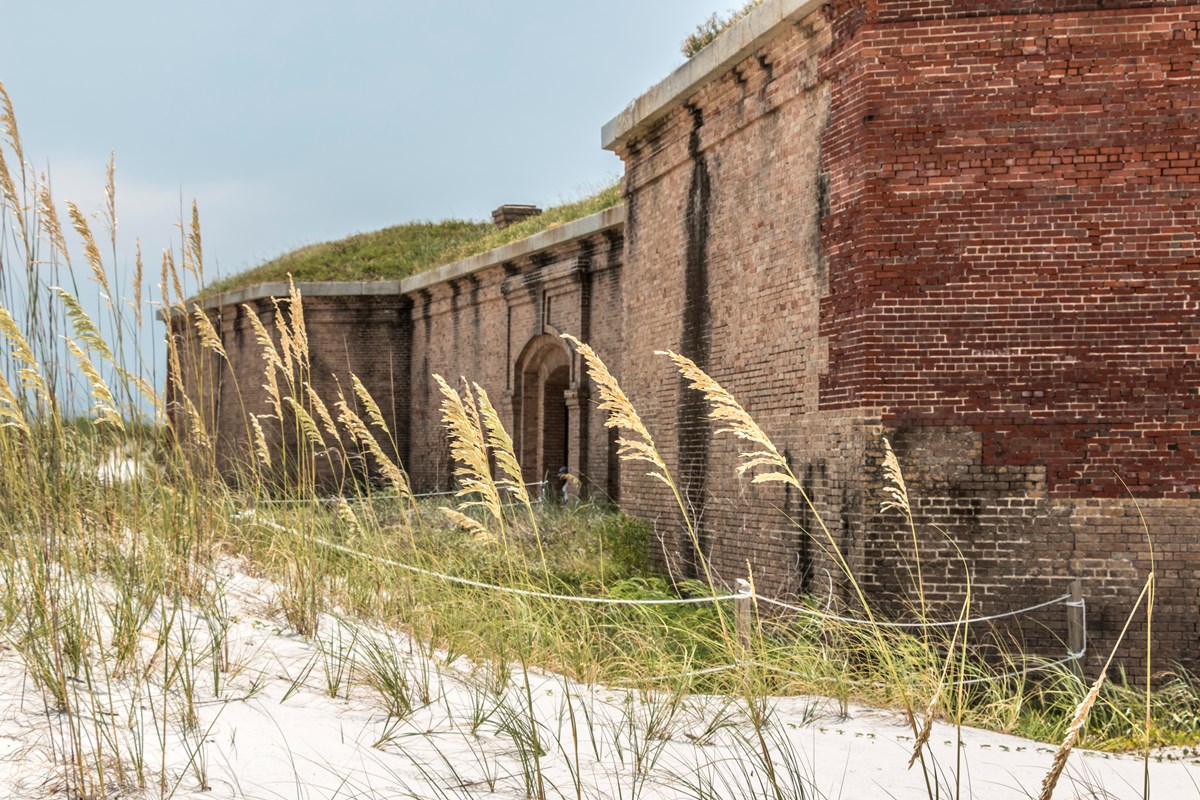 Confederate militia took the partially built fort in the summer of 1861, but quickly abandoned it. Fort Massachusetts didn’t stay vacant for long. Union forces began using it as early as 1862. The fort was last active in 1903 and is currently managed by the National Park Service. 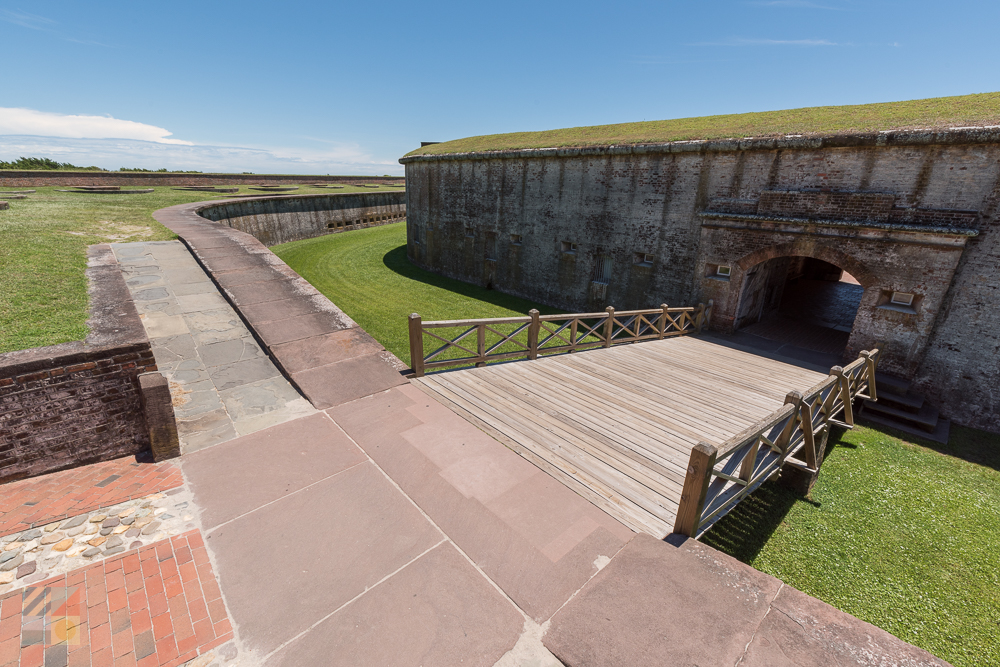 Fort Macon was established for costal defense during the war of 1812 and like many forts erected during this time, played a significant role in the Civil War. The southern Fort was captured by confederate militia just two days into the war. Eventually, Union troops re-captured the fort, which was abandoned in 1903.

This early American fort and stockade was active during the Frontier Wars. Fort Gibson’s main role was to keep peace between the Osage and Cherokee tribes in the area at the time. Additionally, it served as a starting point for several western expeditions. 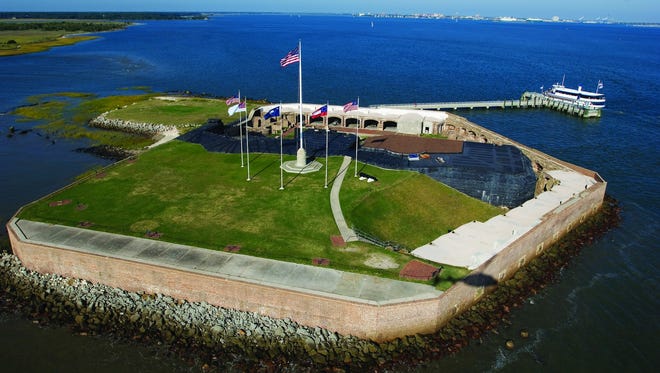 Fort Sumter is one of two forts at the entrance of Charleston Harbor and was quite famously overtaken by the Confederacy at the outset of the Civil War. The Fort was a focal point in Charleston throughout the war, and Fort Sumter National Monument remains a favorite U.S. military fort for tourists today. 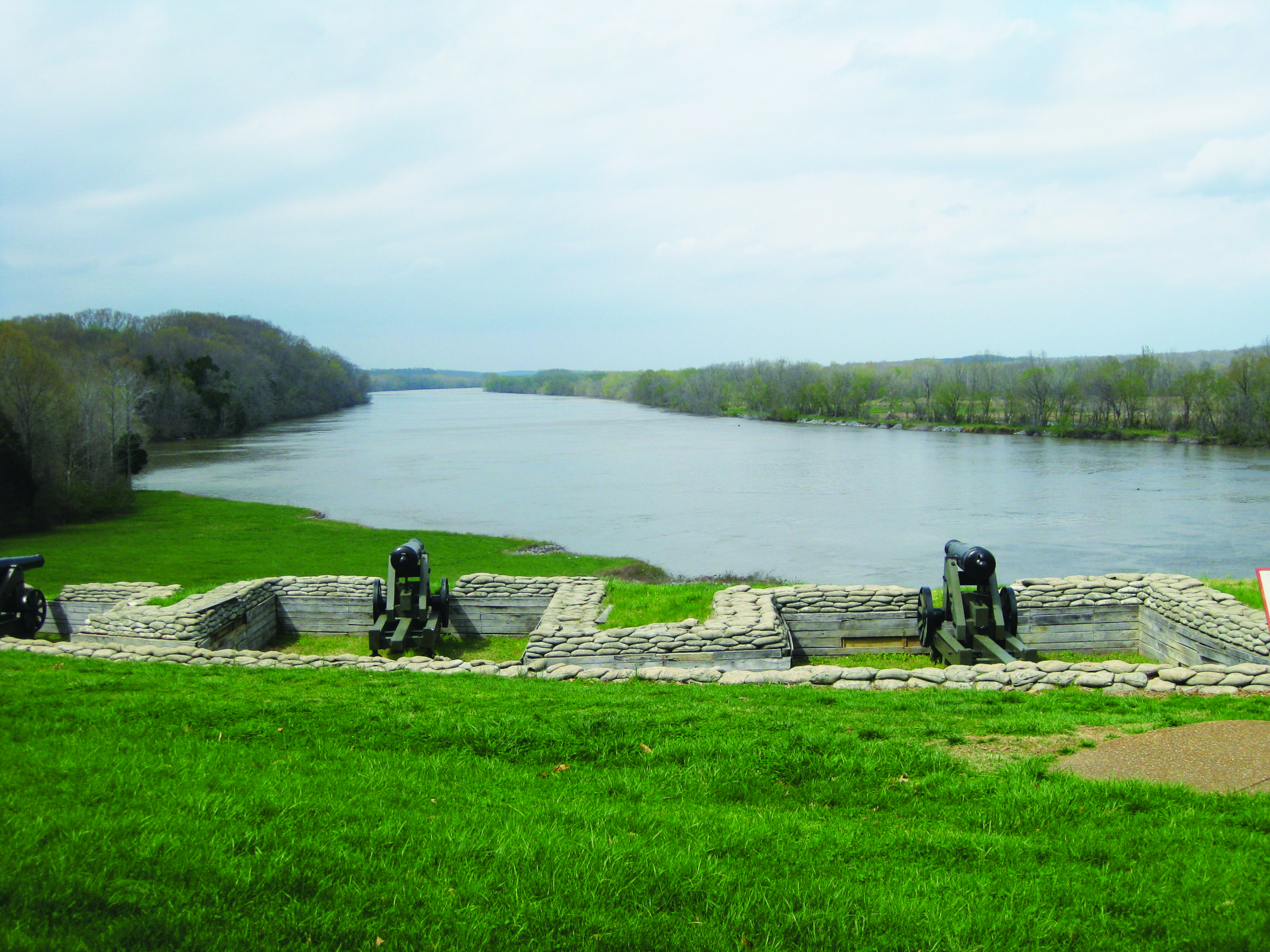 Fort Donelson is the only fort on our list that was built by the confederacy during the Civil War instead of being overtaken. However, shortly after its completion, the Battle of Fort Donelson ensued and a Union victory resulted. 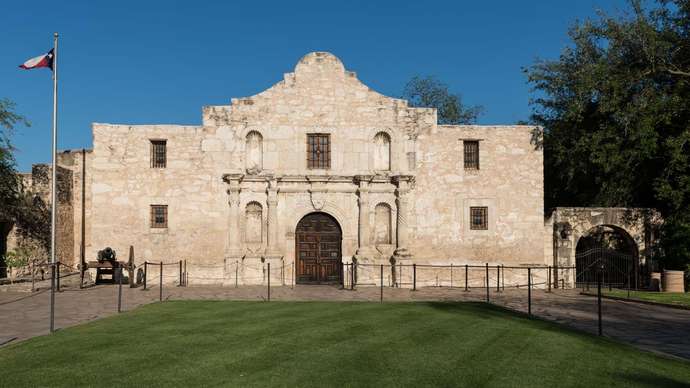 The Alamo // Photo via britannica.com

The Alamo is one of the most popular historic sites in the U.S. The Fort was occupied by either Spanish or Mexican troops until the early stages of Texas’ war for independence from Mexico. Guided tours for children and adults, history talks, audio tours, and more are all available at the Alamo, today. 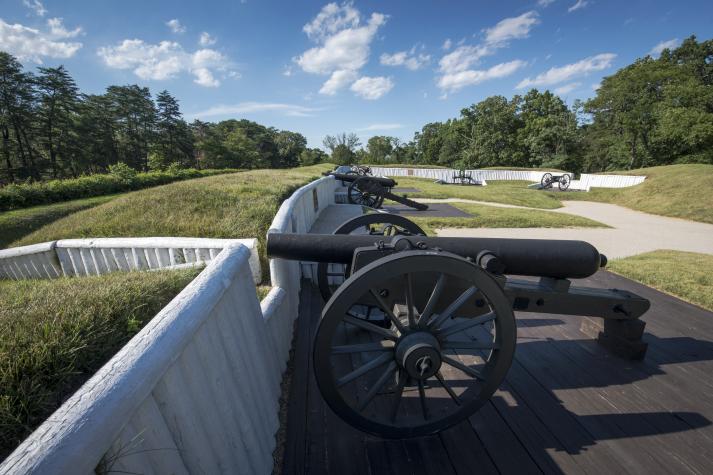 Fort Ward was built to protect our Washington, D.C. during the Civil War. Today, the fort grounds are part of Fort Ward Museum and Historic Site which interprets the historical significance of the site, and offers several exhibits on Civil War topics. 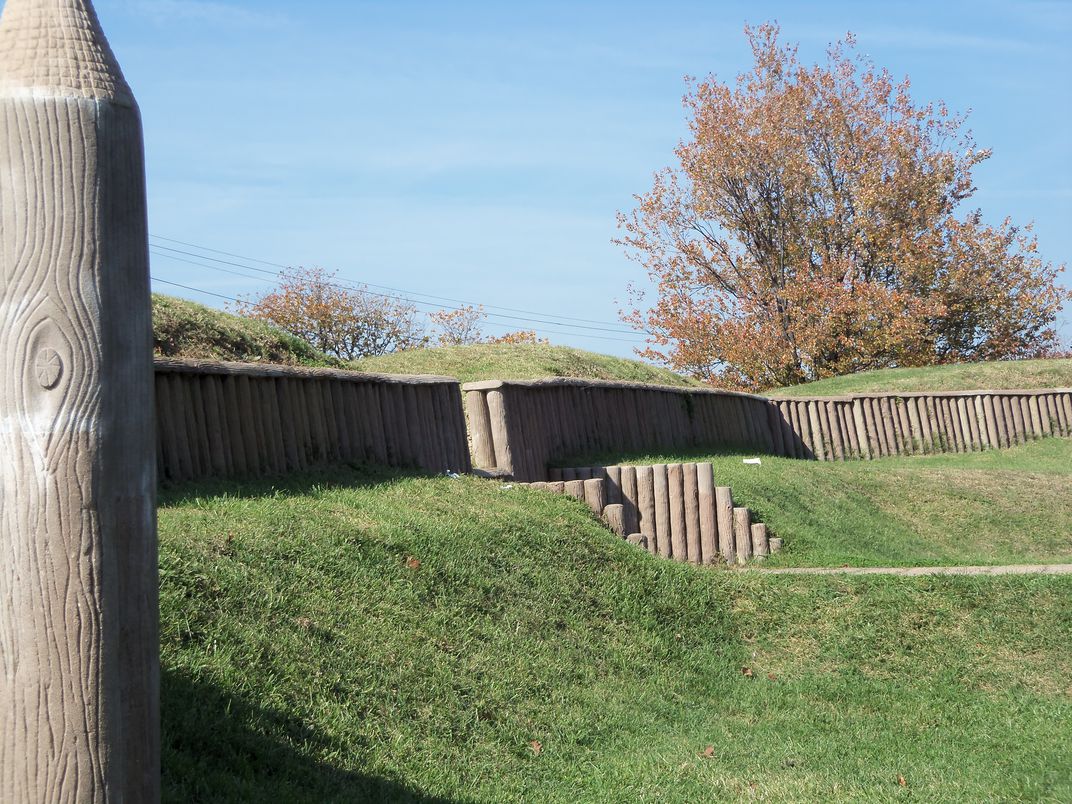 Fort Stevens Park, a recreation built in 1937 // photo via smithsonianmag.com

Built on the other side of the D.C./Virginia border, Fort Stevens was also erected to defend our Nation’s capital during the Civil War. The Fort helped to prevent Confederate invasion after the Battle of Monocacy. After the war, Fort Stevens was abandoned until the 1930’s when portions were restored. 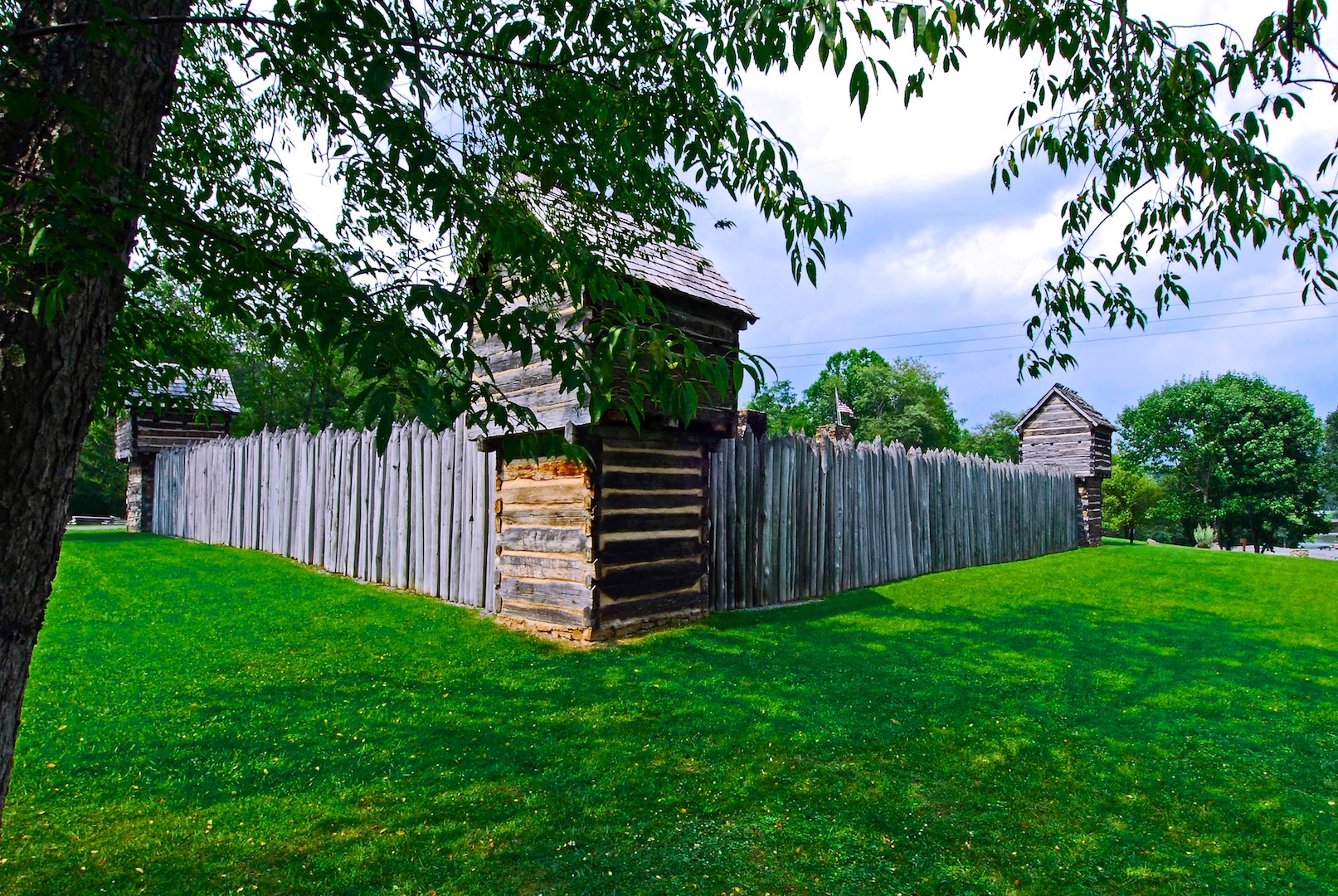 Prickett’s Fort was constructed by early settlers in 1774 as a refuge from Native American Attacks. Eighty local families would gather at this small fortress anytime there was a threat of Native American uprising.

This is the second post in our U.S. Forts Series, which includes additional famous forts to visit in the West, Midwest, and Northeast United States.