You are here: Home1 / Military Blog2 / Holidays & Events3 / A Veterans Day Message and Some History, Too 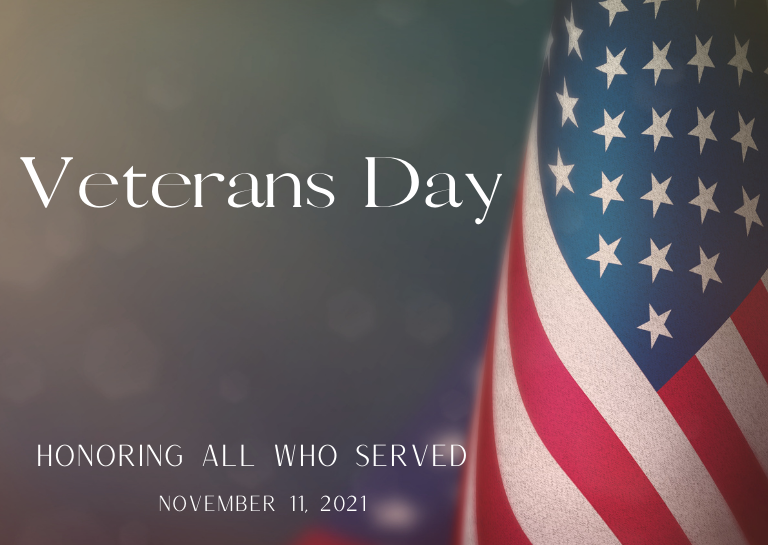 Happy Veterans Day 2021! Here is a little bit of holiday history and a Veterans Day Message from Military Connection.

What is Veterans Day, when is Veterans Day, and which Veterans does it honor? The answers to these questions have changed quite a bit over the past 100 years, or so. Who knew a national holiday could carry with it so much drama over the years?? Here’s how it all went down.

On the 11th hour of the 11th day of the 11th month of 1918, the Allied Nations and Germany signed an armistice agreeing to cease combat, effectively ending World War I. Beginning on November 11, 1919, Armistice Day was celebrated with parades, public gatherings, and moments of remembrance in schools and businesses.

The thing is – the war didn’t technically end until the Treaty of Versailles was signed nearly eight months after fighting ended. Armistice Day was intended to honor WWI Vets and the conclusion of the war. So, after the treaty was signed, there were years of disagreement about which date should be officially recognized as the end of the war.

A few years later, in 1926, Congress concluded that the official day of recognition would be held on the date the armistice was signed. So, Armistice Day continued to be celebrated on November 11th. Note: by this time, 27 states had already begun to recognize Armistice Day – November 11th – as a legal holiday.

Of course, Armistice Day was intended to honor those who served in WWI, but fast forward a few decades and both World War II and the Korean War had begun and ended. Congress now found themselves in a conundrum. How were we to honor the brave men and women who fought for their country during these subsequent conflicts?

So, in 1954 the name of the holiday was changed to “Veterans Day.” Salutes, parades, ceremonies, and other methods of honoring WWI Veterans now extended to all American Veterans regardless of the war in which they served.

In 1968, Congress passed the Uniform Monday Holiday Act, which recognized four federal holidays, including Veterans Day, on Mondays. Therefore, beginning in this year, Veterans Day was to be recognized on the fourth Monday in October.

As one might imagine, this caused frustration for those who had celebrated Armistice or Veterans Day on November 11th for nearly fifty years. Many states even continued to hold their celebrations on November 11th out of respect for historical and patriotic significance of Veterans Day, meaning there wasn’t a cohesive view on the holiday for some time.

Eventually, in 1975, Congress agreed to change the date of Veterans Day back to November 11th. This change took place in 1978.

So, there you have it. And here we are, 103 years after the end of the Great War, celebrating Veterans Day 2021 on Thursday, November 11th.

Many confuse Veterans Day with Memorial Day, but they are two very different holidays. Memorial Day, the last Monday in May, is intended as a day of remembrance for those who died for our country, specifically those who lost their lives due to injuries suffered in battle. The Veterans Day message, on the other hand, is intended to honor all who have served their country in times of both war and peace.

Veterans Day in Other Countries

The U.S. isn’t the only country to recognize their Veterans on November 11th. Remember, the history of many other countries was also impacted when that armistice was signed back in 1918. Great Britain, France, Australia and Canada also commemorate the Veterans of World War I on or near November 11th.

A few interesting facts about the current Veteran population of the U.S.:

How to Honor Veterans Day

Our nations Veterans are so deserving of respect, honor, and recognition every day of the year. But Veterans Day is the perfect opportunity to go out of our way to celebrate these special men and women. Here are a few ways to do just that.

Military Connection would like to offer a huge Veterans Day thank you to all of our Nation’s Veterans, fallen soldiers, and their families. We honor your sacrifices, both past and present, and you mean the world to us. Thank you for your service.