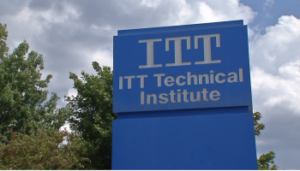 Valuable veteran education benefits could be affected for as many as 7,000 veteran students using their GI Bill benefits at ITT Technical Institute.

The company has shut its doors at all 137 locations over 38 states. ITT places blame for the closure on the U.S. Department of Education, which has stepped up oversight of for-profit colleges, and imposed tough financial sanctions against ITT over recruitment and financial aid practices

The Department of Education, which has online information and webinar Q&A sessions through September 22nd, banned the school from enrolling new students who used federal financial aid.

ITT’s career-focused degree programs in specialties mainly centered on technical fields, such as electronics technology, drafting, auto mechanics, nursing, criminal justice and information technology. Their personal, direct testimony ads from past and present students were a staple on television.

“The sudden shuttering of ITT Tech will hurt thousands of veterans who enrolled in search of a promising career but will receive an uncertain future instead,” said Rep. Mark Takano, (D-CA) a member of the House Veterans Affairs Committee.

Takano said student veterans often are targets of aggressive and even deceptive recruiting practices, noting that Corinthian Colleges and ITT Tech together received a total of $1 billion in GI Bill money between 2009 and 2015. Corinthian Colleges Inc. closed the doors on its remaining campuses following government allegations of falsified job placement rates.

Therefore, in order to make the most of your military education benefits, it is imperative that you do your homework (so to speak) before choosing a college, university or technical school. You may want to use The Department of Education’s College Scorecard to find the program that’s right for you.