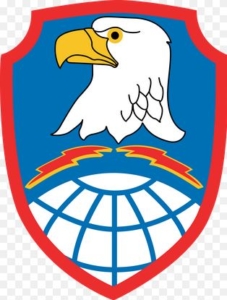 At last month’s Space and Missile Defense Symposium, Army Col. Joe Guzman made the case for the Army to play a greater role in Defense Department space operations.

Guzman said the Army has a new policy that calls for the service branch to contribute to the Defense Department’s space capabilities, rather than just using the capabilities provided.

Generally, the Air Force is in charge of building and operating the Defense Department’s most expensive space systems, with the Army as the largest user.

And while the Army is still a long way away from flying its own satellite constellations, Guzman said the service “must make its voice heard on next-generation systems.”

The Army no longer narrowly consumes space products but shares responsibility to shape the future of an evolving combat environment, he said, which includes satellite communications, surveillance and reconnaissance, missile warning, precision navigation and timing and environmental monitoring.

Ensuring the vitality and reliability of these capabilities is critical to the way the Army plans and fights, Guzman said.

Guzman said the Army must learn to operate in a more contested space environment where enemies have jammed GPS and communications satellites by training for those scenarios. He noted that the Army must do a better job of training soldiers against an improved threat, including through more realistic simulations. Additionally, the Army must continue to develop, acquire and improve space applications.

“The future Army will need modernized systems and weapons that capitalize on the attributes of satellites,” he said. “There’s nothing else that can regularly overfly the sovereign territory of other nations. Satellites operate at altitudes beyond the reach of conventional air defense weapons, altitudes which facilitate information transport over extreme distances into and out of austere environments.”