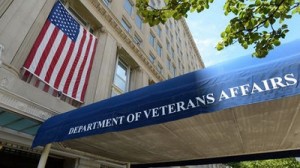 The long awaited legislation designed to reform the U.S. Department of Veterans Affairs (VA), has been passed by both houses of Congress, and is pending President Obama’s signature before it can be enacted.

The bill, known as the Veterans Access, Choice and Accountability Act of 2014, is a compromise between the House and Senate bills. After being re-worked to include the best of both existing bills, it passed overwhelmingly in each house during separate votes last week. On Wednesday, July 30, 2014 the bill passed in the House by a vote of 420-5. Late Thursday evening, the bill was passed in the Senate by a vote of 91-3.

The bill earmarks $16.3 billion to expand programs and benefits for Veterans. Included in this amount is $10 billion to expand healthcare options for Veterans who are unable to receive timely appointments within the VA system. This provision allows these Veterans to seek care from providers outside the VA system. The bill also allots $5 billion to enable the VA to hire more doctors and nurses to handle a greater number of caseloads, and $1.3 billion to finance 27 new VA facilities across the country.

Also included in the act are improvements to Veteran education benefits. Under section 702 of the pending bill, there is an incentive for schools to charge the in-state tuition for Veterans, their spouses and children when they use VA education benefits such as the Post-9/11 GI Bill. Conversely, the legislation proposes to disapprove future benefits at public schools that charge tuition rates higher than in-state rates to any Veteran who served more than 90 days active service and separated no more than three years before enrollment.

There are provisions for Veteran students already enrolled in school, and a timetable for schools out of compliance to comply. If approved, public colleges and universities would be forced to charge all Veterans in-state tuition rates, *or* risk losing all of their GI Bill students. More than 30 states already require their public schools to make exceptions for out of state Veteran students using their education benefits.