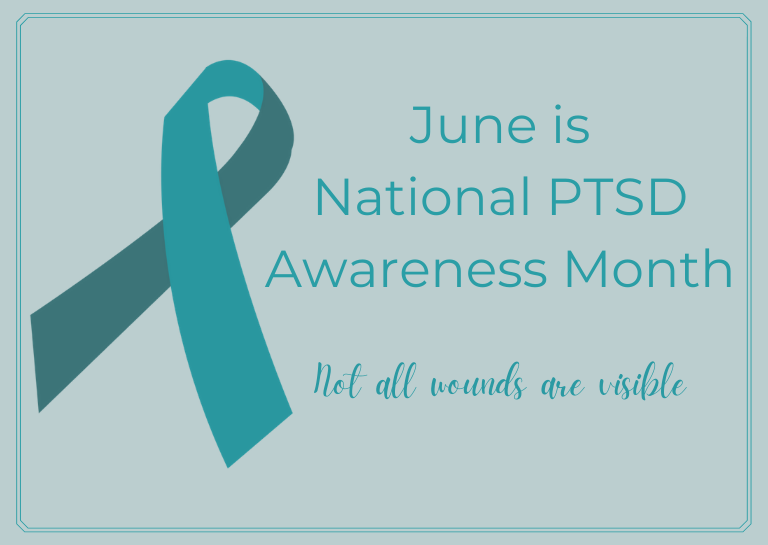 PTSD is a mental health disorder that can develop after experiencing or witnessing an event that is perceived as life-threatening. Examples include events such as combat, a natural disaster, a car accident, or sexual assault. While anyone can develop PTSD, it is an especially common health concern among Veterans.

While physical changes to the brain seen in patients with PTSD are not well understood, it is believed that PTSD is a natural defense mechanism. It may be the body’s way of protecting us against experiencing a similar traumatic event in the future.

Symptoms of PTSD Include:

This is not an exhaustive list, and anyone who believes they may be suffering from PTSD should seek medical attention immediately.

When is PTSD Awareness Month and What is Its Purpose?

Senator Kent Conrad pushed for official recognition of PTSD by creating a day of awareness. Senate Resolution 541 made it a reality, and June 27th was chosen as PTSD Awareness Day in 2011. A few years later, in 2014, a full month of recognition was established via Senate Resolution 481. It was then that National Post Traumatic Stress Disorder Month was born.

There are a variety of ways to recognize National PTSD Awareness Month. Here are a few.

For more information about PTSD and PTSD Month visit the VA’s PTSD page at https://www.ptsd.va.gov.