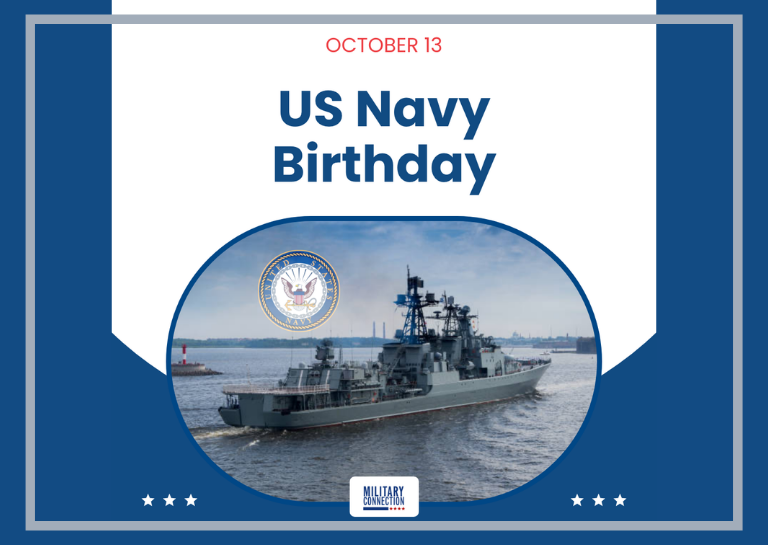 The history of the U.S. Navy can be broken into two distinct eras. The “Old Navy” was a small, but widely respected force of sailing ships established during the Revolution. The “New Navy,” by contrast, resulted from modernization efforts which began in the 1880s and laid the foundation for the creation of the largest Navy in the world.

How old is the U.S. Navy? Today marks the United States Navy’s 246th birthday, and the theme of this year’s Celebration and Heritage week is “Resilient and Ready.” According to the Navy, this theme “Speaks to the Navy’s history of being able to shake off disaster…and still maintain force lethality and preparedness.”

We couldn’t agree more. To recognize how far our Navy has come, we’ve decided to dig into the origins and history of the Old Navy. Read on to for U.S. Navy facts and to learn more about the legislation, battles, and ships which shaped the U.S. Navy during 18th and 19th centuries.

October 13, 1975: The Continental Navy is established with the purchase of our nation’s first two armed vessels.

December 13, 1775: Congress authorizes the first building of Navy vessels – thirteen frigates with a total of 372 guns between them.

October 11, 1776: One of the first Naval battles of the Revolution, the Battle of Valcour Island commences under Benedict Arnold.

August 1785: The last remaining U.S. ship, the Alliance, was sold, and the Continental Navy was disbanded due to lack of sufficient funding.

March 27, 1794: Congress approves the Naval Act of 1794 which authorized the construction of six frigates with a total of 236 guns.

April 30 1798 Department of the Navy is Established.

March 3, 1815 – June 19, 1815: The Second Barbary War leads to American victory, and ultimately the beginning of the end of piracy in the Atlantic.

1819: The Africa Squadron was established to patrol the seas in an effort to suppress the slave trade along the west coast of Africa.

October 10, 1845: The Naval Academy is established in Annapolis, MD.

March 9, 1847 – March 29, 1847: The Battle of Veracruz (Spanish-American War) takes place. The U.S. Navy participates in the military’s first large scale amphibious operation which lands 12,000 troops on the shores of Veracruz in a single day.

1861: The Africa Squadron Disbanded after a successful run, during which 36 slave trade vessels were seized.

The introduction of ironclads to the U.S. naval fleet led to a distinct advantage over the Confederacy. In addition to the battles below, the Union blockade of all major Confederate ports shut down costal trade and ultimately contributed to the Union victory.

April 12, 1861: The first Naval shots of the Civil War are fired during the Battle of Fort Sumpter.

March 8, 1862: One of the most famous Naval battles of the Civil War, the Battle of Hampton Roads, takes place.

April 18, 1862-April 28, 1862: The Battle of Forts Jackson and St. Phillip take place on the Mississippi and results in Union victory.

April 7, 1863: First Battle of Charleston Harbor leads to the loss of one Union ironclad.

June 19, 1864: The Battle of Cherbourg results in the sinking of Confederate raider, CSS Alabama.

June 22, 1865: Final Naval shots of the Civil War are fired in the Bering Strait.

The First Official Happy Birthday to the U.S. Navy

Interestingly, the United States Navy Birthday wasn’t always recognized as October 13th. Because it had been established as the Continental Navy, disbanded, and then reestablished as the United States Navy, there was always some question as to the official Navy Anniversary. It wasn’t until designation by Chief of Naval Operations in 1972 that the Navy took a stance on this matter.

But When Is National Navy Day?

Like we said, there was some discrepancy about when to celebrate the Navy’s birthday. So, in 1922, the Navy League of the United States organized the first official Navy day for October 27th of the same year. This day was chosen because it is birthday of President Roosevelt who was an enthusiastic supporter of growing the United States Navy into the superpower it has become today.

If you love learning about military history, military holidays and events, Veterans’ benefits, or even military movies, be sure to subscribe to our military blog so you never miss another post! 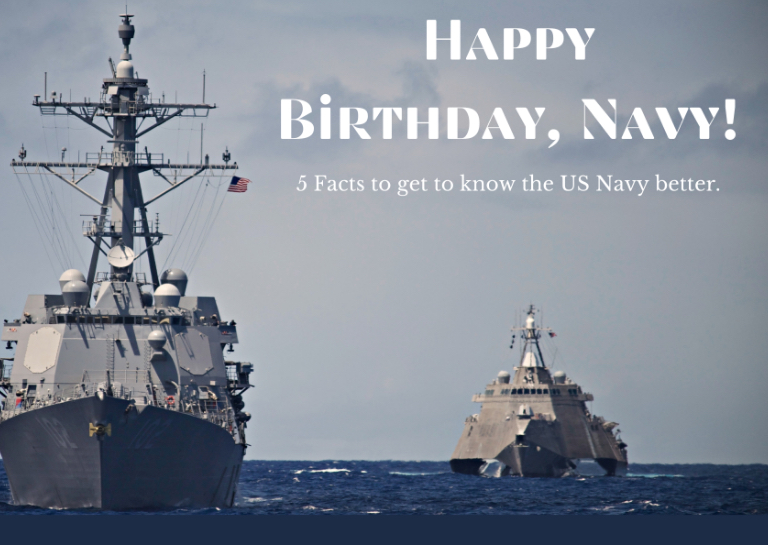