5 Facts to Celebrate the US Navy’s Birthday

You are here: Home1 / Military Blog2 / Military Branches3 / Navy4 / 5 Facts to Celebrate the US Navy’s Birthday

5 Facts to Celebrate the US Navy’s Birthday 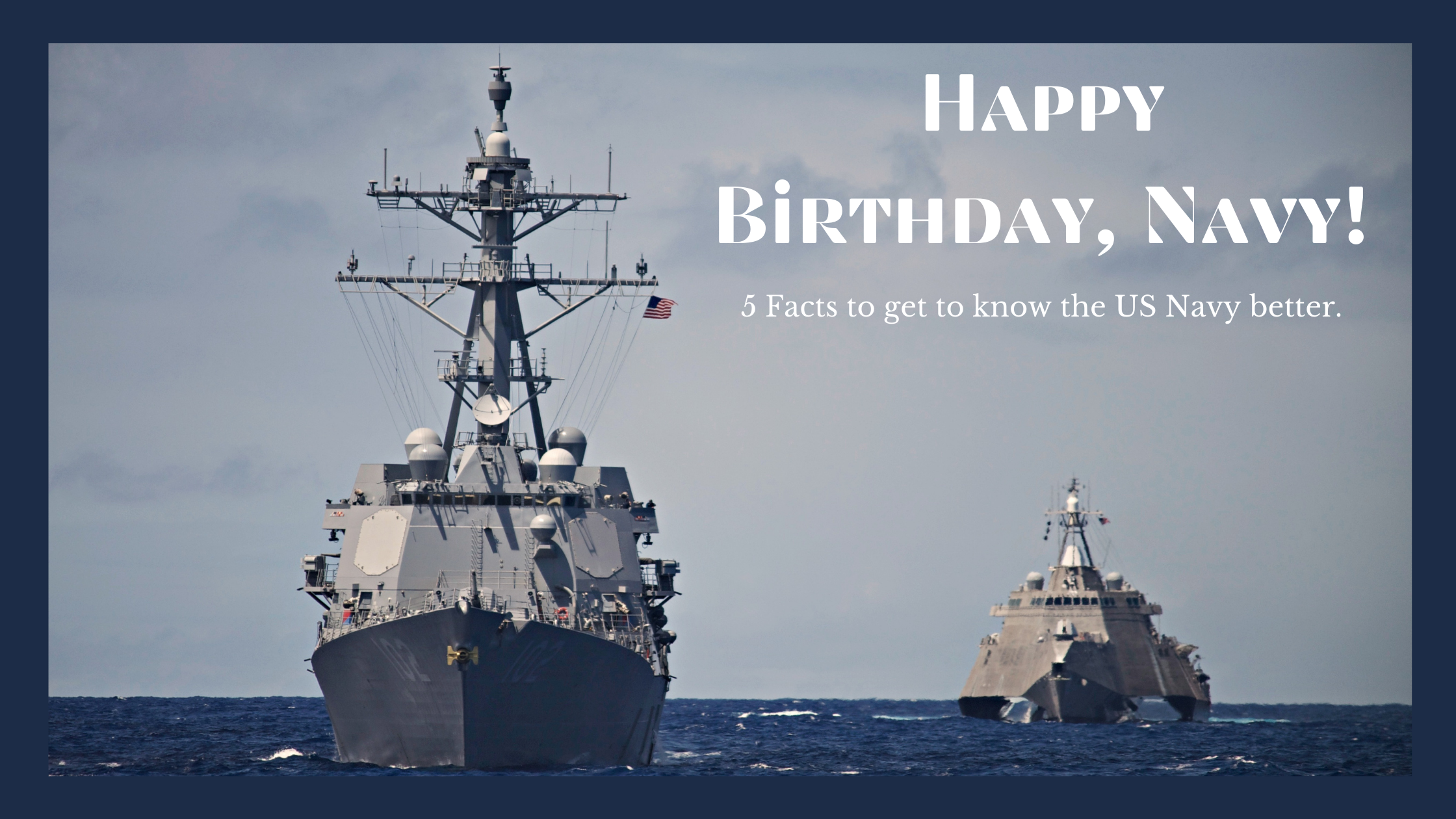 On October 13, 1775, the Continental Congress established a naval force, hoping that a small fleet of privateers could attack British commerce and offset British sea power., the original Continental Navy was formed, disbanded, and then reestablished nearly 10 years later. Today it’s the largest and most capable navy in the world, with the highest combined battle fleet tonnage. The Navy also boasts the world’s largest aircraft carrier fleet, over 300,000 active personnel, and nearly 100,000 in the Ready Reserve.

Here are five facts to get to know the US Navy and mark its birthday.