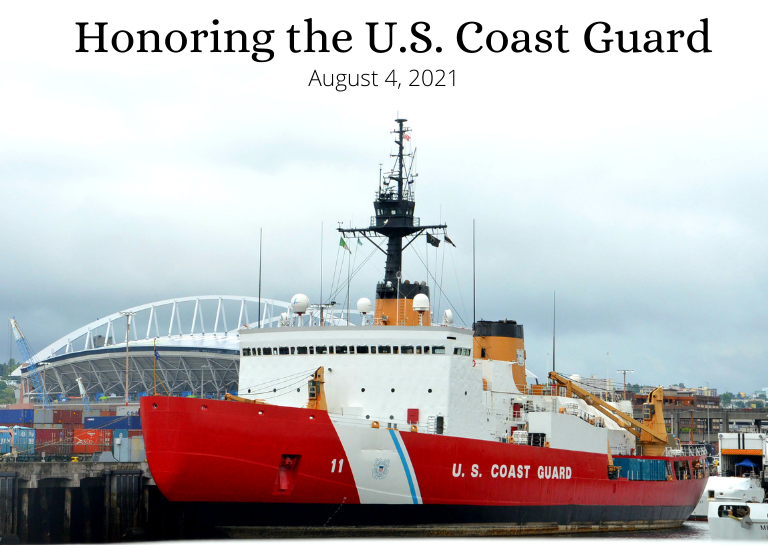 The Coast Guard is the oldest continuous seagoing military service in the country. But unlike the Army, Navy, and Marines who get a majority of the military press, the role of the Coast Guard within our armed forces isn’t always clear. So, in honor of the USCG Birthday 2021, we combined a little bit of history with some interesting tidbits as well as some Coast Guard facts and responsibilities for your perusal. We think you’ll be surprised at all the Coast Guard does to serve and protect our Nation.

Founded to combat maritime smuggling and enforce tariff laws, the coast guard was originally called the Revenue Cutter Service and was the only armed maritime force in the U.S. for nearly a decade. At the time, tariffs imposed on imported goods provided up to 90% of federal revenue, so smuggling posed a major threat to the U.S. economy.

In 1915 the Revenue Cutter Service merged with the Life-Saving Service and was officially renamed the Coast Guard. In 1939, President Roosevelt ordered the transfer of the Lighthouse Service to the Coast Guard, and seven years later congress transferred the Commerce Department’s Bureau of Maritime Inspection and Navigation to the Coast Guard, as well.

Who Founded the Coast Guard?

Given that the Coast Guard was founded in an effort to minimize federal revenue loss due to smuggling, it may not be surprising that our nation’s first Secretary of Revenue – Alexander Hamilton, established it. In fact, Hamilton is known as the father of the Coast Guard.

When was the Coast Guard Founded?

We celebrate the U.S. Coast Guard’s Birthday on August 4th. This is the date it was officially established (as the Revenue Cutter Service) in 1790.

The U.S. Coast Guard in Combat

The battle history of the Coast Guard starts almost immediately after it was established. This branch of the armed forces has played a role in every military conflict since.

Protection From the French

The Revenue Cutter Service captured 18 French ships as tensions rose between our nations after the American Revolution.

Battling the British Once More

During the War of 1812, when America battled the English Crown again, the Cutter Service took the HMS Narcissus. This was a surprising victory, as the Brits outnumbered us by more than three to one.

During the Spanish-American War, the Revenue Cutter Service took part in a U.S. blockade of Cuba. The U.S.S. Hudson even rescued a Navy ship that had come under fire. President McKinley awarded the Revenue Cutter Crew medals for their acts of valor.

The Coast Guard in the 20th Century

The Coast Guard has also assisted in landing troops on the Beaches of Normandy for the D-Day invasion, played a role in patrols and shore bombardment during the Vietnam War, and has had significant involvement in costal operations in the Middle East for years.

The Coast Guard operates close to 250 cutters – vessels that are longer than 65 feet and have a permanently assigned crew. This is in addition to the nearly 1,650 Coast Guard boats, which operate near shores and on inland waterways.

The Cutter Fleet includes National Security Cutters – the coast guard’s largest defense maritime ship at 418 feet long, of which there are nine currently in service. The National Security Cutters are replacing the smaller Hamilton-class cutters that have been in use since the 1960’s. Each of the 12 Hamilton-class cutters in service is being decommissioned, one by one. 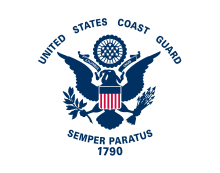 The Coast Guard motto, Semper Paratus, is at the core of all that this military branch does to serve and protect. In honor and celebration the USCG Birthday, 2021, Please join us in thanking the men and women of the Coast Guard for their commitment and bravery.

Subscribe to our military blog for more interesting facts about the Coast Guard and other branches of the armed forces, military history, Veterans’ benefits, and ways to recognize our beloved service men and women.