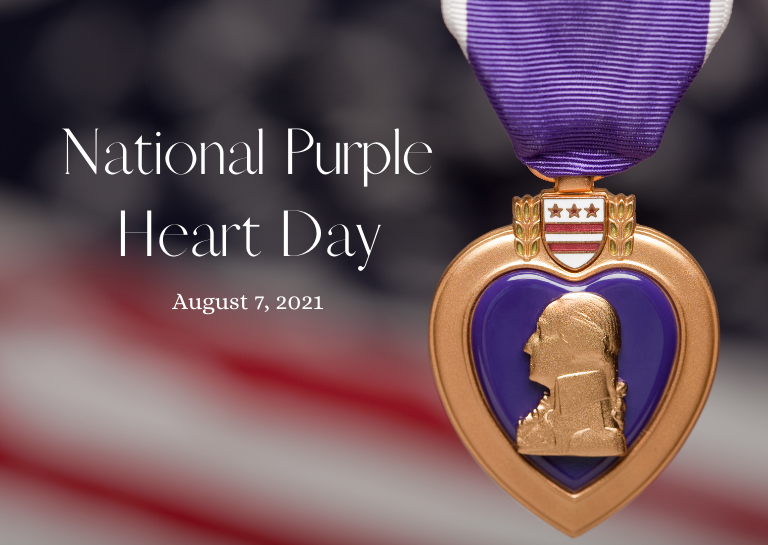 Interestingly, the history of the Purple Heart isn’t quite as straightforward as one might expect. That said, we believe that in order to properly recognize the 1.8 million service members who have been awarded a Purple Heart, we have to understand what the award is all about and how it is earned.

When Was the First Purple Heart Awarded?

The first Purple Heart ever awarded was actually called the Badge of Military Merit at the time. General George Washington established it as a way to recognize heroic acts by his troops during the American Revolution. On August 7, 1782 he issued the first three Badges of Military Merit, which were purple cloth patches in the shape of a heart.

The Purple Heart, or Badge of Military Merit, is unique in that it was the first award intended for enlisted troops. But, after General Washington issued the first Purple Hearts, the order allowing for bestowal of the award lapsed. It wasn’t revisited until February 22, 1932 – Washington’s 200th birthday. The award itself was modified into what we know the Purple Heart to be today: a purple medal with George Washington’s profile at the center, attached to a purple ribbon.

Although the award wasn’t officially available again until 1932, it was made retroactive, and was bestowed upon many soldiers who served in WWI. The first Purple Heart medal was awarded to General Douglas MacArthur. It was also at this time that ways to earn a Purple Heart were expanded upon. Upon its revival, this military honor became available not just to soldiers who demonstrated meritorious service, but also those who had been wounded by the enemy. Since then, Purple Heart honorees include some of the most famous names in military history, along with some less likely (yet just as deserving) heroes.

In 1942, meritorious service was removed as a basis upon which a soldier could earn a Purple Heart Award, meaning it was only available only to those wounded or killed in service. Concurrently, it was also made available to all who serve their country, including some civilians. This remained the case until 1997 when civilians wounded by the enemy became eligible for the Defense of Freedom Medal, instead.

So, How Do You Earn a Purple Heart, Today?

After all of that change, what’s the bottom line? To be eligible for a Purple Heart Medal today, one must meet the following criteria.

On Purple Heart Day, and every day, Military Connection honors those who have put their lives on the line to protect American citizens. We are forever grateful for your service.