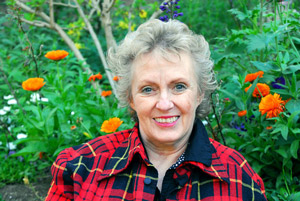 I was the nurse on a forty bed ward at Fort Ord, California. Every bed was occupied by men with combat orthopedic injuries. He arrived from Travis Airbase about 4pm, just the start of the swing shift. By Vietnam combat soldier standards, he was an old man at 25, and had lived circles around my teen combat casualty-patients.

Out of fear of rejection, more than a few soldiers do not confide in their family the extent of their injuries. With this in mind I gently asked, “Your wife? Does she know?” With two fresh bandaged stumps of what were once his legs, I could not bring myself to voice what was clouding the air between us. “Yes, ma’am, she knows” he replied, carefully dancing around the obvious, as if just pronouncing the word “amputation” would ratchet up the horror of a double amputee.

Would this woman reject you, her husband, without your legs? She was driving from Redondo Beach and would be here in a few hours. Along with the other 39 patients on the ward, we entertained a mutual unspoken fear as we awaited her arrival. Early in the evening, a woman, a bit overweight, entered the ward. No matter, skinny or pudgy, she claimed center stage for forty men and one nurse. The reunion between husband and wife was a shared event, as the ward offered no privacy, no special place for hugs and kisses from families greeting their wounded soldiers.

In she walked, her back straight and her eyes focused only on her husband. There was no tender exchange of hugs or kisses, and to my horror, her dead-pan expression registered no emotion. I sent up a quick SOS prayer, “Please God! Let her accept my soldier patient.” God answered my plea-prayer; this woman gave her husband a great gift when, without a nod or a hello, she told him, in a voice clear enough for 39 intently eavesdropping men to hear, “Get your things together, I have cleared permission, and we are going to a motel.” And then, the hold-your-breath-silence on the ward was broken, as my patients began to clap for a queen!

A graduate of Oklahoma University in 1965, Judy Crausbay Hamilton served as a USAF Flight Nurse in Southeast Asia, in and out of Vietnam. For six months in 1967, she made a service change to be a part of the US Army Nurse Corps at Fort Ord, California. Judy returned to Vietnam in 1968, working at the 91st Evac Hospital, the 24th Evac at Bihn Thuy, and the 18th Surgical Hospital Quang Tri. After returning from Vietnam, she served at Fitzsimmons Army Hospital in Denver. Now retired from nursing, Judy lives in San Diego. When she’s not busy spoiling her three granddaughters, she enjoys photography and scuba diving. And by the way, she’s a die-hard Oklahoma SOONER fan!