The Sports Headline So Many Missed

You are here: Home1 / Writer’s Circle2 / The Sports Headline So Many Missed 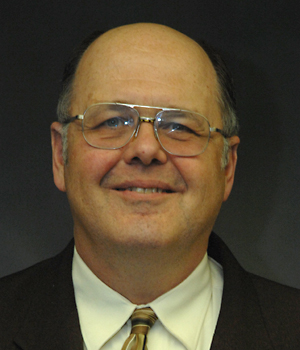 The Sports Headline So Many Missed

You can mention Manning, Tebow and Rodriguez all in the same breath, as this trio shares something very rare in amateur sports. These are the only college athletes to have earned the AAU Sullivan Award and the National Football Foundation\’s Campbell Trophy.

The NFF Campbell Trophy recognizes an individual for a combination of academic achievement, football performance and outstanding community leadership.

Unlike the two NFL quarterbacks with whom he shares this rare distinction, Rodriguez’s abilities on the gridiron are not setting NCAA records.

Coming to the United States Military Academy in the fall of 2008, Rodriguez did not play that year for the Black Knights, even as a former three-time all-state linebacker selection from Bishop Ireton High School in Alexandria, Va.

In 2009 with an injury to another player, Rodriguez was promoted to starting linebacker and excelled, leading the team with 85 tackles. Fifteen of those tackles came against Navy. The cadet grabbed a pair of interceptions and made two fumble recoveries during the season.

High hopes for the 2010 football season were dashed by a near career-ending back injury. Rodriguez trained vigorously to return and was picked by teammates to be one of the three team captains. In his final opportunity to wear the black and gold, Rodriguez accounted for a team-leading three takeaways and recorded 59 tackles during the 2011 season.

His statistics for only two years of play are commendable, but Rodriguez’s stats off the football field deserve the most attention. A 4.12 grade point average as mechanical engineering major; he earned 21 A-plus grades; placement on the Dean’s List six times and is ranked third out of 1,052 cadets in West Point\’s Class of 2012.

His family background could help explain his drive to excel. His dad, Gen. David Rodriguez, is commanding general of U.S. Forces Command and the former commander of the International Security Assistance Joint Command in Afghanistan.

His sister, Amy, recently returned from a deployment to Iraq since her graduation from West point in 2006. Dad is a member of the U.S. Military Academy Class of 1976 and Cadet Rodriguez will be the next family graduate in May.

It was the troops overseas that Rodriguez was thinking about when he accepted the AAU Sullivan Award at the New York Athletic Club, New York on March 20. “I had the opportunity to play for all the servicemen and servicewomen around the world. That\’s who my teammates and I played for, and this award goes out to them.”

The video of Rodriguez’s acceptance speech on the Army Athletics website shows a young man in the cadet uniform who is genuinely amazed that his sharing a stage five other scholar-athletes.

“At dinner I told my mom (Ginny) I didn’t even write a speech. There is no way I am going to win,” said Rodriguez. “This is an incredible honor to win this award.” noting he surrounded by players of the year and future Olympic athletes in the five other candidates.

Rodriguez is the shining example of what collegiate sports should be all about; he was selected for these national awards based on his athleticism and sportsmanship in collegiate football, as well as for his exemplary achievements off the field.

Good news for the Army, at 6’ 3” and 217 pounds Rodriguez is not what you would consider an prime NFL linebacker propect. So he will probably stay in the family business, leading troops and protecting this great nation.

Sgt. 1st Class Kryn P. Westhoven has belonged to the New Jersey Army National Guard’s 444th Mobile Public Affairs Detachment since 1975 and is currently serving on a one year deployment to Joint Task Force Guantanamo, Cuba where he is staff writer for the weekly magazine The Wire.
In civilian life he is a public affairs specialist for the New Jersey Department of Military and Veterans Affairs. He volunteers for the New Jersey State Committee for Employer Support of the Guard and Reserve (ESGR).