Military Blog
You are here: Home / Is Using Smart Drugs to Help the Military a Good Idea? 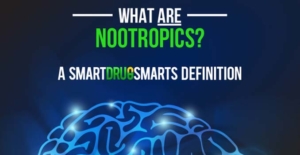 Is Using Smart Drugs to Help the Military a Good Idea?

You may have never heard of nootropics, but these so-called “smart drugs” could help our servicemembers by improving cognitive and executive functions that could lead to an increase in intelligence.

Nootropics and smart drugs are natural or synthetic substances that can be taken to improve mental performance in healthy people.

Militaries throughout the world have used or are using drugs to improve performance of soldiers by suppressing hunger, increasing the ability to sustain effort without food, increasing and lengthening wakefulness and concentration, suppressing fear, reducing empathy, and improving reflexes and memory recall.

The word nootropic was coined in 1972 by a Romanian psychologist and chemist, Corneliu E. Giurgea, from the Greek words for “mind” and “bend” or “turn.”

Caffeine is the most widely consumed psychoactive substance in the world. It’s naturally found in coffee, cocoa, tea, kola nuts and guarana and added to many sodas, energy drinks and medications.

Probably the most well-known and effective prescription smart drug is Adderall. It is used as a treatment for ADHD and has been shown to increase motivation in individuals.

Alpha GPC and Racetams, sold over the counter, have shown potential enhancements in long-term memory, spatial memory, and working memory.  The neuropeptide Noopept has the potential to enhance discipline, memory, learning, and focus. It is similar to the Racetams family of smart drugs, yet more powerful.

In the United States military, modafinil has been approved for use on certain Air Force missions, and it is being investigated for other uses. As of November 2012, modafinil is the only drug approved by the Air Force as a “go pill” for fatigue management.

Synthetic nootropic supplements like Noopept and piracetam are widely available, but research on their effectiveness in healthy adults is lacking.

Many natural nootropics are used in alternative medicine, but their effects are typically more subtle and slower acting. They’re sometimes taken in combination to boost their effectiveness.

The use of nootropics and smart drugs is on the rise in today’s society, but more research is needed to better understand their benefits.