Military Blog
You are here: Home / Veterans Can Qualify for Increased Disability due to TBI 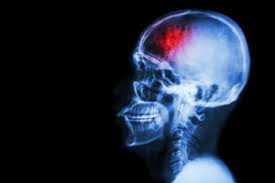 Veterans Can Qualify for Increased Disability due to TBI

Over the last several years, traumatic brain injury (TBI) has been thrust into the forefront of the consciousness of the medical community and the general public. This is in large part due to recent combat operations and subsequent recognition of this potentially “silent injury.”

Traumatic brain injury is characterized by both physical and psychological impairments, and oftentimes, veterans suffer from residual effects of TBI. In those cases, the VA may not recognize those residual symptoms as being caused by traumatic brain injury, and this creates a limitation on the benefits a veteran can receive.

There has been a big increase in the number of veterans and servicemembers being diagnosed with TBI. Issues caused by TBI include cognitive deficits, speech, language, sensory, perceptual, vision, hearing, smell, taste, and emotional, social and physical changes.

TBI symptoms may include:

Individuals with a history of TBI often receive a rating and compensation for “disability”. In order for a veteran to receive the highest overall rating due to TBI, he or she should file a claim for every symptom caused by TBI and classify it as secondary to TBI, not just the overall diagnosis of TBI.

For veterans who have already filed a claim for general TBI, they should file each unrated symptom as a new claim and state that each TBI symptom is “secondary to TBI.”

Veterans who believe that the VA has underrated their conditions should get a second opinion from an accredited attorney or a veteran’s service officer.  If this is done less than one year after the rating decision is issued, the veteran may be able to appeal the decision to maximize the backpay.

Is Using Smart Drugs to Help the Military a Good Idea? Cyber Officer Rank Flexibility Timely in Response to Threats from Iran and ... Scroll to top
Follow a manual added link