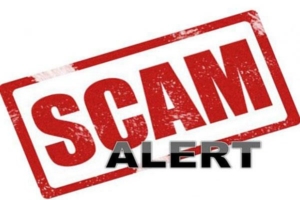 Many charities do a great job supporting our nation’s military and veterans, but there are some charities that exploit donor generosity. Now the Federal Trade Commission (FTC) has joined forces with the National Association of State Charity Officials (NASCO) to educate consumers so that they can make better choices with their donated funds.

Operation Donate with Honor is a nationwide law enforcement and education initiative to stop veteran-related charity fraud. Charity regulators from 70 offices, including every state, Washington D.C., Guam, American Samoa, and Puerto Rico, joined the FTC in this initiative, announcing more than 100 law enforcement actions targeting veteran-related charities and fundraisers. This unprecedented cooperative effort signals that charity scammers who prey on Americans’ patriotism and generosity should beware…law enforcement is watching – and taking action.

“Not only do fraudulent charities steal money from patriotic Americans, they also discourage contributors from donating to real Veterans’ charities,” said Peter O’Rourke, Acting Secretary for the U.S. Department of Veterans Affairs.

To make sure you donate wisely, it’s a good idea to do your research, ask questions, be careful how you pay, and watch out for scammers and spoofers.

For more information on Operation Donate with Honor, along with details of two complaints filed against organizations as part of the initiative, visit www.ftc.gov/news-events/blogs/business-blog/2018/07/operation-donate-honor-law-enforcers-unite-challenge.