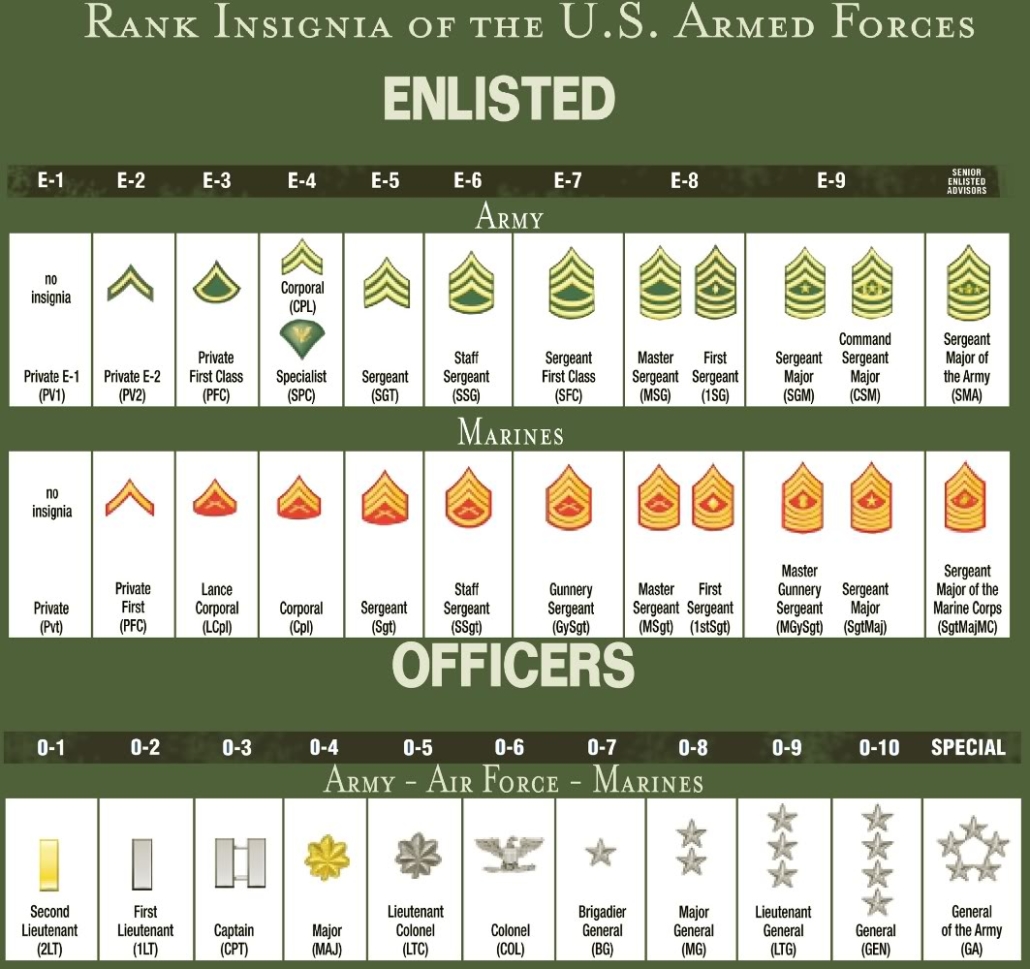 Sergeant, Major, General, 5 Star, Corporal…the list goes on and on. For many of us we hear these words used ahead of someone’s name and we know it means SOMETHING in how high up the chain of command they are within their branch of the military but have no actual clue where that rank falls, what it means and how that service member earned that rank.

Annually, more than 180,000 people enlist in the armed forces, and another 20,000 people become officers. The requirements, commitments and responsibilities are different for enlisted service members vs. officers.

Enlisted personnel have specialties within the Military. They perform specific job functions and have the knowledge, skills and abilities to ensure the success of their unit’s mission. Officers manage enlisted personnel; they plan missions, provide orders, and assign tasks. They are the problem solvers, influencers and planners who lead the enlisted personnel.

Enlisted service members sign a contract between them and the Military. Enlisted personnel serve until their contract ends, and then renew it or leave the Military.

Officers fall into one of two categories: Commissioned or non-commissioned. A commissioned officer holds a commission from the President of the United States and can command those under him or her, both officers and enlisted personnel. They include first and second lieutenants, captains, majors, colonels, lieutenant-colonels and generals.

The enlisted ranks are also broken down into two parts, junior enlisted, which in the Army would be private (PV1) through specialist (SPC), and NCO (Non-commissioned officer), corporal through sergeant major of the Army.

In the Air Force, airman basic (AB) through senior airman (SRA) is junior enlisted, where staff sergeant (SSGT) through chief master sergeant of the Air Force is an NCO.

In the Navy and Coast Guard, junior enlisted starts with seaman recruit (SR), and the NCO ranks start at petty officer third class (PO3) and go through to master chief petty officer of their respective service. 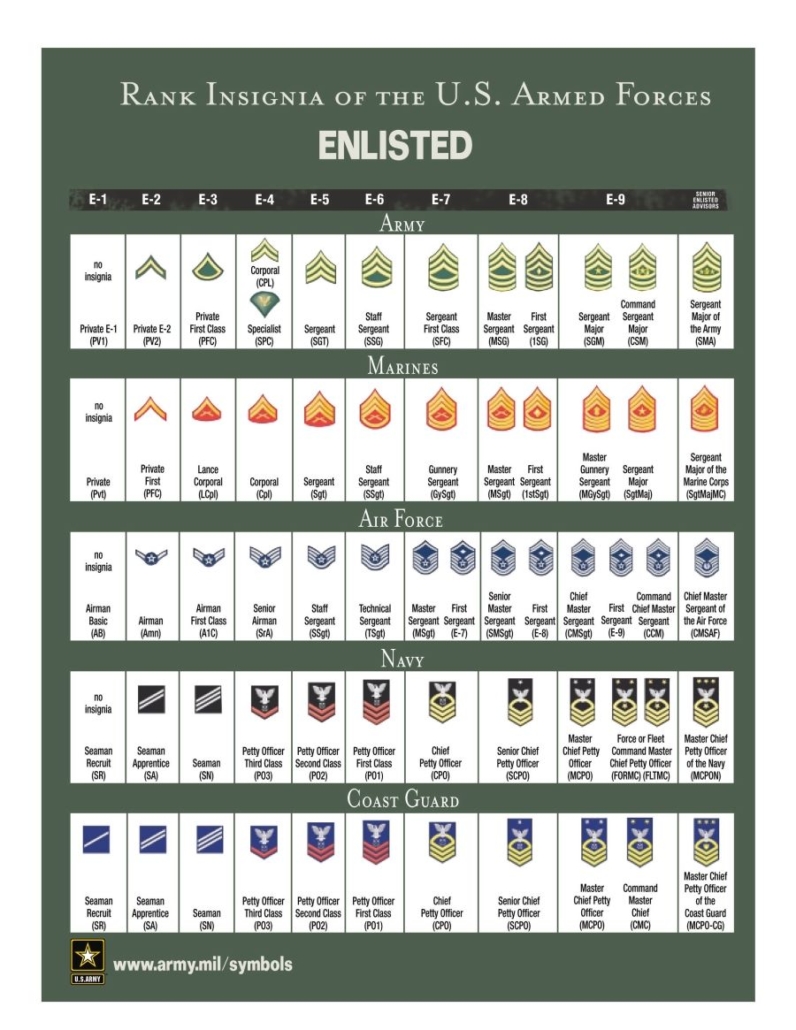 Officers are generally college-educated and commissioned by authority of the president. Officer ranks are pretty straightforward. For example, second lieutenants in the Army and Marine Corps are generally platoon leaders, first lieutenants often hold the position of executive officer at the company level, and captains are company commanders.

Major is for the most part a staff position and lieutenant colonel is a battalion commander, whereas a full bird colonel would be a brigade commander. Brigadier general is again a staff position, while major general would be a division commander. Lieutenant generals and generals are lofty positions and can serve in a variety of roles. General of the Army (or General of the Air Force, or Navy First Admiral) is only used during wartime to ensure that the United States has a top rank equivalent to our allies.

United States military seniority is the method by which the US military determines precedence among commissioned officers, in particular those who hold the same rank. Seniority is used to determine assignments, tactical commands, promotions and general courtesy. To a lesser extent, historical seniority is used to recognize the status of honor given to early United States military leaders such as inaugural holders of certain ranks or those officers who served as leadership during major wars and armed conflicts. 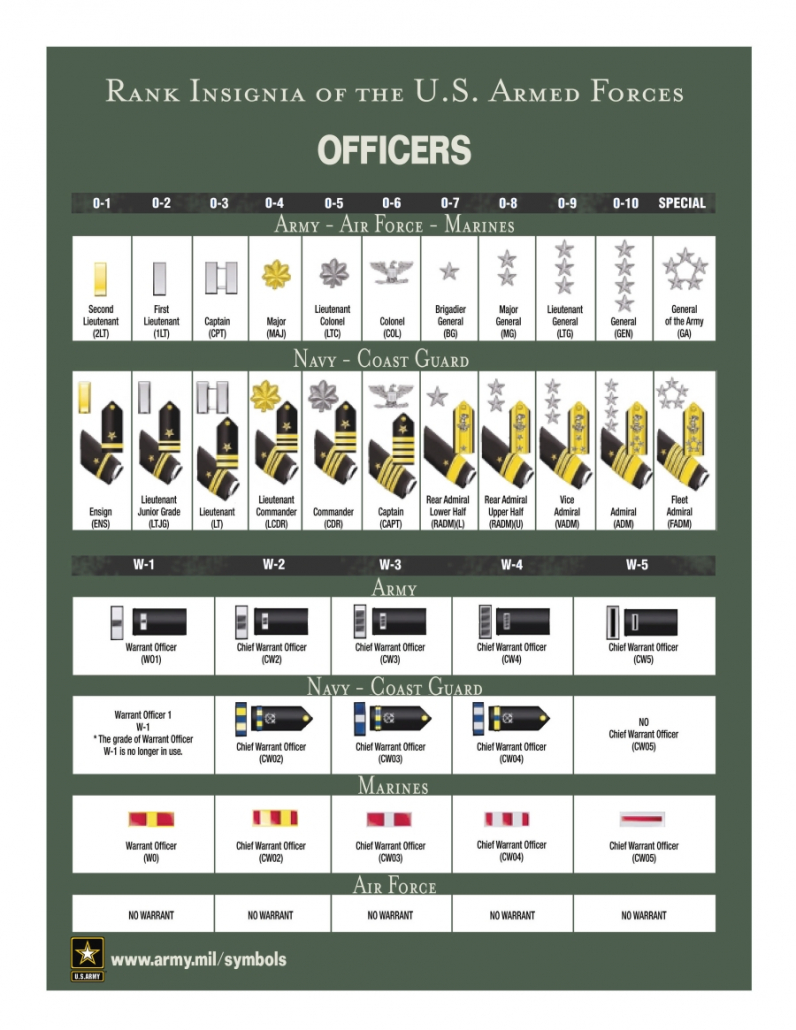 The Goldwater–Nichols Act of 1986 created the position of VCJCS to assist the Chairman in exercising his or her duties. Per the Department of Defense,  in the absence of the Chairman, the Vice Chairman presides over the meetings of the Joint Chiefs of Staff and all other duties prescribed under 10 U.S.C. § 153 and may also perform other duties that the President, the Chairman, or the Secretary of Defense prescribes. 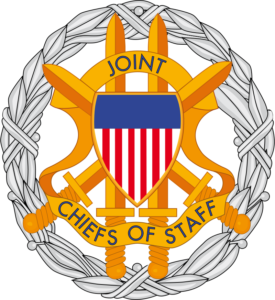 Each military branch has distinct insignia worn to represent the rank of each enlisted or commissioned service member and officer. In some cases placement may be different for each branch and within the same branch when worn on a dress uniform versus an everyday or active duty uniform.

When addressing a service member, it’s important to understand who wears what and why. Here’s a breakdown of the insignia for each rank: 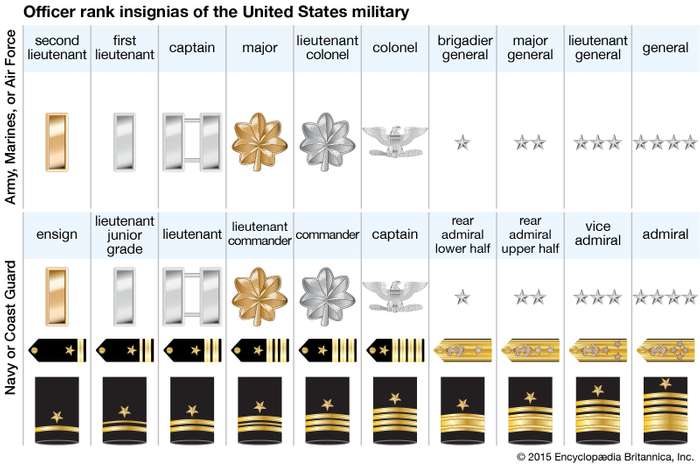 You can learn what the insignia look like for each rank in each service branch by visiting the Department of Defense’s chart of officer and enlisted insignia.

Military Discounts – 8 Links to Save You Money While Shopping