Military Blog
You are here: Home1 / U.S. Army Has Canceled Enlistment of Hundreds of Immigrant Recruits 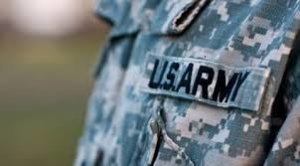