Military Blog
You are here: Home / The Importance of PTSD Awareness Month 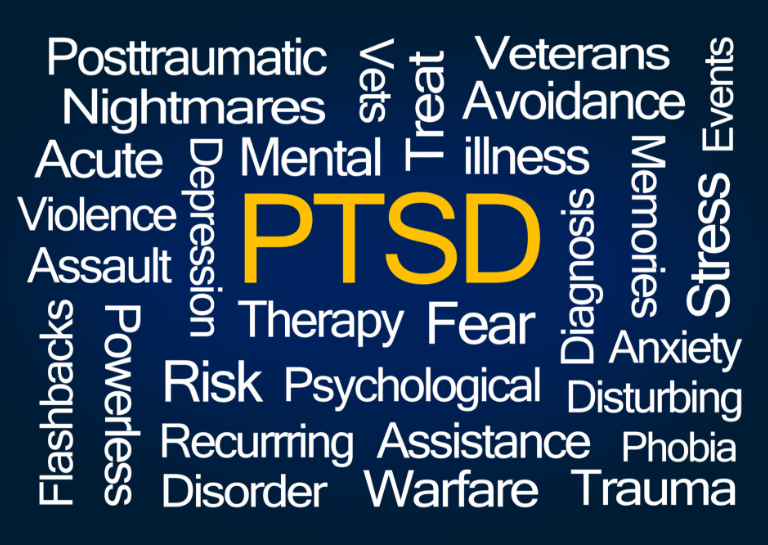 The Importance of PTSD Awareness Month

The goal of PTSD Awareness Month is to “raise public awareness about issues related to PTSD, reduce the stigma associated with PTSD, and ensure that those suffering from the invisible wounds of war receive proper treatment.” S RES 481

Post-Traumatic Stress Disorder (PTSD) is psychological condition triggered by a traumatic event. Usually this trauma involves witnessing or experiencing the threat of injury or death.

PTSD has been plaguing trauma victims forever. It wasn’t until the early 1900’s that the disorder became widely recognized. That is when the term “shell shock” was used to describe the psychiatric symptoms often experienced by veterans of World War I.

In the years since, terms describing these symptoms have evolved. In 1980, Post Traumatic Stress Disorder became an officially recognized diagnosis within the medical community.

Nearly 20% of those who experience a trauma will develop PTSD. At this time, it is estimated that 7 million Americans have been diagnosed with the disorder. Since many PTSD sufferers do not seek professional help, it is likely that the actual numbers are significantly higher.

During a traumatic experience, the sympathetic nervous system releases adrenaline and other stress hormones. These hormones make it easier to fight or flee. Pupils dilate, resulting in improved visual acuity. Heart rate increases, flooding the circulatory system with additional oxygen. Blood flow is directed towards large muscles, providing a few moments of extra strength and speed.

Once the threat passes, a separate set of hormones is released that return everything to normal. Senses dull, heart rate slows, blood is again directed towards internal organs.

PTSD symptoms develop when stress hormones remain present for longer than normal. In this case, the body is unable to return to baseline. Human physiology is simply not equipped to withstand a heighted level of arousal for long periods of time.

So given the exact same trauma, what causes one person develop PTSD while another does not? At this time, the specific mechanism that prevents some people from “coming down” is not clearly understood. However, it seems likely that there are several physiological factors at play.

Scientists continue research to determine who is at greatest risk of PTSD. Extensions of these findings may eventually aid in the creation of both PTSD treatment as well as interventions which prevent or reduce the severity of PTSD symptoms before they occur.

Examples of Trauma that Can Lead to PTSD

The official PTSD definition can be a little misleading with its reference to the threat of injury or death. This is because the way a person perceives a traumatic situation determines whether they are at risk for developing PTSD. Meaning, it doesn’t matter whether a person’s life was actually at risk. It matters whether they believe it was.

The early signs of PTSD can be easy to miss. Learning how to help someone with PTSD, or even simply identify symptoms, begins with recognition. This is why PTSD Awareness Month is so vital to the mental health of veterans and civilians alike.

Symptoms of PTSD generally develop within three months of a traumatic event. There are several types of PTSD symptoms, most of which fall into one of four categories.

This can come in many forms including flashbacks, repeated memories or nightmares, even adverse reactions to events which remind a person of their trauma.

Avoidance may mean general detachment, but often describes an inability to remember all or part of the traumatic event. It can also mean avoiding circumstances which elicit memories of the event itself.

Alterations in arousal or reactivity

Someone who struggles with altered arousal might startle easily, find it difficult to concentrate, experience outbursts of anger, or remain hypervigilant at all times.

Depressed mood and persistent guilt are common among PTSD sufferers. Mood alterations may result in social withdrawal and can have a negative impact on day-to-day functions.

Along with psychological symptoms, there are a few physical PTSD symptoms to be aware of as well:

There are several factors involved in diagnosing PTSD. Criteria include the type of symptoms, how long they’ve been going on, and their overall impact. Only a doctor can provide an official diagnosis, so it’s important to discuss all PTSD symptoms with a healthcare professional.

Treatment is available, even for those who have been living with PTSD for years. Of course, the first step to treating PTSD is receiving an accurate diagnosis.

It is important that trauma survivors manage their feelings and emotional experiences. Counselling, psychotherapy, and cognitive behavioral therapy (CBT) all have their place in an effective PTSD treatment plan.

Medications can be used to manage PTSD symptoms, too. Most fall into the category of anti-depressant or anti-anxiety prescription drugs. It’s important to note that every person responds differently to medications. Patience is key, as it can take a bit of trial and error to develop an effective drug protocol.

It’s no secret that physical activity can improve the quality of life for those who live with a psychological disorder. Movement helps the body produce anti-depressant and anti-stress hormones. For this reason, physical activity is especially helpful for PTSD patients.

By destigmatizing the disorder and bringing awareness to its symptoms, PTSD Awareness Month aims to ensure that our service men and women who suffer from PTSD have effective support systems and treatment options available.

If you believe you or someone you know may be suffering with PTSD, it is important to seek professional medical help. In addition, the following resources may be of value:

The Fisher House Foundation: A Home Away from Home