Military Blog
You are here: Home1 / JEDI: A Job Opportunity For Those Leaving Military Service 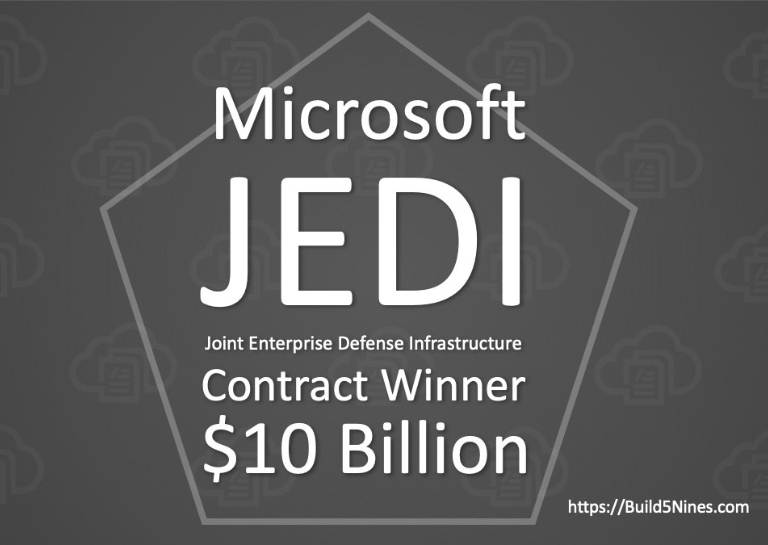 JEDI: A Job Opportunity For Those Leaving Military Service

The data of the United States armed forces has been unprotected for too long.

The government will soon be adopting cloud technology as part of the federal government’s 2018 plan to update its IT system.

For those who are not in the world of tech, the Information Technology (IT) team of any organization is the department that collects, stores, processes, and protects a company’s data.

The tasks of a good IT defense system include:

The way our government’s IT upgrade is to be funded is a project called the JEDI initiative, or the JEDI contract. Between 2018 and late 2019, JEDI was basically a competition between traditional defense contractors and commercial IT organizations such as Amazon and Google. The goal of this $10 billion competition is to provide the armed forces with cloud infrastructure to host and distribute mission-critical information to operators around the globe.

In October of 2019, the Pentagon selected Microsoft as the winner of the major contract. Amazon was initially the favorite to win, but the executive office intervened after the president looked into the contract.

Amazon Web Services (AWS) was the original frontrunner in JEDI. Any former military service members with IT experience should consider applying to AWS if they are looking for a reliable and well-paid job in technology.

Amazon was the first stop made by then-Defense Secretary James Mattis, who was the first to order the Department of Defense to create space for JEDI in the budget. This came after Hilary Clinton’s email scandal, when the federal government was preoccupied with the impending need for the government to establish cyber national security. One of the ways government has achieved that since then has been the use of a cloud access security broker.

Since the Pentagon chose Microsoft for JEDI, Amazon has launched a lawsuit against the federal government claiming that the Pentagon’s evaluation contained “clear deficiencies, errors, and unmistakable bias.”

The reason why Amazon has made this claim is because it says that Trump viewed Amazon Chief Executive Officer Jeff Bezos as a “political enemy.”

The Project on Government Oversight, a watchdog advocacy group, says that improper influence by the president and a inappropriate refusal to participate in the inspector general’s investigation by the White House has led to a “$10 billion mess.”

If you find yourself looking for a job after military service and you have tech training, you would have an advantage if you apply to become of the 151,000 people Microsoft employees.

Microsoft has now beaten out all competitors, both defense contractors and commercial providers. It is tasked with the overhaul of the DoD’s IT infrastructure. The existing system was notoriously easy to penetrate and must be fortified with upgraded cyber defenses and strong encryption.

The main innovations out of silicon valley in the last few years include artificial intelligence and machine learning. These are some of the mechanisms which must now be applied to our national defense.

JEDI also includes funds for tactical devices which are described in the contract as “ruggedized, durable, and portable compute and storage.” The Pentagon states it needs its devices from Microsoft to be battle-worthy for the “full range of military operations.”

The goal of JEDI is to deploy “the most innovative and secure commercially available technology to satisfy the urgent and critical needs of today’s warfighters,” says Toni Townes-Whitley, Microsoft’s president of U.S Regulated Industries.

The fast-moving technological world we live in has the potential to disrupt every single industry on the planet. This has already been seen in everything from oil drilling to air travel. The fuel for these powerful exponential changes is data. It all comes down to data. Having secure information storage systems to protect records, accounts, and project management is especially essential when combatant’s lives are on the line.

Since roughly 2018, the American government has been working on becoming impervious to attack by upgrading our IT. Good IT practices not only give users better remote access and greater safety, but they also let us get more done.

If you want to bring your tech skills to civilian life, working with Microsoft or Amazon are good options.

IT is valuable no matter where you go. It is a way to cut bureaucracy in the government and a way to whip companies into faster, more effective action.

The Importance of PTSD Awareness Month