According to an Institute for Veterans and Military Families (IVMF) report entitled, “The Force Behind the Force: A Business Case for Leveraging Military Spouse Talent,” military spouses are not faring as well as their civilian counterparts.

There are more than one million active duty, guard, and reserve military spouses, more than 15 million veterans’ spouses, and an estimated 5.8 million surviving spouses of veterans in the U.S.

Yet, military spouses are largely overlooked as part of a talent pipeline.

The IVMF report, sponsored by Syracuse University and funded by Prudential Financial, was launched July 14, 2016. It is the first in a series of three research papers as part of an overall study on military spouse employment.

It also found that military spouses have a significantly higher unemployment rate (almost three times as many) as their civilian peers. When looking for reasons why there is this disparity, the report found that it was due to factors such as frequent relocations,  a lack of childcare, and the responsibility of single-parenting due to the absence of their active duty spouse

But employers may be missing out if they choose not to hire military spouses. As a rule, they are educated, motivated to work, and have numerous attributes that are valuable in the workplace.

“This research highlights that military spouses bring a variety of business enhancing characteristics to the workplace–such as diversity, resilience, adaptability and high civic-engagement–and offers a compelling business case to recruit and hire them,” said Dr. Nick Armstrong, senior director of research and policy at IVMF.

Additionally, each year, military spouses provide billions of dollars worth of free labor through their volunteerism.

It is often said that military spouses also serve. Their impact on military readiness and retention is invaluable.
“Military spouses are a great source of talent and an integral part of our talent pipeline strategy,” said James Beamesderfer, vice president, Veterans Initiatives at Prudential. “We know that more than one third of them say they are unemployed or underemployed. We want to help turn that around by providing them with meaningful career opportunities. That’s why we’re working with the IVMF to fund the research and share best practices with other employers.” 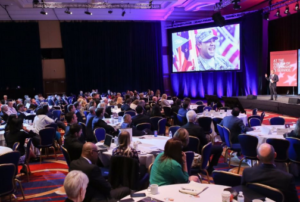