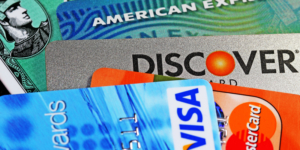 But the rule was put in to play to thwart payday lenders who prey on the military community. There was the potential that some predatory credit cards could evolve in the future.

“As it will become more difficult for payday lenders to continue to make loans to service members, there was the chance payday lenders could try to evolve their products to become credit card products,” said Christopher Peterson, a professor of law at the University of Utah, who has conducted research on payday lending and effects on the military community.

Predatory lenders have been very resourceful in their attempts to take advantage of military members and their  families. So for the last several years, the DoD has been working to keep in front of them.

Many unscrupulous lenders salivate over the prospect of lending to people with financial immaturity and a steady income, such as young adults who have just started a four-year enlistment.

In October, 2016, the DoD implemented expanded rules to include all types of consumer credit, such as overdraft lines of credit, deposit advance loans and installment loans extended to active-duty members and their dependents.

It is important to remember that the rule only applies to new credit cards obtained since the rule went into effect. Service members with questions about the rule or who think that a new card doesn’t comply with the rules can see their judge advocate general for legal advice.