You are here: Home1 / divorce 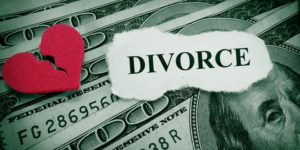 Without question, divorce is traumatic for any family. The division of assets is handled differently in every divorce case, and also depends on the law of the state where the divorce case is pending. A service member’s military pension/retired pay can be a valuable asset in a divorce, legal separation or dissolution of marriage.

In 1982 Congress passed the Uniformed Services Former Spouse Protection Act, which allows state courts to treat disposable retired pay either as property solely of the member, or as property of the member and his spouse in accordance with the laws of the state court. But there is no concrete rule in the act to determine the appropriate division of retired pay.

A state court can divide retired pay in any way it chooses (subject to the laws of that state). All 50 states treat military pension as marital or community property. And the state court can award a share of the military retired pay to a former spouse of military member, regardless of the length of the union.

While disability pay is not subject to division as property, it is subject to garnishment for alimony or child support.