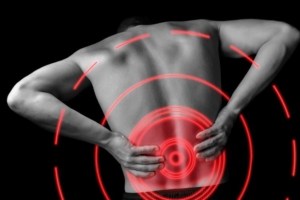 Sharp v. Shulkin may be a game-changing decision for many disabled veterans who suffer from injuries to the back, neck, and joints.

Bobby P. Sharp, a Korean War veteran who suffers from numerous musculoskeletal injuries, argued in his lawsuit that the VA medical examinations he received were inadequate because he was never asked about the frequency, duration, characteristics, severity, or functional loss when he was having a flare up that resulted in 10 out of 10 pain.

The court agreed that the system was inadequate, and now the VA must now ensure that Compensation and Pension (C&P) examiners do not overlook flare-ups and pain when assessing a disabled veteran.

The ruling also specified that the VA must try, whenever possible, to schedule the C&P examination when the veteran is experiencing a flare-up.

If that is not possible, the veteran can submit evidence for consideration, such as their own description of the flare-ups and pain they experience, or they can submit a “buddy statements” from a person who knows the veteran and can testify to the extent of their suffering. 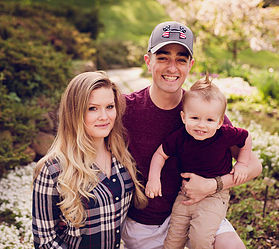 On July 5th, Stephen Coning, a 26-year- old veteran who had served three deployments as a Marine Infantryman, tragically took his own life. Coning was part of the infamous 2/7 Marines, a unit that has been plagued by a suicide rate sixteen times that of the national average.

Two days later, the Department of Veterans Affairs released data showing that the rate of suicide for those who served is much higher than for civilians. But despite that connection, the VA does not presume all suicides to be “service connected.”

After Coning transitioned out of the military in 2013, he went to school on the GI Bill and got a job as a veterinary tech.

Although Coning was a great father, he had trouble sleeping, was short-tempered, and didn’t do well in crowds. He always wanted his back to a wall. His wife, Sky, believed her husband had post-traumatic stress disorder, but he was never tested for it by the VA.

“The VA recommended that he go through PTSD testing but he did not,” she says. And not getting tested had consequences that her husband surely never intended, as there is no medical record that Coning was depressed or had PTSD.

With nothing formal to show a strong connection between his time in Afghanistan and his suicide, the VA can’t rule his death service connected.

If a veteran has been rated as 100 percent disabled, or has a VA diagnosis linked to suicide, then the VA can pay several thousand dollars for a funeral and grant a surviving spouse a monthly support payment. But without proof a death is connected to military service, the VA pays just a few hundred dollars for burial and can help find a plot in a cemetery.

Unofficial help has come from the local Indiana state VA, which used a discretionary fund and paid thousands of dollars for the funeral. Additionally, the Marine Corps League covered Sky’s mortgage for two months, and many strangers have contributed to the family’s GoFundMe page.

Also, the anti-suicide group Spartan Weekend donated $4,000 for Coning’s burial, and has started a memorial fund in his name. They are also petitioning to increase the amount the VA pays for burials, even if they’re not service connected.

Sky will now need to collect testimony from friends and family that her husband’s 30% VA disability rating for nerve damage and hearing loss was not the only disability her husband had. Only then might the VA grant service connection and pay benefits and burial. 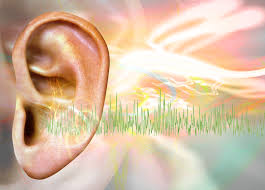 When it comes to veteran disabilities, tinnitus comes in at number one. Over 150,000 veterans were diagnosed with tinnitus in 2015, and nearly 1.5 million veterans are currently receiving disability benefits for it.

While the ringing, hissing, or other sound in the ears or head associated with tinnitus present affects at least one in every 10 American adults, veterans have higher rates. This is more than likely a result of the noise levels veterans encountered while in the military, given the close proximity to gunfire, machinery, aircraft, etc.

Subjective tinnitus is a condition whereby only the sufferer can hear the noise produced within their head, and objective tinnitus is a condition whereby others are able to hear sounds like clicks or crackling inside the middle ear. Tinnitus is just a nuisance for some, but for others, it can be a life altering condition, leading to debilitating mental health problems such as depression and anxiety

While there is no specific cure for tinnitus, identifying the specific cause through testing (lab work, X-rays and balance tests) can result in eliminating it. But unfortunately, many causes cannot be identified.

The majority of people with tinnitus, about 80 percent, are not bothered by it; it doesn’t affect their sleep or their ability to concentrate. The small percentage of people who struggle with the noise in their head can be more prone to other. It is not yet understood why tinnitus affects people so differently.

For veterans who may have the symptoms of tinnitus, it is important to apply for disability benefits from the VA. Then, the VA will schedule an exam for you with an auditory specialist. If the doctor determines you have tinnitus or any related conditions, you will receive a disability rating that can lead to disability benefits.