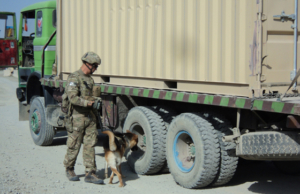 Guard members will continue to serve 39 days a year — one weekend each month and a 15-day training exercise.

Guard Soldiers respond when disaster strikes at home and also answer the call when the country needs them, all over the globe. Theirs is a unique dual mission–serving both community and country.

Beginning in 2018, brigade combat teams will have four rotations to the combat training centers at Fort Irwin and Fort Polk annually.

The 2018 budget request seeks to add 7,000 new Guardsmen to the force.  The focus will now shift to more specialized deployments, that is, sending units with mission-specific skills to carry out operations. As a result, he believes soldiers will benefit in the form of more flexibility.

With that said, the new system and increased training commitment could end up costing Guardsmen more time away from their day-to-day lives, as well as their families. But the hope is that increased flexibility will make up for it.

Kadavy is proud of the men and women under his command and what they have accomplished after more than a decade of war. And with this new plan, which Kadavy calls “Army National Guard 4.0,” he believes he will be shaping the National Guard for the 21st century, the one that will meet the future requirements and demands of the nation.

“We had to take some good hard looks at what we would have to do if we received a demand to mobilize units quickly to a contingency anywhere around the world, say in 15, 20, 30, or 60 days and what type of readiness would we use if we had to achieve that,” Kadavy said. “That’s different than what we were doing over the last 15 years of war.”