Military Blog
You are here: Home1 / New Mission at the VA is Service 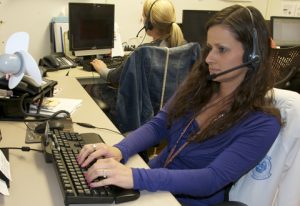 New Mission at the VA is Service

There is a new plan in the works to make customer service at the Veterans Administration (VA) priority one.

VA Secretary Robert Wilkie said that he has the commitment of Defense Secretary Jim Mattis to work together on developing a new electronic “patient-centered health care system.”

Wilkie referenced his late father, a severely wounded warrior, who had to hand-carry his 800 pages of medical records to ensure he received the proper care at the VA.

Retired Army Lt. Col. Robert Leon Wilkie Sr. was severely wounded in the U.S. operation in Cambodia. The senior Wilkie had been a strapping 240 pounds before he was wounded in 1970. He returned home weighing 115 pounds.

“The VA is about serving veterans,” said Wilkie. “My prime directive is customer service.”

And customer service is what Wilkie is confident should improve under the VA Mission Act, which was recently signed into law. Increased funding as a result of the Mission Act, which is projected to cost more than $50 billion over five years, should alleviate many of the problems associated with the previous Choice Program.

Wilkie, a former assistant secretary of defense under President George W. Bush and former undersecretary for current Defense Secretary Jim Mattis, replaced David Shulkin, who was fired amid ethics charges and internal rebellion over the role of private care for veterans. Wilkie is tasked with delivering on President Trump’s campaign promises to fire ineffective VA employees and steer more patients to the private sector.

But Wilkie also realizes that veterans need care from providers who can speak “in the language of veterans” and who “know what you’ve been through,” an option that the private sector cannot provide.”

The private sector also “cannot replicate” what the VA does on spinal cord and traumatic brain injuries, prosthetics, services for the blind, and suicide prevention, Wilkie said.