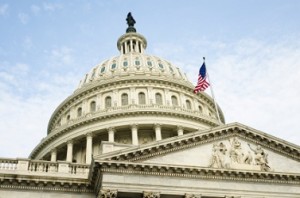 Since the November elections, we have all heard about the  arrival of a new and different Congress in 2015.

This new class will add to an already diverse Congress, with nearly 100 Hispanic/Black/Asian lawmakers. Additionally, there are 104 female lawmakers between the House and the Senate.

But the new arrivals on Capitol Hill also add to the diversity through representation of another group-Veterans.

The four new Veterans that the House is welcoming are:

Martha McSally, from Arizona’s 2nd District. McSally is a retired Air Force Colonel (O-6). Col. McSally was an aviator,  the first woman to fly in combat.

Lee Zelden is the new representative from New York’s 1st District. Zelden was a commissioned officer in the Military Intelligence Corps of the U.S. Army. He was deployed to Iraq with the 82nd Airborne in 2006. Zelden is still a Major (O-4) in the Army Reserve.

Ruben Gallego is the new representative from Arizona’s 7th District. Gallego is a Veteran of the Marine Corps, and deployed to Iraq with Lima Company 3rd Battalion 25th Marines (Lima 3/25).

Seth Moulton is the new representative from Massachusetts 6th District. Moulton served in the Marine Corps from 2001-2008 as an infantry officer, and reached the rank of Captain (O-3).

Last year, there were 108 members of Congress who had military experience, 20% of the total. Adding more Veterans to the mix in Washington is crucial to the Veteran community, as Vets gravitate towards one another. As an example, Moulton and Gallego both graduated from Harvard and are reported to have mutual friends in common. Veterans, just as they did when they were in uniform, tend to look out for each other, and understand the needs and the issues concerning their fellow Veterans.

Beyond what they can do for Veteran-friendly legislation, those who served are proven problem solvers and bound to mission accomplishment. Adding these Veterans to the ranks on Capitol Hill could do much to whip Washington into shape and get things done. Who knows, maybe they will even raise Congress’s approval level!