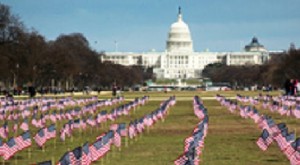 On Tuesday, February 3, 2015, the Clay Hunt Suicide Prevention for American Veterans (SAV) Act H.R. 203 was passed in the U.S. Senate, just weeks after the 2014 version of the bill failed.

It has been a hard-fought battle to get this bill to the president’s desk, one that made giant strides forward last year, only to lose ground, and ultimately fail. But in the end, the perseverance of Veterans and those who care for the well-being of these heroes won the day. Their fortitude pushed to make sure that the Clay Hunt SAV Act 2015 passed through both the House and the Senate.

On December 9, 2014, the Clay Hunt SAV Act 2014 H.R. 5059 passed the House and was rushed into the Senate, with a chance of being passed before Congress broke for the year. The bill was blocked from a Senate vote by Senator Tom Coburn. Coburn stated that the bill did not do enough for its $22 million price tag, and didn’t add anything new that other federal, state and local programs weren’t already attempting to provide for Veterans in crisis. Coburn had already announced that his retirement from politics would commence at the end of 2014.

The Clay Hunt SAV act then headed once again to the Senate, where many speculators felt that the bill would be met with little resistance this time around. Only three weeks after failing in the Senate the first time, the measure was passed by a vote of 99-0 with one senator not voting.

The Clay Hunt SAV Act is intended to be a major remedy for the high rate of suicides among Veterans, which is estimated to number approximately 8,030 per year, an average of 22 per day.

Provisions in the bill are expected to increase Veterans’ access to mental health care by:

The Clay Hunt SAV Act now heads to the White House, where it is expected that President Obama will sign the bill into law.