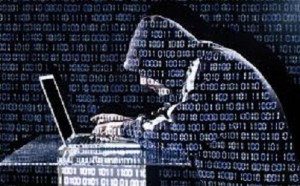 In this age of digital records and online applications, there is much to be gained by using the internet to conduct business, including time and efficiency. In recent years, the U.S. Department of Veterans Affairs (VA) has implemented programs to that end, including  MyHealtheVet system and the eBenefits system. While web-based systems are improving the speed and quality of claims processing and record keeping capabilities, there is a huge risk when transferring personal information electronically. One of these risks pertains to identity theft.

In late 2014, the VA sustained a data breach, putting 7,050 Veterans at risk of identity theft.

According to the VA, over 690,000 Veterans took advantage of the My Health eVet system in 2014. The VA believes that a potential flaw in one of its telehealth services patient databases, managed by one of its vendors, may have exposed personal information of Veterans. The contractor alerted VA of the alert in early November.

At that time, the VA launched an investigation and ordered security scans to be conducted. The results of the investigation confirmed the flaw. However, the vendor has assured the VA that the information was only accessed by their staff and VA personnel. The flaw was corrected and the program has been closely monitored ever since. The VA didn’t name the contractor involved.

The type of security flaw was one that could have exposed Veterans’ personal data, including name, address, date of birth, email address, phone number and VA patient identification number.

The VA has not taken the protection of Veterans’ personal information lightly. Since the flaw was found, all 7,054 at-risk Veterans have been notified and offered credit protection services.

This latest security concern adds to a plethora of concerns that the VA is already dealing with, including its backlog, patient wait-times, and the lingering distrust from the scandals of 2014. Even though this was a contractor database, and not one run by the department, in spite of  the fact that the VA handled the situation correctly once they were made aware, the potential flaw puts Veterans at continued risk and keeps the VA in hot water.