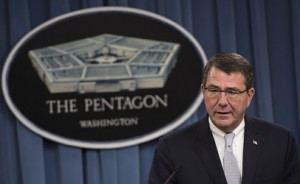 Last week, the Senate confirmed Ash Carter as the next Secretary of Defense by a vote of 93-5.

Mr. Carter’s appointment will make him the fourth Defense Secretary in six years. Carter replaces Chuck Hagel, who resigned in November over what many claim to be a mutual frustration between Hagel and the Obama Administration.

One top priority on Carter’s to-do list will most likely be rallying support in Congress for the president’s proposal, facilitating the use of force against Islamic State militants in Iraq and Syria. Legislators from both parties and in both houses of Congress have expressed their concerns over the proposal.

“I’ll be entirely straight and upfront with the president and make my advice as cogent and useful to him in making his decisions as I can,” Carter vowed at his confirmation hearing.

As Secretary of Defense, Mr. Carter faces the daunting task of heading a military that is pressured by Congress to spend less money, while maintaining a formidable military.  This expectation comes at a time when the world is dealing with the Islamic State and other terrorist militants, the conflict between Russia and Ukraine, and other brink-of-war occurrences. Adding to the pressure is the eventual troop withdrawal from Afghanistan, preventing circumstances similar to those in Iraq, where more than a decade of work could be undone by extremist groups, following the departure of U.S. forces.

As for the new Defense Secretary’s stances on current politics, Carter told the Senate Armed Forces Committee that he would consider recommending an altered strategy for withdrawing forces from Afghanistan by the end of 2016, if the situation calls for it. He also told the committee that he was inclined to support providing defensive lethal aid to Ukrainians battling Russian-backed separatists.