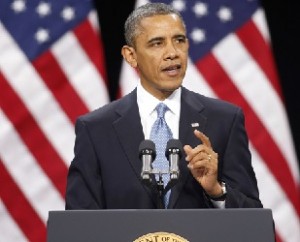 Since last August, when President Obama authorized the use of airstrikes against the terrorist group the Islamic State, known as both ISIS and ISIL, there have been numerous opinions regarding the situation. But the vast majority of criticism about the president’s military strategy against the ISIS/ISIL in both Iraq and in Syria is that airstrikes and advisor-role personnel would not be enough to get the job done.

President Obama is expected to ask Congress for a new Authorization for the use Military Force (AUMF) against the Islamic State sometime this week. Since August, the president’s authority to carry out missions against the Islamic state have been reliant on congressional authorizations that President George W. Bush used to justify military action after the 9/11 attacks.

Several critics of President Obama and the airstrikes contend that the use of these authorizations is, at best, a legal stretch. But the president maintains that he had the legal authority to launch airstrikes and to send U.S. military personnel to train and assist Iraqi security forces against the Islamic State. The Obama administration wants to get a new AUMF, with bipartisan support from Congress.

The president and several leaders from both parties and in both houses will most likely face pretty stiff resistance in getting the AUMF approved. Authorizations to declare or carry out varying degrees of war are among the most difficult issues to get through Congress. As it stands now, many Democrats will be reluctant to approve new war powers unless there is a clear deadline or some way to pay for the military operation. There are also Republicans who believe that their constituency would not approve of their support for another war in Iraq. There are also rumors of Republican leaders who would be against granting President Obama the authority he seeks.

But the president has said that he does not intend to deploy a combat force, though many believe that option ought to be available. There are currently 2,378 American military personnel in Iraq, training and advising the Iraqi security forces. If approved, the AUMF could allow the president to deploy up to 20,000 U.S. service members to fight against the Islamic State. However, the president has maintained that he is not actively seeking to deploy a ground force at this time.