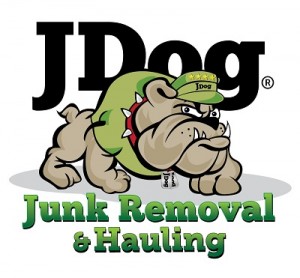 Veterans are hard working, decisive, experienced leaders who excel at mission accomplishment.  And, once their service to their country has been completed, Veterans are more likely than their civilian counterparts to become self-employed. Their skill set and experience make Veterans successful entrepreneurs, especially as franchisees operating under an established umbrella organization. At the top of premiere franchising opportunities for Veterans is Philadelphia-based JDog Junk Removal  (“JDog”).

Operating on the principles of respect, integrity and trust, JDog is the first company to build a national military Veteran brand that can lead the markets it enters.  The company offers junk removal and hauling, and sells franchises exclusively to active duty military, reservists, Veterans and their family members.  JDog operators are immediately recognizable by their “military themed vehicles” and uniforms that feature their mascot, the military bulldog.

Reflecting the company’s exclusive military roots, JDog franchise owners apply military discipline to transport, sort, recycle or donate the items they pick up.  JDog also works closely with local and national organizations such as Goodwill, Habitat for Humanity, local schools, churches and hospitals.  The company says it plans to donate 10% of its net income to the Veteran causes designated by its franchisees.

JDog franchisees also make it their priority to hire fellow Veterans, helping other military family members transition to civilian life. This priority hiring initiative helps answer the national call to hire Veterans, and is one more way to significantly reduce the Veteran unemployment rate, especially among those who served in Iraq and Afghanistan.

Started by Army Veteran and current CEO Jerry Flanagan, JDog’s brand revolves around the American public’s support of current and former military service members, and the belief that those who serve know how to get the tough jobs done. When given the choice, the American public will always chose to support a Veteran business.

“The first thing they teach you in the service is punctuality, respect and work ethic,” Flanagan said. “I am always on time for every customer, respect their needs and follow through as expediently as possible. Those skills were emphasized in my military training and they still guide me. I think that people who served make great franchisees, because they apply this same discipline to everything they do. And as more veterans join what I call the JDog Movement, we all benefit from the company’s growth.”

JDog’s Joint Chiefs Advisory Board, headed by retired Marine Major General Douglas O’Dell and retired Army Captain Larry Liss, provide valuable mentorship and guidance to franchise owners.  JDog also provides franchisees with a detailed operations plan to help get them up and running quickly and profitably, as well as the support of a national brand. Qualified franchisees can also tap into federal, state and local programs, benefits and resources that assist Veterans along the way.

JDog requires an initial franchising fee of $25,000, one of the lowest franchising rates around. In addition to this affordable franchise fee, JDog is offering a limited time discount of $5,000, making JDog Junk Removal one of the most affordable options to allow Veterans to realize their dream of financial independence.

If you want to join a proven brand with a business strategy that will benefit you as a hardworking, motivated entrepreneur, then JDog Junk Removal is for you.

JDog currently has locations in Pennsylvania, Texas, Florida and Tennessee, and is actively looking for qualified franchisees to join the JDog Movement nationwide. For more information on how you can own your own JDog Junk Removal franchise, visit http://jdogjunkremoval.com/own-a-franchise/