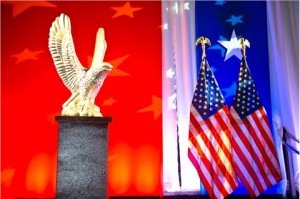 Now in its 20th year, the award is the highest recognition given by the U.S. Government to employers for their support of their employees who serve in the Guard and Reserve. Up to 15 awards are presented each year to employers in three categories, large business, small business and the public sector.

The Freedom Award was created to publicly recognize employers who provide exceptional support to their Guard employees and Reserve employees. It is the highest in a series of employer recognition awards given by the Department of Defense. Nominations must come from a Guard or Reserve member who is employed by the organization they are nominating, or from a family member.

Senior DoD and other officials and representatives of prior recipient organizations will narrow the field of 30 nominees to fifteen Freedom Award recipients, to be honored at the Secretary of Defense Employer Support Freedom Award ceremony. The field began with 150 semi-finalists.

Family and Employer Programs and Policy Acting Director M. Alex Baird said “Among thousands of employers across this great nation, these 30 employers have gone far above and beyond what is required to provide exemplary support to our military men and women as well as their families,”

Companies in the running are:

Christ’s Church of the Valley

College of the Ozarks

None Such Farm, Inc.

Previous winners include Bank of America, McDonnell Douglas, Tektronix, Inc. and National Life of Vermont. If you would like to view all past recipients, visit http://www.freedomaward.mil/PastRecipientsView.aspx .

At MilitaryConnection.com, we tip our hat to these outstanding employers as finalists for the prestigious 2015 Secretary of Defense Employer Support Freedom Award.