Military Blog
You are here: Home1 / Medal of Honor to be Awarded to Marine for Hue City Heroism 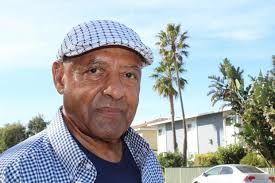 A retired Marine credited with saving the lives of countless members of his company during one of the bloodiest battles of the Vietnam War will receive the Medal of Honor, thanks to the efforts of Congresswoman Julia Brownley (D-CA) and a group of Marines who witnessed his heroics.

Retired Sgt. Maj. John Canley, 80, of Oxnard, California, was a company gunnery sergeant with 1st Battalion, 1st Marines who led more than 140 men through a week-long battle to retake Hue City in 1968 after his company commander was seriously injured.The average age of those fighting in the Vietnam War was just 19,and Canley said he was honored to be able to provide that.

He was also credited with braving heavy enemy fire to bring several wounded Marines to safety . Canley initially received the Navy Cross, as well as two Bronze Stars and a Purple Heart, for his actions overseas.

Former Pfc. John Ligato, one of the Marines who fought alongside Canley in Vietnam, called him “totally fearless. Ligato and his fellow 1st Battalion Marines have been on a mission for the last 15 years making calls, taking Marines’ statements and writing letters to see Canley get the recognition he deserved.

In 2014, one of the Marines reached out to Brownley, who represents Canley’s district, and it was with her help that the Department of Defense offered to review the recommendation to upgrade Canley’s Navy Cross.

“Sergeant Major Canley truly exemplifies the kind of courage and bravery for which this honor is awarded,” Brownley said in a written statement. “He is a true American hero and a shining example of the kind of gallantry and humility that makes our Armed Forces the best military in the world.”

To work around the requirement that the Medal of Honor must be awarded “within five years after the date of the act or service justifying the award,”Brownley authored H.R. 4641, which permitted the president to bestow the prestigious award to Canley. Trump signed the resolution into law earlier this year.

“I know this sounds strange, but he wasn’t one of these gruff, screaming guys,” said Ligato. “You did stuff for him because you didn’t want to disappoint him. You followed him because he was a true leader — something you need in life-and-death situations.

“He was totally fearless,” Ligato added. “He loved his Marines, and we loved him back.”

Ever humble, Canley said, “It’s more about them than me. This is about the young Marines that sacrificed so much. I just happened to be their leader.”