Military Blog
You are here: Home1 / Ketamine Being Considered By VA Emergency Treatment for Patients At High... 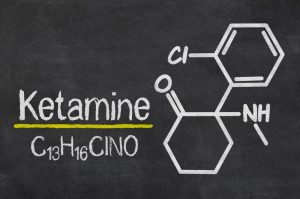 An anesthetic that is also used as a ‘club drug’ may be able to reduce suicidal thoughts and be a useful treatment for depression.

The Veterans Affairs medical center in Cleveland, Ohio, led by Dr. Punit Vaidya, is using low-dose ketamine infusion therapy as a way to expand treatment options for patients with severe cases of depression that don’t respond to antidepressants.

While Ketamine is a promising drug for treating acute, severe depression, it also has a high potential for abuse. But for those who are at imminent risk of suicide, it may be the best alternative. Additionally, it is fast-acting, with results seen within a day, if not hours.

“It’s quite rapid when you compare it to a traditional medication that is offered for depression, and when it comes to suicidality there’s no other medication that’s been demonstrated to have a rapid effect,” said Vaidya. “Unfortunately about 30% of individuals with major depression don’t respond to medications, so people can become desperate for things that work, because they can have a huge impact on their quality of life, and their overall functioning,” he added.

John H. Krystal, MD, Director of the Clinical Neurosciences Division of the VA National Center for PTSD, was among the first researchers to study ketamine’s antidepressant effects on humans. Many patients with treatment-resistant depression and thoughts of suicide respond well to the drug, usually within 24 hours of the first dose.

“Ketamine seems to rapidly and robustly improve symptoms, even for individuals who have tried a myriad of other medications and treatment approaches with little to no benefit,” Krystal said in a statement.

The scientific explanation of the way that ketamine works in depressed patients is that it grows synapses in areas of the brain that have atrophied, namely the hippocampus and prefrontal cortex.

The same dissociative properties that made ketamine a popular party drug are what make the medication effective in treating severe depression. Disassociation from thoughts could result in the ability to see problems and issues in perspective, rather than all-consuming, with no way out.