Military Blog
You are here: Home / Fleet Week 2016 Coming to the Port of Los Angeles 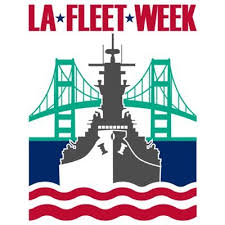 The mayor of Los Angeles, Eric Garcetti, proudly announced that his city has been selected as an official Fleet Week market.

The Port of Los Angeles will host L.A. Fleet Week, in which active military ships will be on public display, culminating on 2016’s Labor Day holiday.

“As a Navy reservist representing a city and port with a rich military history, it’s an honor to announce the addition of Los Angeles to the Navy’s annual Fleet Week roster,” said Garcetti. “

“L.A. Fleet Week at America’s Port will be a great annual tradition for Angelenos to visit the L.A. waterfront, tour ships, enjoy a variety of activities and gain a deeper appreciation of our enlisted men and women.”

Fleet Week will give civilians access to ships and equipment. Among the week-long events will be meetings between the Navy and local first responders, an air show, and participation of U.S. Marines and Coast Guardsmen.

“L.A. Fleet Week will be a fantastic opportunity to showcase the greatest fleet and sailors in the world [to] further strengthen the connection between the citizens of Los Angeles and their Navy,” said Vice Admiral Nora Tyson. “We look forward to participating in this exciting event and appreciate the opportunity to bring the Fleet to L.A.”

Port of Los Angeles Executive Director Gene Seroka said the goal is to “work with partners — like the Battleship Iowa, the United States Navy League and a host of other local stakeholders — to develop LA Fleet Week into a world-class event and honored Labor Day holiday tradition here in Southern California.”

If you would like to receive updates regarding this event, you can do so at http://www.lafleetweek.com/