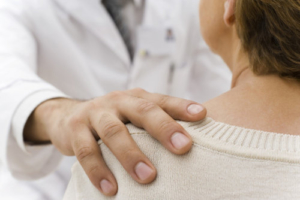 An Oceanside, California physician contracted to evaluate patients for the Department of Veterans Affairs in regards to disability compensation cases is now facing sex assault charges filed by four female patients he examined in 2015 and 2016. His alleged victims are between the ages of 24 and 54.

Dr. Edgar Manzanera is currently out on bail, but is facing four separate felony counts of sexually penetrating the women with a foreign object. He is also accused of violating California’s professional code for health providers by allegedly making sexual contact with his patients.

Manzanera’s arrest came two days before one of his former patients filed a series of lawsuits in state and federal courts against the doctor, the VA and his former employer, QTC Medical Services.

Manzanera was alone with one woman patient and instructed her to strip to her underwear and put on a loose-fitting gown. The accuser’s attorney said there was no medical reason” for her to disrobe, given the evaluation she was getting. He then told her to hold her gown up higher and  higher until she was holding it so high that it was over her head, and she could not see what he was doing.

“This doctor violated the trust that these women who have ties to the military had in him,” Deputy District Attorney Claudia Plascenia said. “They went to QTC to receive medical treatment and what happened to them was unacceptable. They were sexually abused by this individual who held himself out to be a physician and abused that trust.”

The Medical Board of California has suspended Manzanera’s medical license during criminal court proceedings.

Because the charges relate to veteran patients, they’re also being investigated by the VA’s Office of Inspector General and the Medical Board of California.

If convicted on all counts, Manzanera could spend 14 years in prison.