Military Blog
You are here: Home1 / Delays Common for Caregiver Benefits for Vietnam Vets and their Famili... 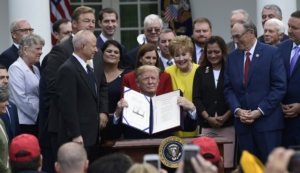 Delays Common for Caregiver Benefits for Vietnam Vets and their Families

A law passed in 2010 limited the VA’s Comprehensive Assistance for Family Caregivers program to post-9/11 veterans. But on June 6th, President Trump signed the VA Mission Act which eliminates the 9/11 limitation in stages. Eventually, the program will extend the benefit to veterans of all eras.

The first phase of the expansion is supposed to go to the caregivers of veterans who suffered severe, service-connected wounds or injuries before May 1975, when the Vietnam War ended for the U.S.

“When he came home after a year in military hospitals, he weighed less than half of what he did when he left us,” Said Secretary Wilkie. “I watched his agonizing recovery, and that experience was on my mind when I was asked to come to the VA.”

But even having Wilkie championing the cause doesn’t alleviate the problems the system is fraught with.

Rep. Phil Roe, R-Tennessee, chairman of the House Veterans Affairs Committee, weighed in by saying, “There has been miscommunication, confusion, and frustration from veterans, caregivers, and VA employees alike concerning practically every aspect of this program — from eligibility determinations to clinical appeals to revocations and more.”

The bill, which passed in May, had strong support in Congress, passing with a vote of 345-70 in the House, and 92-5 in the Senate. But expanding the program will be costly, and no one in government is exactly sure how to pay for it.

Up to $70,000 Offered by Marines to Re-enlist and Become Squad LeadersAttention Veterans: IRS May Owe You Money Scroll to top
Follow a manual added link