Military Blog
You are here: Home1 / Are Crewless Ships in the Navy’s Future? 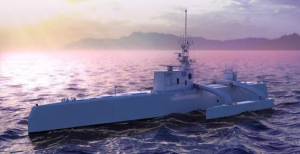