Military Blog
You are here: Home / Can Military Dependents be Forced to Repay Their Parents’ GI Bill 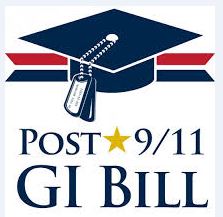